Australian Open: Iga Swiatek advances to 4th round with win over Daria Kasatkina

Consequently, although the competitiveness of any given game was closer than the final scoreline suggests, the Pole had an iron grip of scoreboard momentum throughout 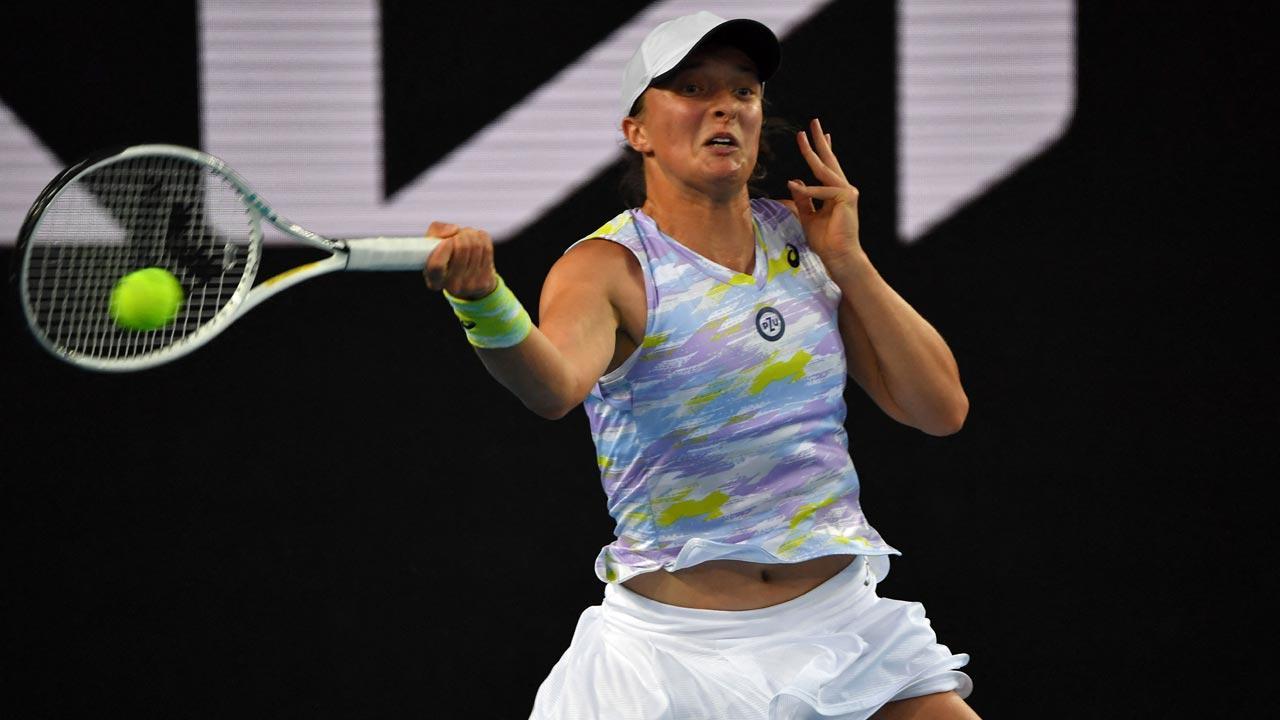 
Seventh seed Iga Swiatek advanced to the fourth round of 2022 Australian Open after beating No 25 seed Daria Kasatkina, here on Saturday. The 20-year-old Swiatek wrapped up an impressive first week at the Australian Open with a 6-2, 6-3 win over Kasatkina, though the scoreline does not reflect the toughness of the 1-hour, 34-minute battle. She will now meet Sorana Cirstea, who upset No 10 seed Anastasia Pavlyuchenkova in three sets.

The win puts former Roland Garros champion, Swiatek, into the second week of a sixth successive major, and third Australian Open in a row. She has reached at least the fourth round in nine of the 12 Grand Slams she has contested. In Melbourne this week, she has yet to lose more than five games in any of her matches.

Swiatek finished with more winners than Kasatkina (24 to 13) and fewer unforced errors (35 to 37). In total, there were eight games that went to at least one deuce. Swiatek won all five in the first set, and two out of three in the second. She also converted four out of eight breakpoints, while saving eight of nine against her.

Consequently, although the competitiveness of any given game was closer than the final scoreline suggests, the Pole had an iron grip of scoreboard momentum throughout.

Kasatkina came up with several moments of magic but she was unable to translate that often enough into winning games. By contrast, Swiatek's finest striking, particularly on a forehand that garnered her 12 winners, frequently came at the sharp end of those long deuce tussles.

"For sure, that was a really intense match. I feel like I'm playing better and better every match, so that's positive. Tactically, I did a pretty good job of not letting her use her topspin on the forehand, and I'm glad that I was the first one to switch the direction may be to the line so I could have more initiative," said Swiatek.

"I'm aware, and that gave me a little bit of doubt before the match. That was another thing that I had to overcome because I wanted to at least do the same result as I did in previous years. But it's not a good way to focus on that. I am pretty proud that today I could overcome that attitude of looking to my past achievement.

Because right now I'm kind of in a different tennis life. I switched my coach, I'm focusing on different stuff, and I'm trying to only look at the positives and on what's going to be forward," she added.

Next Story : Australian Open: Rafael Nadal enters round 4 with a four set win over Khachanov