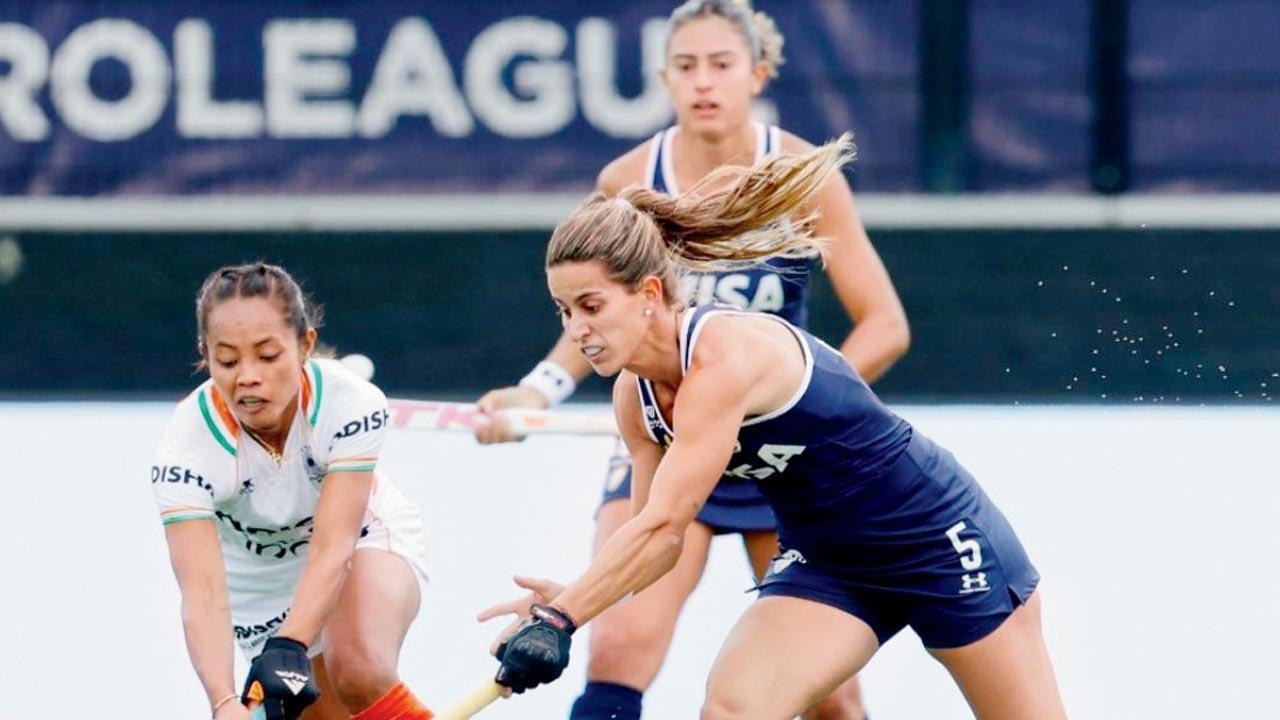 
The Indian men’s and women’s hockey teams suffered losses on Sunday in the second game of their FIH Pro League double header against The Netherlands and Argentina respectively.

The Indian men lost 1-2 to The Netherlands while the women were beaten 2-3 by Argentina. Abhishek scored the opening goal for India before Guus Jansen and Jorrit Croon netted one each to help the Dutch win the contest.

In the women’s match, Argentina got their goals through Delfine Thome, Eugenia Trinchinetti and Agustina Gorzelany, while India reduced the margin through Salima Tete and Deep Grace Ekka. A day earlier the Indian men had lost 1-4 via shootout to The Netherlands while the women had beaten Argentina 2-1 via the shootout.