The nail-biting contest went into three sets, with the first one being won by Prannoy, but the Chinese player made a stunning comeback to clinch the match 19-21, 21-6 and 21-18 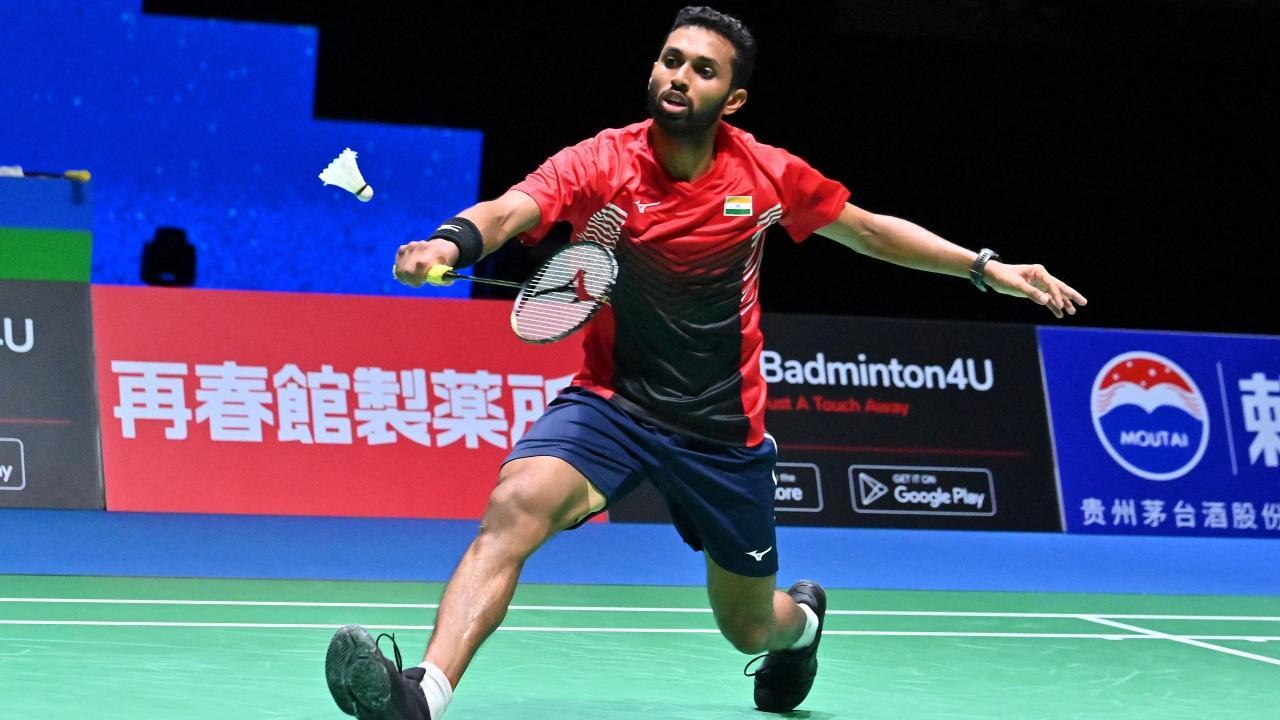 H.S. Prannoy of India hits a return against Zhao Junpeng of China during their men's singles quarter-final match on day five of the World Badminton Championships. Pic/ AFP


The medal hopes for India in the men's singles category fluttered out after Prannoy HS was knocked out in the quarterfinals of the BWF (Badminton World Federation) World Championship today. In a match that lasted over an hour, the Indian was up against Chinese shuttler Zhao Jun Peng.

The nail-biting contest went into three sets, with the first one being won by Prannoy, but the Chinese player made a stunning comeback to clinch the match 19-21, 21-6 and 21-18.

Prannoy fought with great valour during the entire match but could not take down his opponent, who proved good on the given day.

Playing on court two, the Indian made sure that he did not miss chances to build pressure from the beginning, and continued his good run of form which helped him to edge past Lakshya Sen in the previous round. The shuttler was brilliant with his play and ensured he capitalized on false shots from his opponent, winning the first set.

The second set was a one-sided affair with Prannoy losing his rhythm and giving away easy scoring opportunities. Zhao made him pay for his lack of concentration and won the set, without having to put much effort.

The deciding set was a close-knit affair with long and engaging rallies, powerful smashes and deft netplay testing the best of both the shuttlers. It took great effort from the Chinese to advance to the next round as Prannoy played his heart out. In the final moments of the set, Zhao proved his mettle and pipped the Indian to secure a medal in the tournament.

Prannoy shared a tweet in which he thanked his supporters.

He said, "This one will hurt for a while. Gave my all today but was not enough to get into the World Championships podium once again. Proud of the way I played this week. Thanks for all the support. Earlier, the Indian shuttler had knocked out Lakshya Sen to advance into the quarterfinals of the tournament in a thrilling encounter 17-21, 21-16, 21-17.

Did you know you can turn your gym-wear into a formal attire?