Bengal’s Achinta adds his name to India’s golden weightlifting brigade at CWG with fine show in 73kg; dedicates medal to family and elder brother, who quit bodybuilding to support his dream 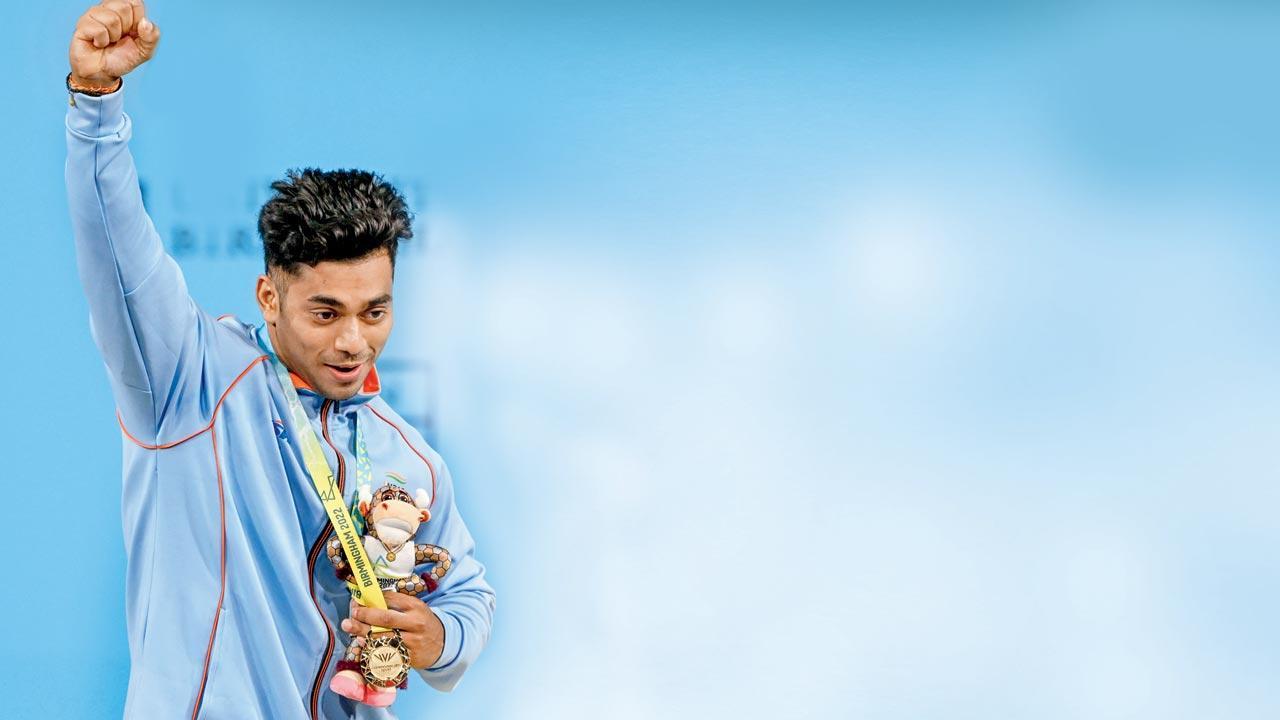 India weightlifter Achanta Sheuli with his gold medal in Birmingham on Sunday. Pics/PTI


The gold rush from the Weightlifting Hall continued for India as the Achinta Sheuli, 20, the son of a rickshaw driver, who grew up in a village, two hours from Howrah, picked up the yellow metal in the men’s 73kg category on Sunday night.

The simple lad, who confesses that he owes his career to his family and especially his brother, Alok, who supported him and sent him money during his training, dedicated the medal to all at home. Achinta himself took to do tedious embroidery work to support his family.

The siblings lost their father early, but elder brother, Alok, who himself loved weightlifting and working out at the gym for bodybuilding, chose to sacrifice his own interest to support his younger brother. 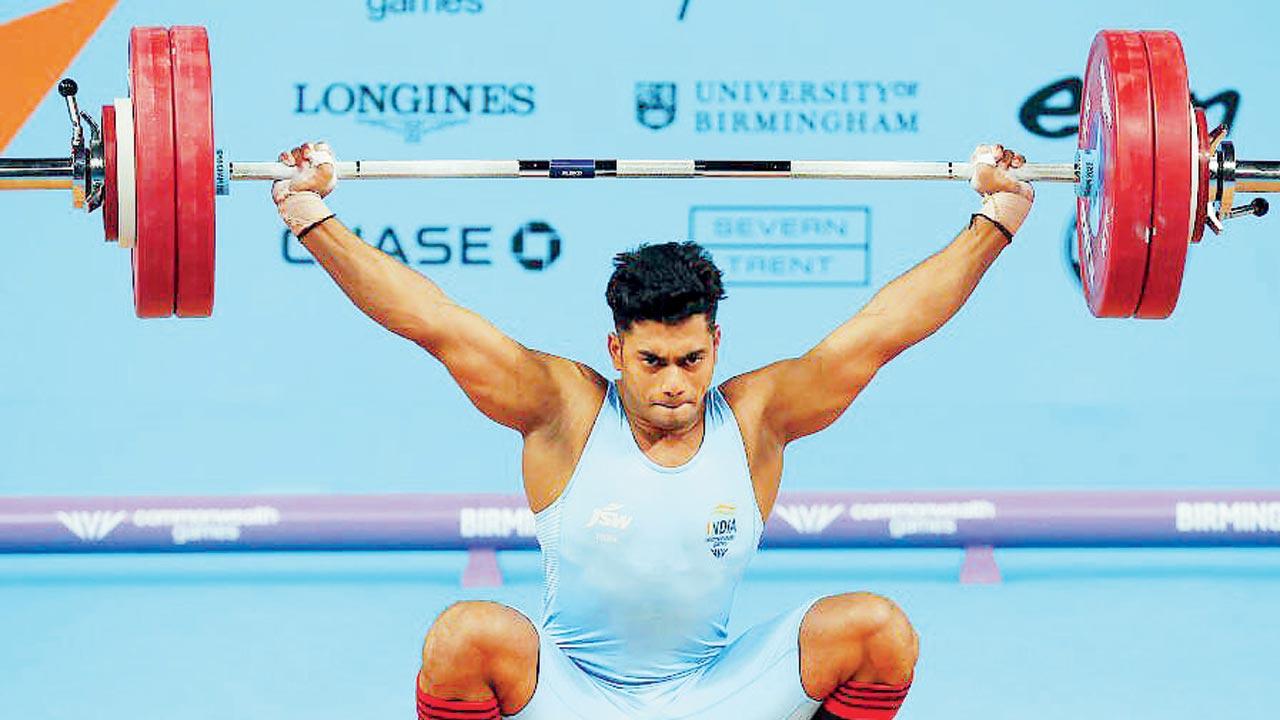 On Sunday, after Mirabai Chanu (49kg) and Jeremy Lalrinnunga (67kg), Achinta’s effort became India’s third gold medal at these Games. India’s total of six medals so far have all come from the lifters. The other medals are two silver (Sanket Mahadev Sargar in 55kg and Bindiyarani in women’s 55kg) and one bronze (Poojary Gururaja in men’s 61kg).

Achinta registered a best lift of 143kg in Snatch and 170kg in Clean and Jerk for a total of 313kg at the National Exihibition Centre (NEC) here. He said, “I was trying to break my personal best of 316kg, but that didn’t happen today. Irrespective of that, I’m happy with the gold. This medal will help me take my career to the next level.”

Sheuli is one of the numerous new sporting faces the country has seen emerged in the post-Covid period. He first hit the spotlight at the 2021 Commonwealth Championships in Tashkent, which were held concurrently with the World Championship. Sheuli won the gold there with a total of 316kg, which was an improvement on his showing of 313kg at the World Juniors at the same venue six months earlier in May, 2021.

At Birmingham, Sheuli opened the snatch with 137kg and then set a new CWG record with 140kg on his second attempt. He went even better on the third with 143kg to take a five kilogram advantage over Malaysia’s Erry Hidayat, whose father Hamidon Hidayat is a former Commonwealth Games champion. Hamidon Hidayat won one gold and a silver in the days when separate medals were awarded for Snatch, C&J and total.

In C&G, Sheuli lifted 166kg in his first attempt, but failed on this first try at 170kg—a new Games record, before making up and lifting the same in his third attempt.

Hidayat’s only chance was to go 11kg over his first attempt of 165kg to dislodge Sheuli from the top. The Malaysian failed both times at 176kg. Canada’s Shad Darsigny won the bronze with a 298kg (135kg+166kg) effort.

“I was egged on by the crowd and because of their encouragement through the final lift. This is by far the best performance of my career. I have not experienced a crowd like this,” said Sheuli, whose story is one of hard work and selfless family sport.