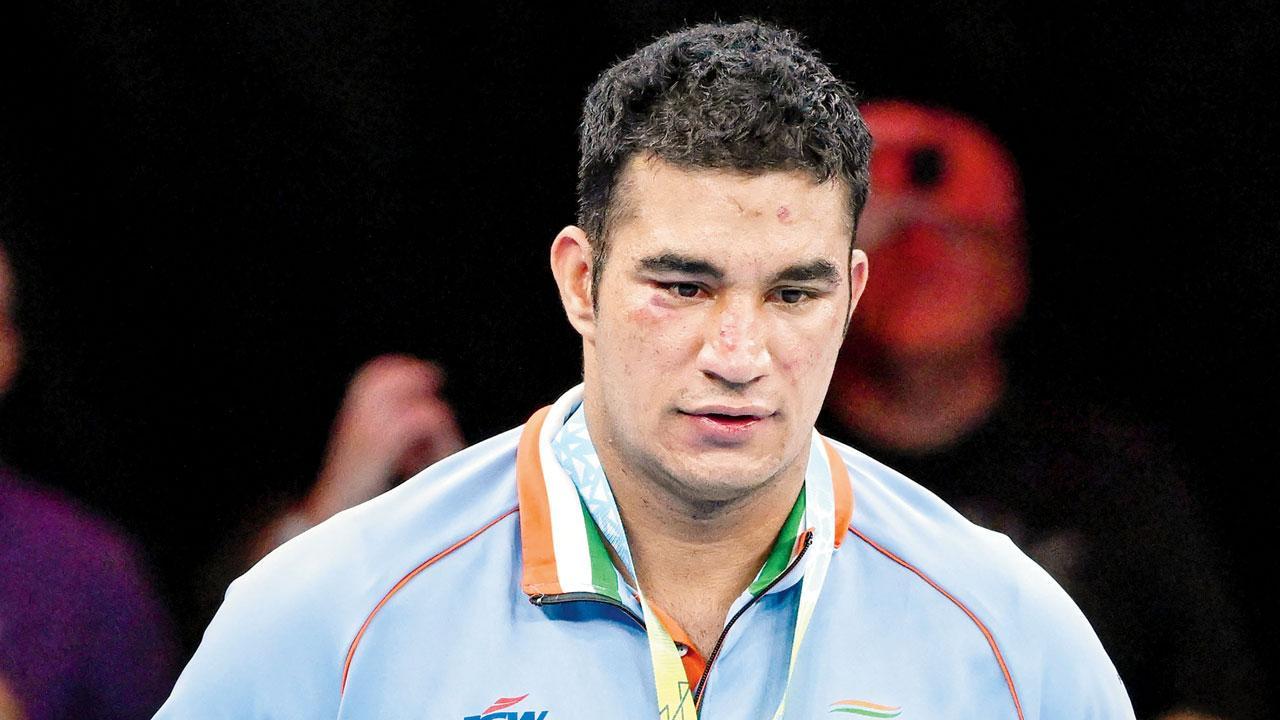 Competing in his maiden international event, Sagar lost the gold medal bout to home favourite Delicious Orie via a 5-0 unanimous decision late on Sunday. The 20-year-old, who surprised everyone with his powerful performance in the earlier bouts, was forced to defend in the opening round as Orie assumed the role of the aggressor.

But the Indian defended well and also managed to land some counter punches with all five judges ruling in his favour. However, a minute into the second round, the Haryana pugilist, who belongs to a family of farmers, seemed to have tired as he repeatedly resorted to clinching, which also earned him a warning by the referee.

By the third round, Sagar looked completely spent, but managed to land a few jabs. He also started bleeding as one of Orie’s punches left a cut above his left eye. The Englishman took full advantage of that, connecting a flurry of upper cuts to take the title.

Next Story : Chess Olympiad: MS Dhoni to be the guest of honour on final day