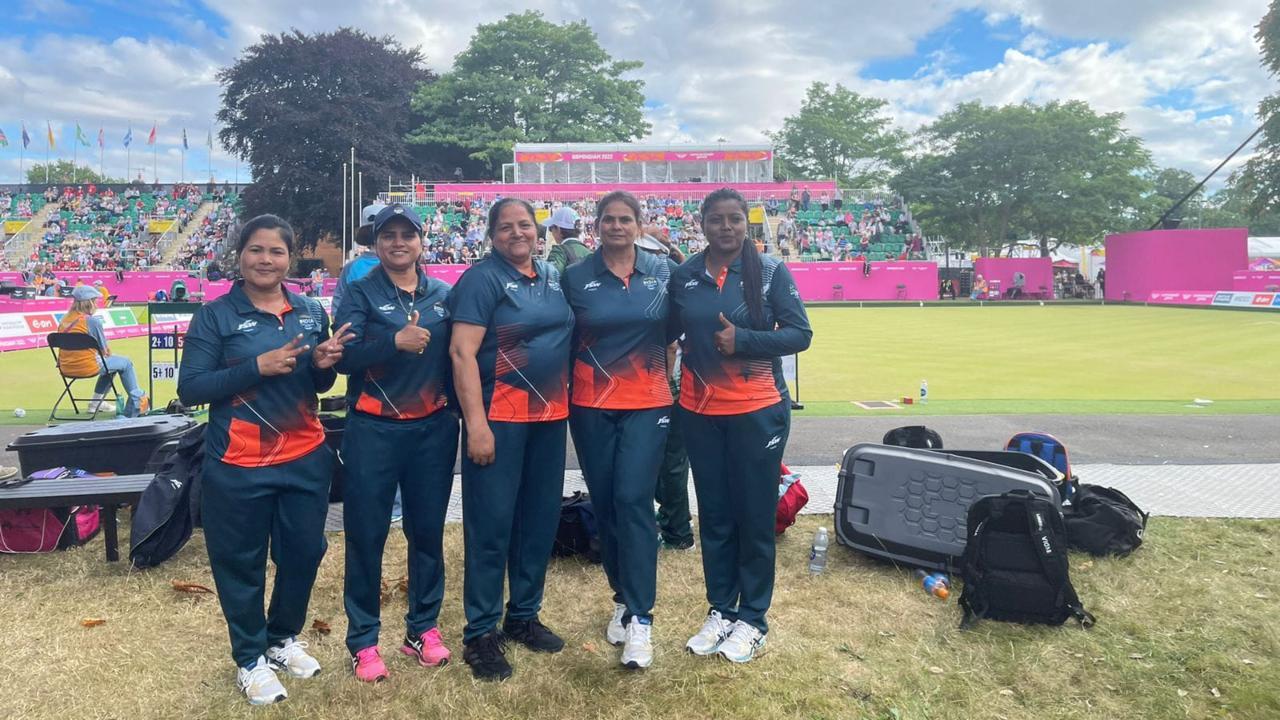 
Indian women's Lawn Bowls players created history on Monday as they confirmed the nation's first-ever medal in the sport by reaching the final of the Women's Fours event by defeating New Zealand in the semi-final. This win is a huge upset as India has confirmed its first-ever medal by defeating a side that has 40 medals in the sport and is among the five most successful Lawn Bowls teams.

They defeated New Zealand by a margin of 16-13. The India quartet consisting of Lovely Choubey, Pinki, Nayanmoni Saikia and Rupa Rani started with a 0-5 trail in the semi-final. It kept its nerves and fought back to gain a 7-6 lead which eventually widened to 10-7. From that point, there was no looking back for India as they kept scoring points and won the match. India will now face South Africa in the final of the Women's Fours event.

Earlier on Sunday, India's Lawn Bowls men's pairs team of Dinesh Kumar and Sunil Bahadur progressed to the quarterfinals of their event after a win over England in their Section C match. With this victory, India finished at the second spot in the Section C table with three wins and a loss. After a loss to Malaysia in the first game, they went on to win against the Falkland Islands, Cook Islands and England. England were the table toppers with three wins and a loss.

Tania Choudhary on the other hand broke her losing streak in Lawn Bowls by defeating Shauna O'Neill of Northern Ireland by 21-12 after 19 ends. Despite winning the match, she will not be in the quarter-finals as she had registered three straight losses against Dee Hoggan (Scotland), Arthur Almond (Falkland Islands) and Laura Daniels (Wales) previously.