The ceremony on Thursday night went on for about two hours and Lovlina, along with another member of the Indian boxing contingent, Muhammad Hussamuddin, decided to leave early for the Games Village from the Alexander Stadium, a 30 minute drive 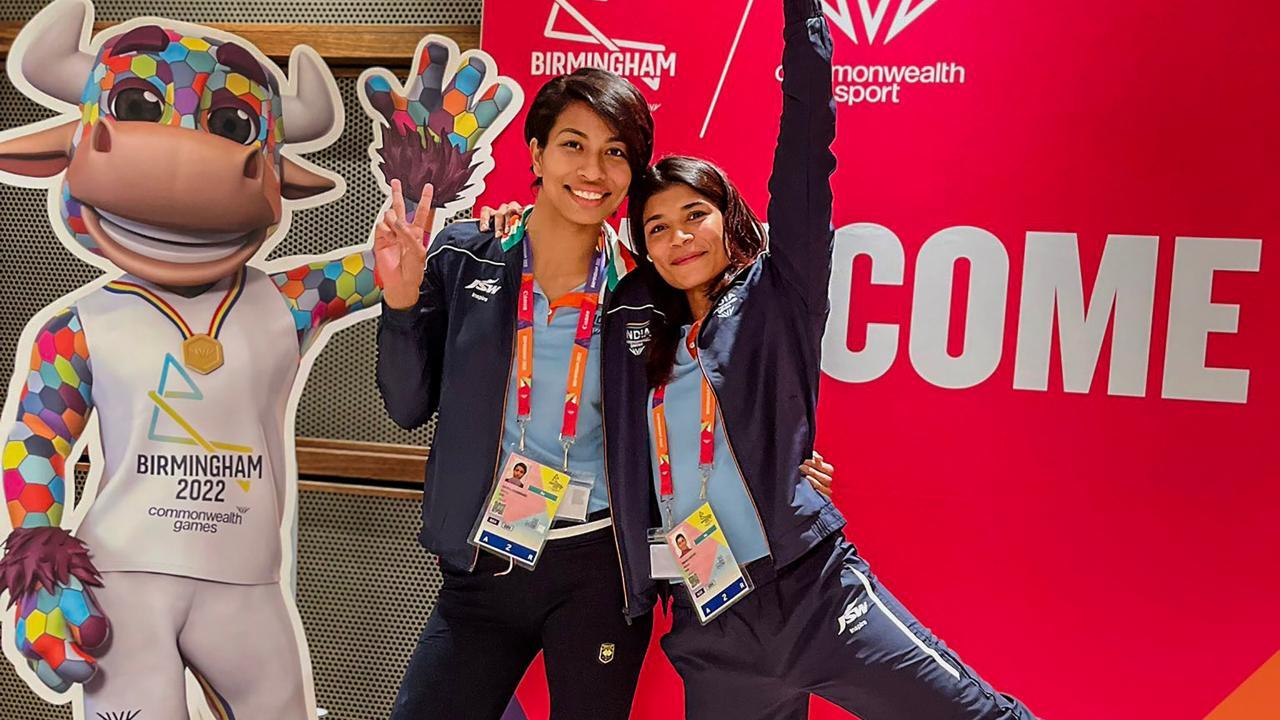 Boxers Lovlina Borgohain and Nikhat Zareen pose with 'Perry the Bull', the mascot of the Commonwealth Games 2022, in Birmingham, England. Photo/PTI


Olympic bronze medallist Indian boxer Lovlina Borgohain was left stranded for close to an hour after deciding to leave the Commonwealth Games opening ceremony midway. The ceremony on Thursday night went on for about two hours and Lovlina, along with another member of the Indian boxing contingent, Muhammad Hussamuddin, decided to leave early for the Games Village from the Alexander Stadium, a 30 minute drive.

"We want to train in the morning as we have a bout day after. The ceremony will go on for a while so we thought of leaving. We asked for a taxi but we were told that was not available," said Lovlina when PTI asked her why she was leaving midway. With the ceremony still on and the duo unable to book a taxi on its own, Lovlina and Hussamuddin were left clueless on how to ride back to their accommodation. They eventually took the first bus bound for the Village near the National Exhibition Centre.

The Indian delegation has been provided three cars by the organisers but their drivers were done for the day as the athletes and officials arrived for the opening ceremony in buses. India's Chef de Mission Rajesh Bhandari, who happens to be the vice president of the Boxing Federation of India (BFI), was not pleased with the development.

"We were in the middle of the ceremony and I got to know later that she and another boxer left early. We all came in buses and taxi option was not available at that time. They shouldn't have come if they wanted to leave early. "There were so many athletes who decided not to come as they had training or competition in the morning, which we completely understand. I will be speaking to the boxing team on this matter," said Bhandari. A total 164 athletes and officials took part in the ceremony, which is half the Indian contingent's size. The women's cricket team members too decided to stay back in the hotel due to their opening game the following morning.

Ahead of the Games, Lovlina had alleged that her coaches were harassed constantly after personal coach Sandhya Gurung was not allowed inside the Games Village upon arrival. Gurung was later given Village accreditation.