The Indian duo warded off the English challenge posed by Sean Vendy and Ben Lane to win 21-15, 21-13 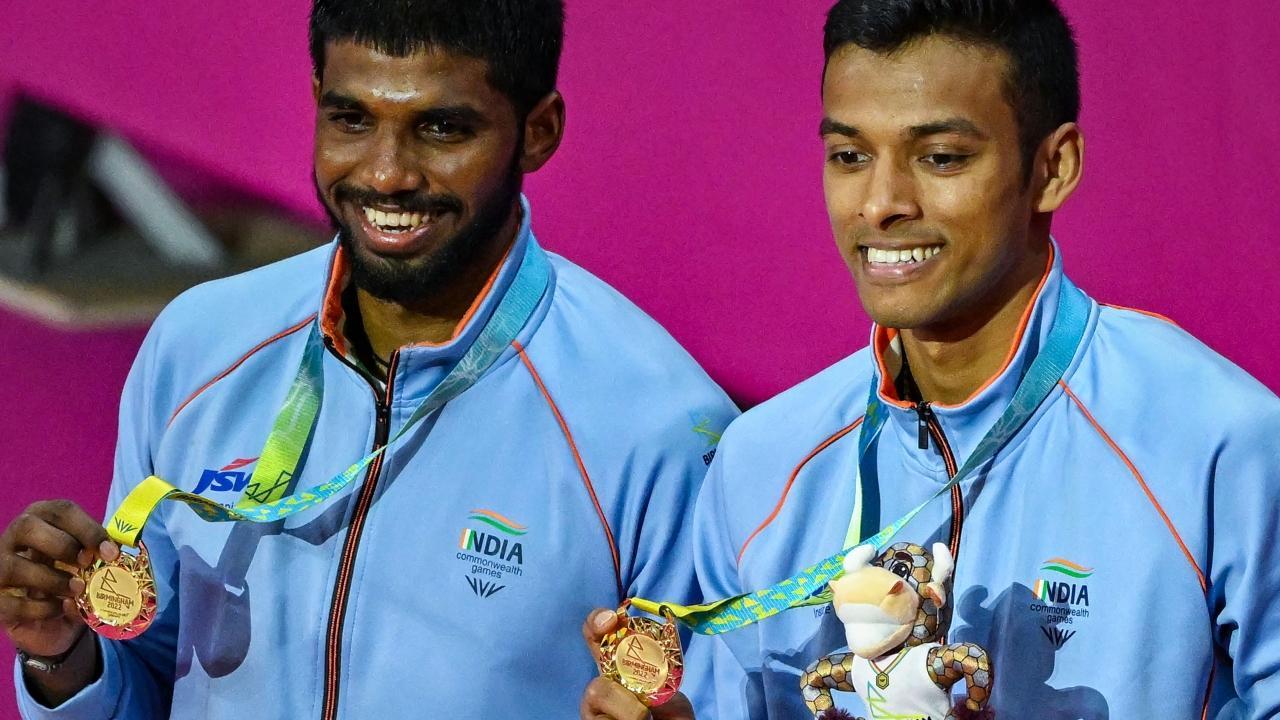 Satwiksairaj Rankireddy and Chirag Shetty pose with their gold medals after winning the Men's Doubles Final at the Commonwealth Games 2022. Pic/ PTI


The men's doubles duo of Satwik Sairaj Rankireddy and Chirag Shetty won India its third successive badminton gold of the day by defeating England's Sean Vendy and Ben Lane in the final at the ongoing Commonwealth Games in Birmingham on Monday.

The Indian duo warded off the English challenge by 21-15, 21-13. Satwik Sairaj Rankireddy and Chirag Shetty started off the first game well. The duo dominated over the English duo of Sean Vendy and Ben Lane. The India duo prevailed in the first game by 21-15. The next game between the duo started on an even note. The things were even at 6-6. The Indian duo continued to build their lead from that point on. They eventually won the second game by 21-13 and sealed the match and gold medal for their country.

With this, they had sealed the third successive badminton gold for the country. Earlier, Indian shuttler Lakshya Sen defeated Malaysia's Ng Tze Yong in the final of the men's singles category at the ongoing Commonwealth Games 2022 in Birmingham on Monday.