The Indian defeated England's Paul Drinkhall 4-3 in the bronze playoff. The match was fought hard and both players went above and beyond to display their superiority 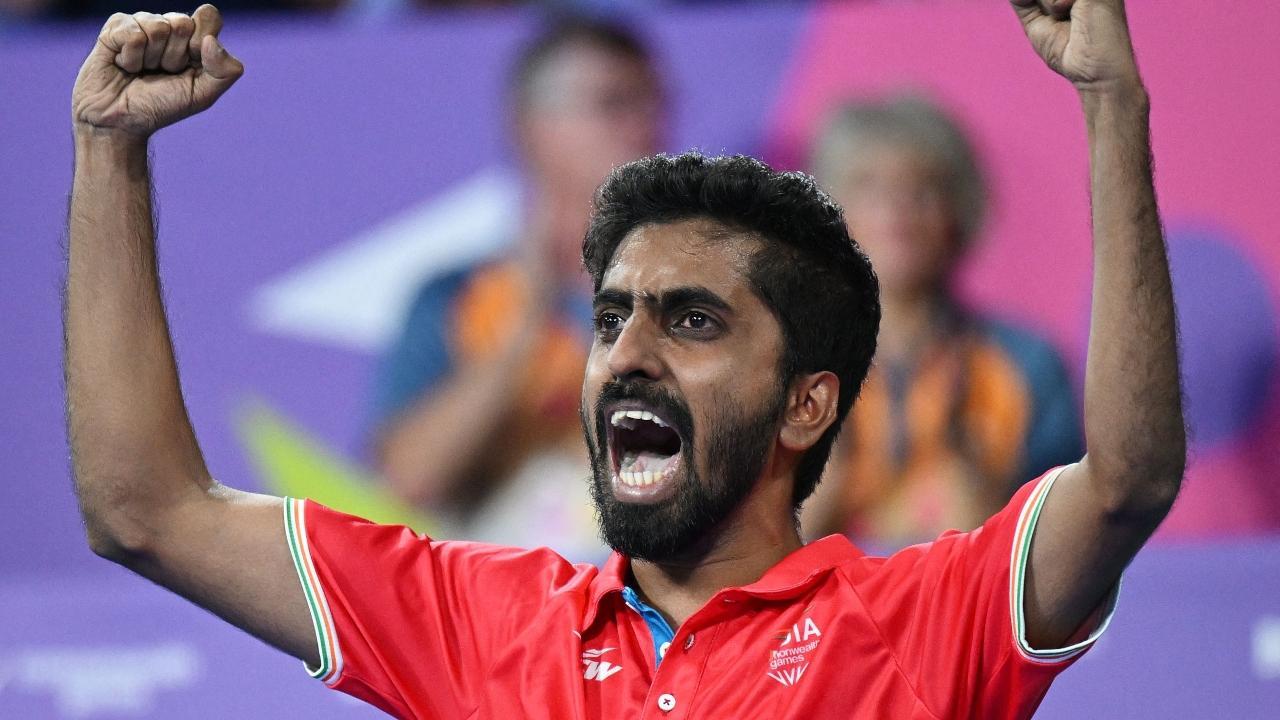 
Indian paddler Sathiyan Gnanasekaran clinched the bronze medal in the men's singles at the Commonwealth Games 2022 in Birmingham on Monday. This was Sathiyan's first singles medal at the CWG.

His match against England's Paul Drinkhall was a tale of two halves. The 29-year-old had a wonderful start, winning the first three games. However, Paul pulled things back by claiming three games in a row. But it was the Indian paddler who took the match in a hard-fought fight by 4-3.

With the win, Sathiyan became India's 58th medallist, and 23rd bronze medallist, at the Commonwealth Games 2022.

Earlier, the Indian mixed doubles duo of Achanta Sharath Kamal and Sreeja Akula bagged the gold medal in the mixed doubles final at the ongoing Commonwealth Games 2022 in Birmingham on Sunday.