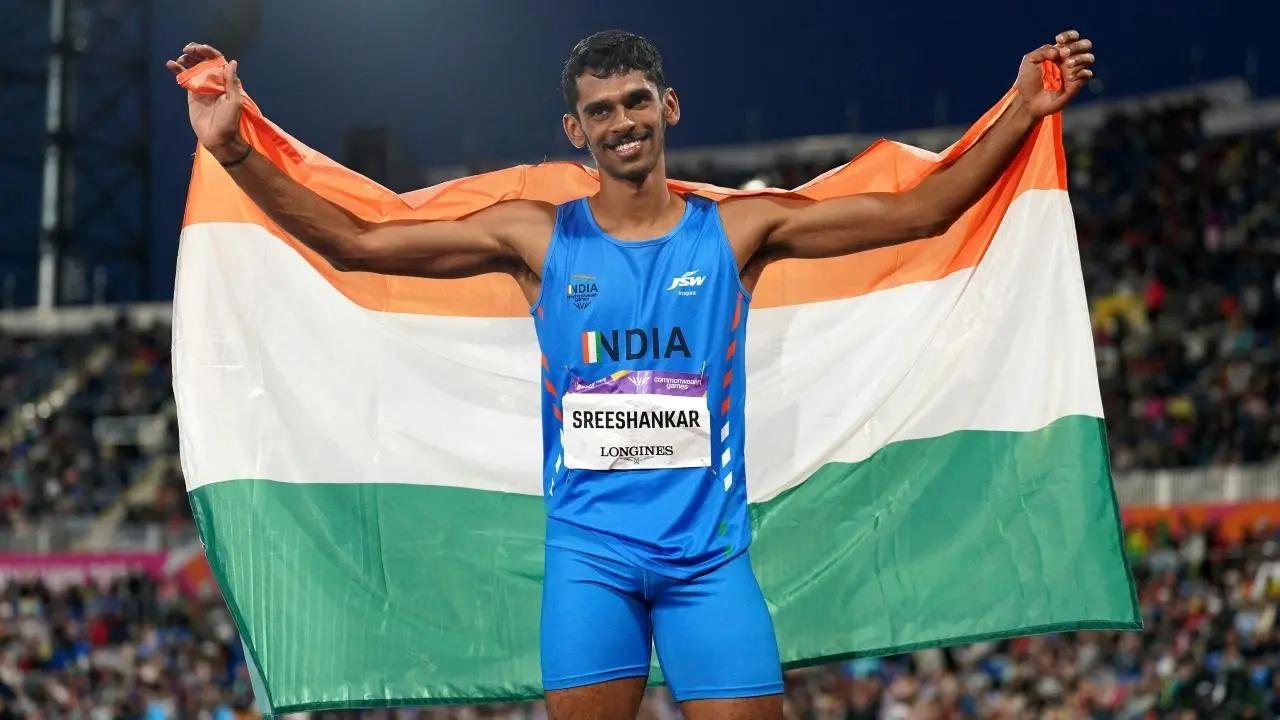 
Indian long jumper Murali Sreeshankar, who won a historic silver medal at the Commonwealth Games in Birmingham last week, finished sixth at the Monaco Diamond League 2022 in Fontvieille on Wednesday.

The 23-year-old, who holds the Indian national record in the men's long jump with an 8.36m effort at the Federation Cup earlier this year, got off to a slow start in Monaco. He registered 7.61m with his first attempt before improving it to 7.84m in his second.

The Tokyo Olympian managed only a 7.83m with his third jump but his second effort was just about enough to place him within the top eight after the first three rounds and get additional jumps to improve his standing. The bottom two in the 10-man field dropped out after the third series of jumps.

After a disappointing 7.69m in his fourth jump, Sreeshankar rallied to produce his best effort of 7.94m with his fifth, and ultimately final, crack at the runway, just as he had done in Birmingham to win the silver medal. The jump bumped him up to the sixth position on the standings.

Overall, it was an underwhelming outing for Sreeshankar, who had managed to breach the 8m mark in nine of the 12 outdoor events in 2022 heading into the Monaco meet, an olympics.com report said.

In July 2022, he finished seventh in the World Athletics Championships 2022 in Oregon with a 7.96m effort while his silver-winning leap at Birmingham measured 8.08m.

Cuba's Maykel Masso, who won bronze at the Tokyo Olympics, topped the group with a season best effort of 8.35m while Tokyo 2020 champion Miltiadis Tentoglou of Greece finished second with 8.31m.

USA's Marquis Dendy, a former Indoor world champion, also logged an 8.31m jump but missed out to the reigning Olympic champion for the second position as the Greek athlete's second-best jump of 8.30m was better than Dendy's 8.17m.

Sreeshankar will next be seen in action at a meet in Lausanne, Switzerland, towards the end of August.