Hard to digest the loss but need to move on: Indian hockey vice-captain Harmanpreet Singh

In one of its worst performances in recent times, India suffered an embarrassing 0-7 drubbing at the hands of defending champions Australia to settle for a silver medal 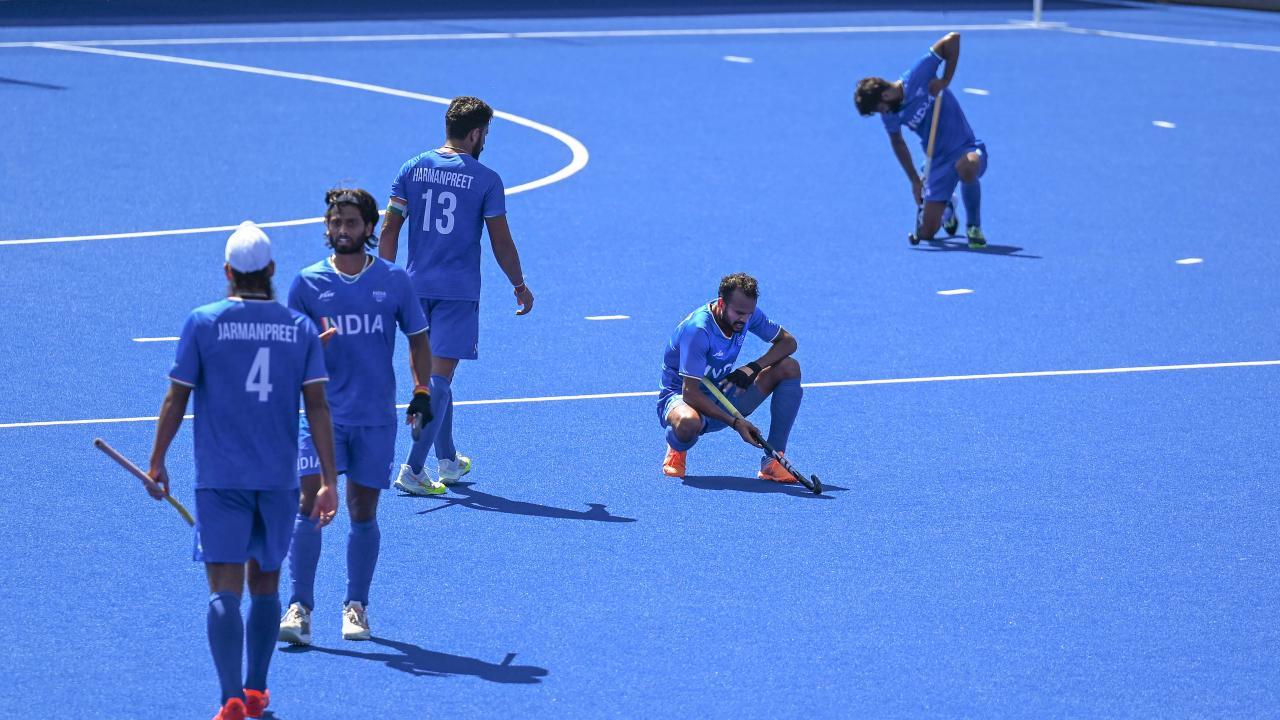 Indian players react after the end of the men's hockey final match between India and Australia, at the Commonwealth Games 2022. Photo/PTI


The bitter loss to Australia in the Commonwealth Games final is "hard to digest" but the Indian hockey team will have to move on, said star drag-flicker Harmanpreet Singh, promising a thread-bare analyse of the side's performance in Birmingham. In one of its worst performances in recent times, India suffered an embarrassing 0-7 drubbing at the hands of defending champions Australia to settle for a silver medal on Sunday. "It is hard to digest a loss by such a big margin," the India vice-captain said in a Hockey India (HI) release after returning to the country early on Wednesday morning.

"Definitely the entire team is disappointed by the way we played but it's important we move on from this bitter outing. Like Chief Coach mentioned, we lacked the energy and tempo required to match-up to a team like Australia." While the final was a forgettable experience, India marched into the summit clash on the back of some fine performances in the group stage as they beat Ghana 11-0, drew against England 4-4, beat Canada 8-0 and Wales 4-1 followed by a 3-2 win against South Africa in the semifinal. "There are many lessons from this campaign that we can work on and improve upon. Every match we played will be analyzed thoroughly when we return to camp after a two week break and we will be starting from scratch," said Harmanpreet.

The 26-year-old from Amritsar was in sublime form through out the tournament as he scored nine goals and was the second highest goal scorer along with Wales' Gareth Furlong. "This was a memorable outing for me personally despite the final not going our way. For the first time after the pandemic, we were playing in front of such a big crowds and many Indian fans had turned up," he said. "My wife travelled to Birmingham to watch our matches, and this was the first time she was watching me play a big tournament live. This is my first Commonwealth Games medal, so in all it was a special outing for me on a personal note," he said.

Furlong scored nine goals from penalty corners, while Harmanpreet scored eight from PCs and one from a penalty stroke. He also scored a hat-trick, in India's 4-1 win against Wales. England's Nicholas Bandurak remained the highest goal-scorer of the tournament with 11 goals. India will now prepare for the upcoming FIH Hockey Pro League season 2022/23 which begins in October. India is scheduled to play New Zealand and Spain at home. The team will return to the national coaching camp in Bengaluru on August 29.