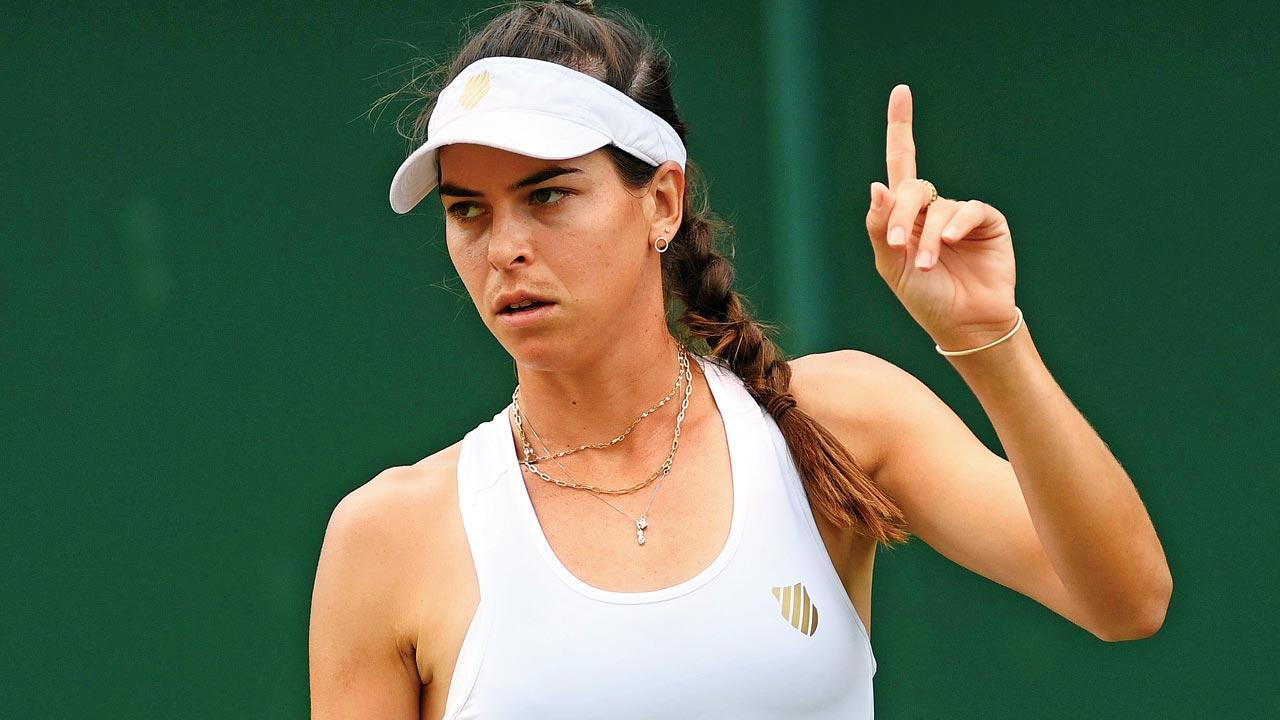 Ajla Tomljanovic during her match against Jelena Ostapenko at the All England Lawn Tennis and Croquet Club on Saturday. Pic/Getty Images


Australia’s Ajla Tomljanovic accused Wimbledon opponent Jelena Ostapenko of “lying” on Saturday on her way to making the fourth round for the first time.

Tomljanovic was furious that 2017 French Open champion Ostapenko called the trainer at 0-4 in the final set, claiming she was suffering from an abdominal injury. “You know she’s lying, right? We all know,” the Australian, 28, told the chair umpire. “Are you taking into any consideration that she looked fine?”

The medical timeout resulted in a 10-minute delay before the match resumed and Tomljanovic clinched a 4-6, 6-4, 6-2 win. The pair then had an angry exchange at the net at the end of the third round clash. “She can say she was injured. I don’t think she was,” said Tomljanovic. “There was nothing wrong with her the whole match, but then why on 4-0 she calls it? So I think that that’s a clear reason that she just wanted to get me off my game. Then to top it all off, for her to call me disrespectful at the end of the match is laughable.”

Nick Kyrgios was forced to retire from his Wimbledon third round match against Canada’s Felix Auger-Aliassime on Saturday with an abdominal injury.
The Australian won the first set 6-2 but dropped the second 6-1 when he called it quits. “I did my abdomen at the end of the first set,” said
Kyrgios.

Meanwhile, Andy Murray suffered his earliest Wimbledon exit in 16 years on Friday when the two-time champion was knocked out in the third round by World No. 12 Denis Shapovalov. Murray, went down 6-4, 6-2, 6-2.

Roger Federer reached the Wimbledon Last-16 for the 18th time on Saturday with a four-sets win over Cameron Norrie, the last British man in the tournament. Eight-time champion Federer triumphed 6-4, 6-4, 5-7, 6-4 and will be playing in the fourth round of a Grand Slam for the 69th time in his career.