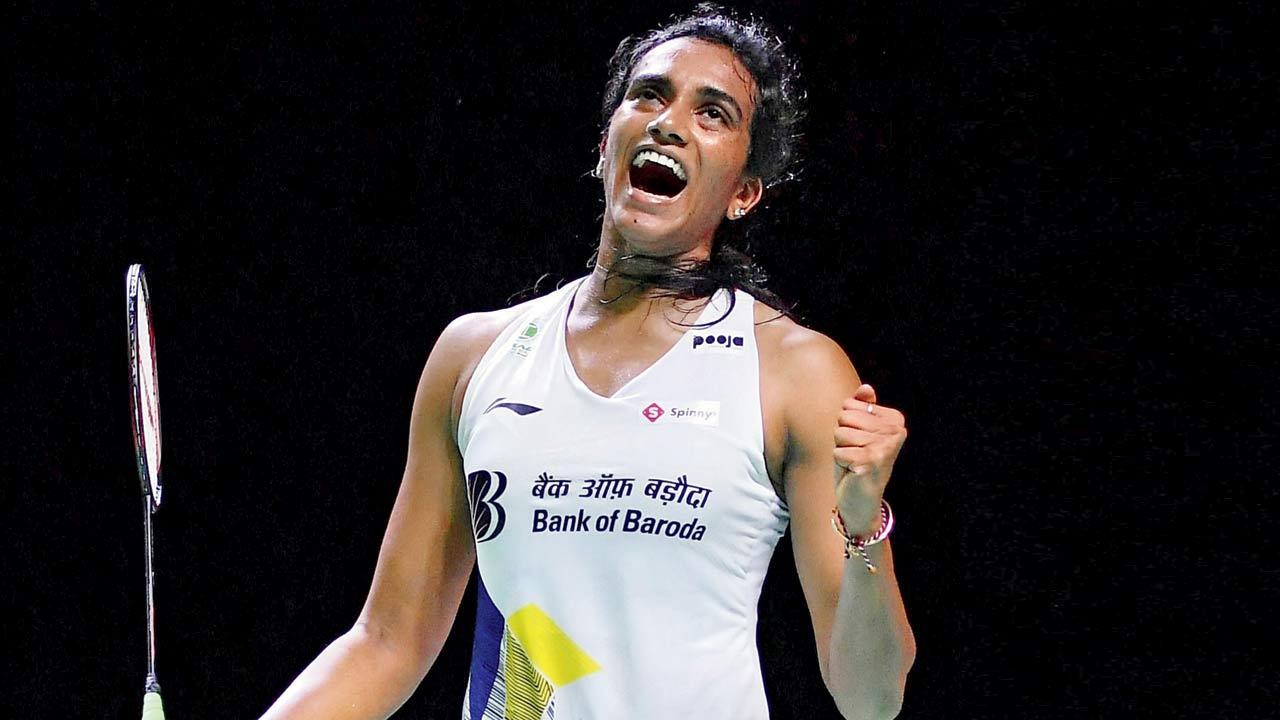 PV Sindhu celebrates after defeating Akane Yamaguchi in the semis in Bali on Saturday. Pic/AFP


Indian badminton ace PV Sindhu entered the summit clash of BWF World Tour Finals with a hard-fought win over Akane Yamaguchi of Japan in the semi-finals here on Saturday.

Sindhu, the reigning world champion and two-time Olympic medallist, beat Yamaguchi 21-15, 15-21, 21-19 in a thrilling match that lasted one hour 10 minutes.

She will face Korea’s An Seyoung, who beat Pornpawee Chochuwong of Thailand 25-23, 21-17 in the other semi-final, in the summit clash on Sunday.

It will be Sindhu’s third final appearance in the season-ending tournament. She had won the title in 2018 to become the only Indian to achieve the feat.

The World No.7 Indian had come into the match with an overall head-to-head win-loss record of 12-8 against the World No.3 Japanese.

Sindhu has been in fine form after picking up a bronze in the Tokyo Olympics.  She had reached the semi-finals in her last three events—French Open, Indonesia Masters and Indonesia Open—before coming into the BWF World Tour Finals.

She had finished runner-up in the Swiss Open in March. But it won’t be easy for Sindhu in the final against Seyoung who had come into the season-ending tournament with back-to-back titles in the Indonesia Masters and Indonesia Open.

The World No.6 Seyoung had also beaten Sindhu in the quarter-finals of the Denmark Open in October.

However, young Indian shuttler Lakshya Sen lost in straight games to reigning Olympic champion and World No.1 Viktor Axelsen of Denmark in the men’s singles semi-finals.Axelsen beat Sen 21-13, 21-11 in 39 minutes.