Honestly, I just wanted to go for it: Sydney McLaughlin

Olympic champion Sydney McLaughlin ecstatic after breaking own 400m hurdles record to win gold with a stunning timing of 50.68sec 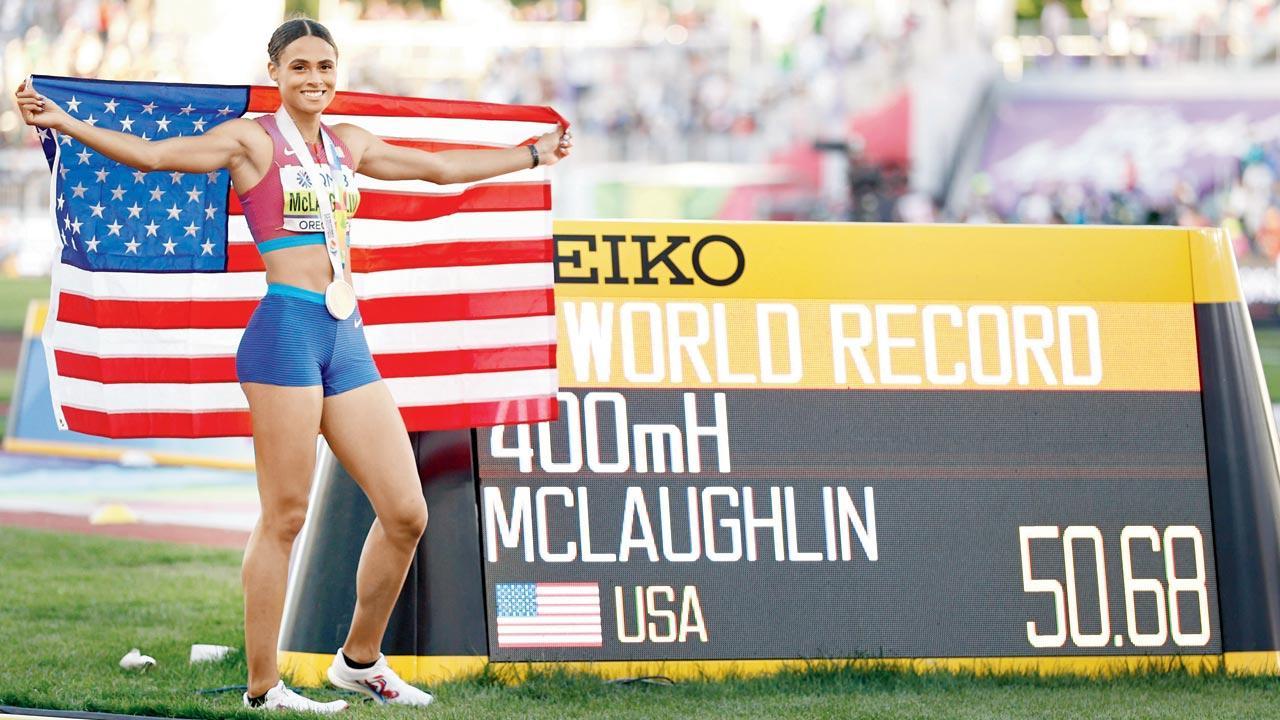 
Olympic champion Sydney McLaughlin wrote another astonishing chapter in her track and field career on Friday, obliterating her own world record as she powered to a jaw-dropping victory in the women’s 400m hurdles at the World Championships in Oregon.

The American prodigy left rivals trailing in her wake at Hayward Field as she took gold in a stunning time of 50.68sec—the first time any woman has ducked under the 51-second barrier. McLaughlin’s incredible performance sliced more than half a second of her own world record of 51.41sec, set at the same venue during the US trials last month.

Femke Bol of the Netherlands took silver in 52.27sec while McLaughlin’s teammate and defending champion Dalilah Muhammad of the United States took bronze in 53.13sec. “Honestly I just wanted to go for it,” McLaughlin said afterwards.

“The last 100 really hurt, but I’m grateful to have this crowd...it all came together today and another medal for Team USA. It was absolutely unreal to have my family in the stands. I have never had them together in one place. So this was for me so big.”

Bol and Muhammad would have had realistic hopes of challenging McLaughlin for gold before the race. But McLaughlin was in a league of her own almost from the gun, surging clear of Muhammad with a blistering opening 200m and coming off the final bend several meters clear of her rivals.