Veteran SV Sunil, Pawan Rajbhar and Karthi Selvam scored a brace each while Uttam Singh and Nilam Sanjeep Xess scored a goal each 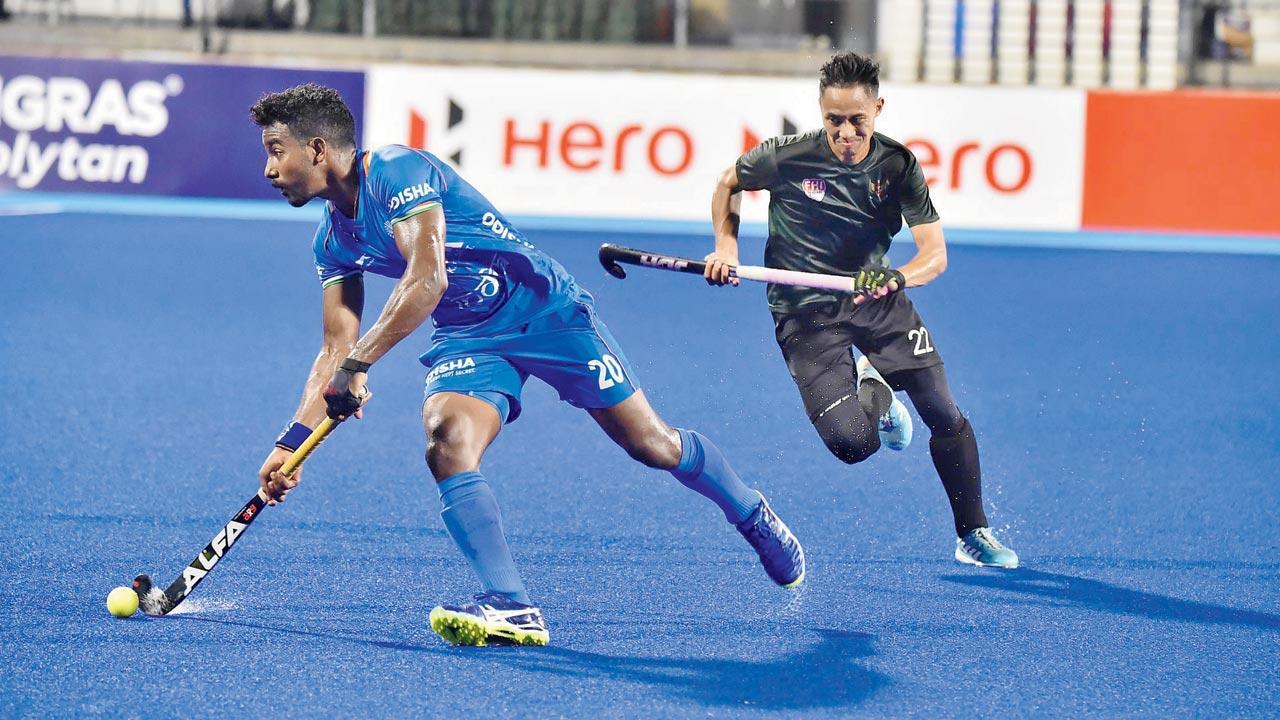 
Rising to the occasion, a young India men’s hockey team thrashed hosts Indonesia 16-0 to qualify for the Super 4 stage of the Asia Cup here on Thursday.

The massive win not only secured India’s passage into the knockout stage of the tournament, but also shut the door on Pakistan. India needed to beat Indonesia by a 15-0 margin or more to make it to the next round and the defending champions rode on splendid show from Dipsan Tirkey, who hammered five goals, and Sudev Belimagga, who sounded the board thrice.

Veteran SV Sunil, Pawan Rajbhar and Karthi Selvam scored a brace each while Uttam Singh and Nilam Sanjeep Xess scored a goal each.

Next Story : Nadal makes a mark in Paris