India go down 2-4 to Germany in semis 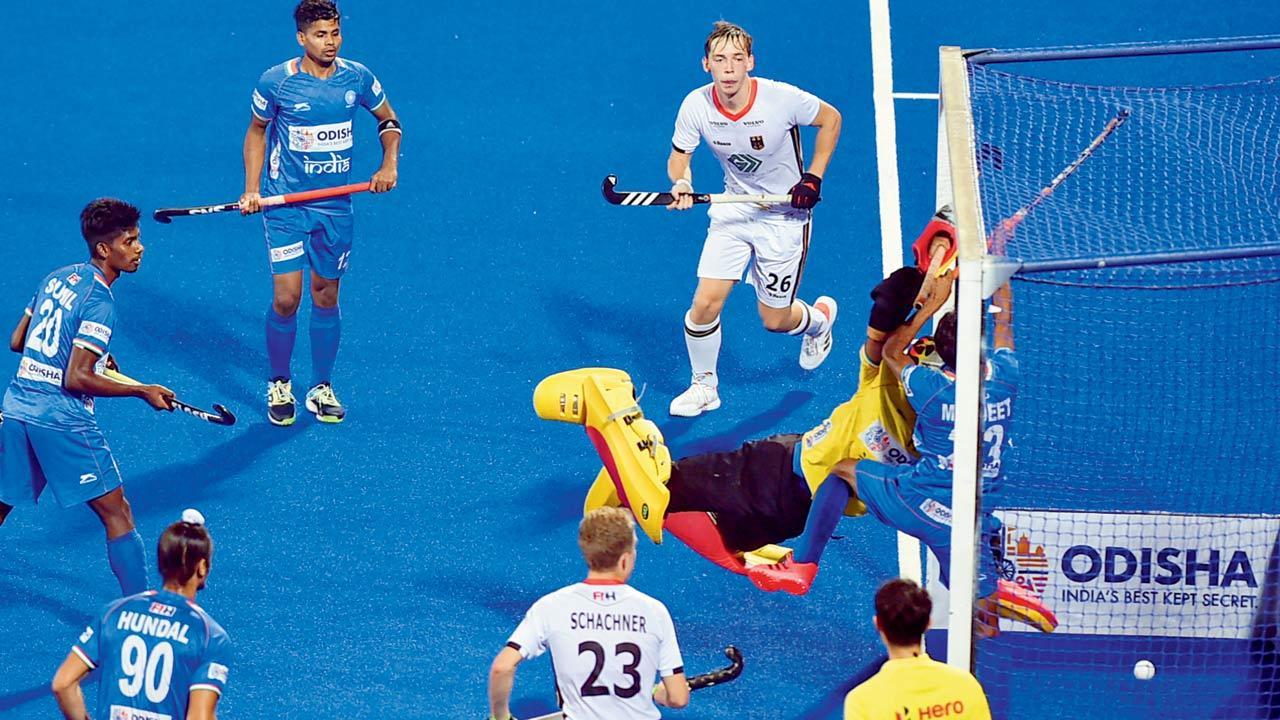 Team India’s defence unsuccessfully tries to keep the ball from entering its goal during their semi-final against Germany yesterday. Pic/PTI

In the final on Sunday, Germany will be up against Argentina, who beat France 3-1 in penalty shootout in the first semi-final. The Indians, who last won the Junior World Cup title in Lucknow in 2016, looked a pale shadow of themselves against Germany.

India will play France in the third-fourth place classification match on Sunday, before the final. India had earlier lost 4-5 against France in the pool stages.

Meanwhile, COVID-19 hit the ongoing event after an incident-free week with one positive case being reported on Friday.

Despite being held inside a bio-bubble and all media persons covering the event subjected to RT-PCR tests every 48 hours, one person, who has been accessing the media centre at the Kalinga Stadium, tested positive in RT-PCR test conducted on Thursday.

According to a member of the local organising committee, the person who tested positive is a social media team member of Department of Sports and Youth Services (DSYS), Odisha government.