The 10th-ranked Italian was playing his first final of the year and eighth overall, as he prevented the fifth-ranked Alcaraz from successfully defending his first ATP title 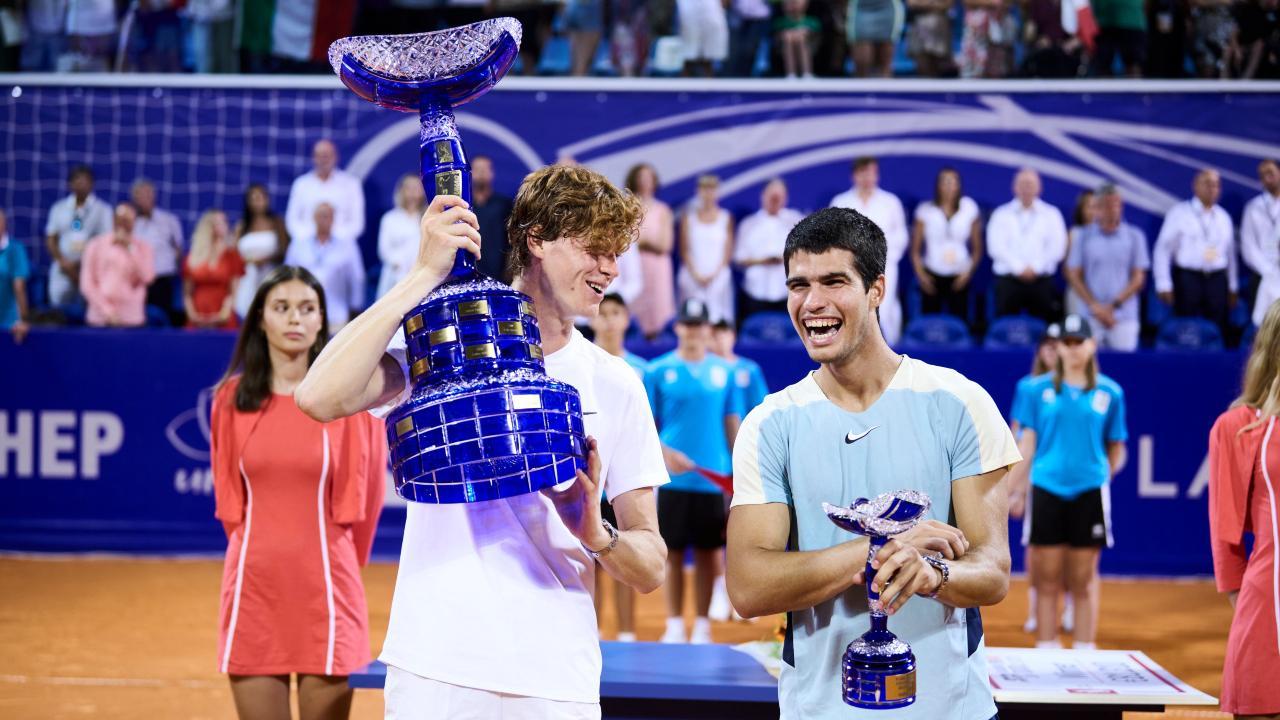 
Second-seeded Jannik Sinner rallied from a set down in the final of the Croatia Open to beat top-seeded Carlos Alcaraz 6-7 (5), 6-1, 6-1 for his sixth career ATP title. The 10th-ranked Italian was playing his first final of the year and eighth overall, as he prevented the fifth-ranked Alcaraz from successfully defending his first ATP title.

Sinner dominated after the 19-year-old Alcaraz prevailed in the first-set tiebreaker. "I am obviously very happy," Sinner said. "I have (had) a tough year until now, I had some unfortunate moments, but we worked every time to play better, to be a better player, to be a better person ... but I know that I still have a lot of things to improve."

Sinner saved all nine break points he faced before converting his first match point to claim his first trophy on clay after he won all the previous ones at hard-court tournaments. The 20-year-old Sinner broke his opponent for the first time in the third game of the second set, a game after he saved six break points.
He improved his record against Alcaraz to 2-1.

It was the second straight final loss for Alcaraz after he was upset by Lorenzo Musetti in Hamburg last Sunday. Alcaraz played his tour-leading sixth final of the year. He has won five titles, four of them this year.