Close on the heels of their decision to ban 16 over-aged players from MCA Summer Vacation tourneys and coaching camps, the MCA banned another 28 players, who were found allegedly overage across age groups 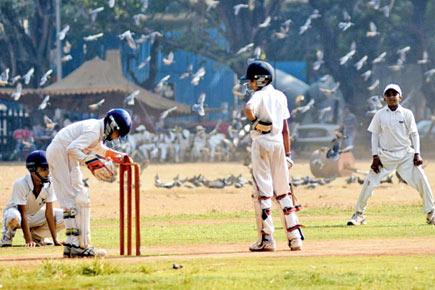 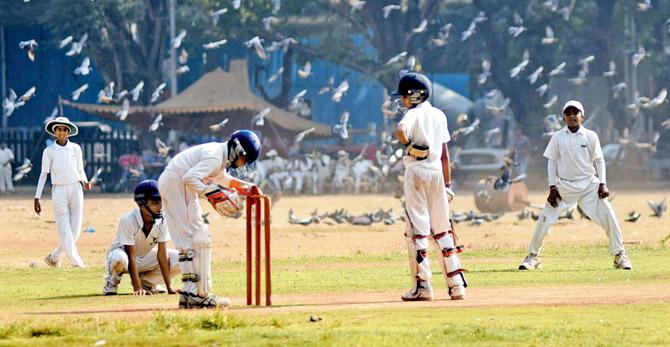 An inter-school Giles Shield cricket match in progress at Shivaji Park during the 2016-17 season. FILE PIC FOR REPRESENTATION

Manish, who was a part of MCA's Goregaon Centre in the U-16 category, availed specialised coaching and represented the Centre in the ongoing Kalpesh Koli Memorial, an MCA U-16 selection tournament. Manish scored 105 against Bandra Centre at Matunga on Sunday.

"We banned this particular cricketer - Manish Yadav - who scored a century against comparatively younger opponents, along with the other 27 players. We have informed all the coaches about his over-age status," MCA vice-president Vinod Deshpande told mid-day yesterday.

The MCA seems hell bent on stamping out the over-age malaise. "We want to get to the root cause and find out, who is encouraging these players to produce fake age certificates, but they are not disclosing it. We suspect some school coaches are involved and we are trying to find out who they are," added Deshpande.

Manish also represented Mariya CC against Almighty CC in the Santosh Kumar Ghosh Trophy U-16 tournament where he scored 103. "According to the birth certificate he has produced, he (Manish) is eligible to play this tournament, but I will verify this with the MCA. Since ours is a MCA tournament too, I will not allow him to play in further matches if found over-age," said the Ghosh Trophy's tournament secretary, Arundhati Ghosh, a former India women's cricketer.

The MCA is expecting some more over-age cases from its various age-group summer vacation coaching centers. All coaches have been informed to take strict action if players are found guilty.