The Indian athletics contingent had an incredible Commonwealth Games 2022 as they returned back home with eight medals, consisting of one gold, four silver and three silver medals 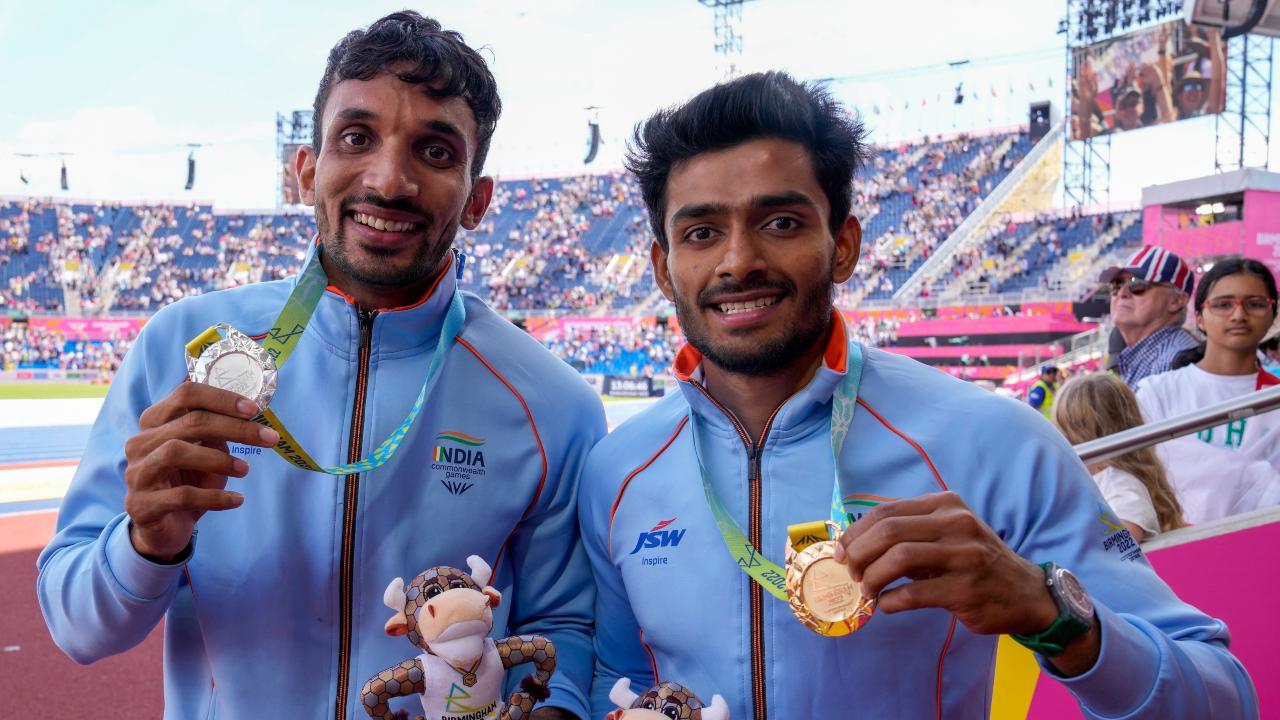 
Indian athletes Eldhose Paul, Sandeep Kumar, Avinash Sable and Abdulla Aboobacker received a warm welcome at the Delhi Airport on Tuesday after a successful Commonwealth Games 2022 campaign in Birmingham. The Indian athletics contingent had an incredible Commonwealth Games 2022 as they returned back home with eight medals, consisting of one gold, four silver and three silver medals.

Eldhose Paul said to ANI, "I am happy that the national anthem was playing and the first two athletes were from India. I felt proud. We were already preparing for CWG and Asian Games. The World Championships gave us an experience that benefitted us. Neeraj Chopra's gold (in Tokyo 2020 Olympics) changed our mentality. Earlier we had set some limitations for us. But now, Indians are capable of doing something magical. We will have to keep working hard and breaking limits set by us." Abdulla Aboobacker also said, "I fell short of Gold. I will try to win a gold and do well in Asian Games."

Avinash Sable, who won a silver in the men's 3000 m steeplechase was also very happy with his performance at the multi-sport event. "Everyone used to say that we could come fourth or fifth in this event. But we prepared a lot so that we could win a medal. I fell short of gold. I will work on my shortcomings and try winning gold," he added.

Avinash Sable clinched a silver medal for the country after finishing second in the final of the men's 3000 m steeplechase event on Saturday. he was not initially in the medal contention as he was in the fourth position when he crossed 1,000 and 2,000 m respectively. But in the final 1,000 m, he upped his speed to get to the second position and won a silver for the country. He clocked the timings of 8:11.20, his personal best.

Athlete Sandeep Kumar said that he will try to do better in the upcoming Asian Games and Olympic Games. Sandeep Kumar added a bronze to India's medal tally after finishing in the third position in the final of the men's 10,000 m race walk on Sunday. Kumar clocked the timings of 38:49.21 in the final, which is his personal best. India finished 4th in the medal tally with 22 Gold, 15 Silver and 23 Bronze medals and with a total of 61 medals at the Commonwealth Games 2022 held in Birmingham.