Neeraj Chopra: I’ll give my 100 per cent in World Championships final

After making maiden World Championships final, Tokyo Olympics javelin champion Neeraj Chopra promises to give his all today; Rohit Yadav in fray too 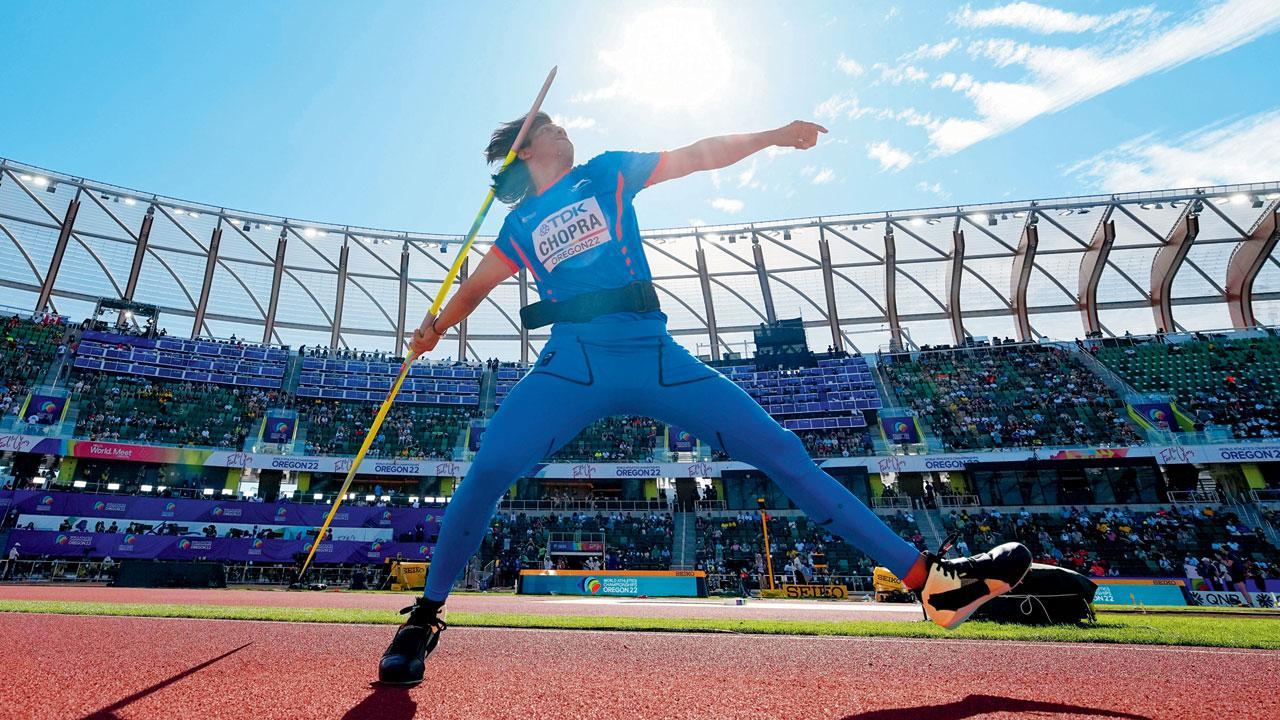 
Olympic champion Neeraj Chopra qualified for his maiden World Championships final with a stunning first attempt throw of 88.39m as India cherished a historic day at the event with two of its javelin throwers making it to the medal round, here.

The 24-year-old Indian superstar, hot favourite for a medal, opened the Group ‘A’ qualification round by sending his spear to 88.39m for his third career-best throw, here on Thursday. Chopra finished second best overall behind defending champion Anderson Peters of Grenada, who topped Group ‘B’ with his opening round effort of 89.91m.

“It was a good start. I’ll give my 100 per cent in the final. Every day is different. I’ll just give my best. We don’t know who can throw far on any given day,” Chopra said. “There is a little bit of zigzag in my run-up. I shook a little bit, but it was a good throw. There are so many throwers in good shape now. Five-six throwers have thrown PBs [Personal Best] this year,” he added.

Chopra’s qualification round lasted a few minutes as he did not need to take the remaining two throws after breaching the automatic qualification mark on his first attempt. Another Indian in the fray, Rohit Yadav also made it to the finals after finishing sixth in Group ‘B’ qualification round and 11th overall with his first round throw of 80.42m.

Yadav’s second throw was a foul and he managed a modest 77.32m in his last attempt. The 21-year-old Indian had recorded a season’s and personal best of 82.54m while winning a silver at the National Inter-State Championships last month.

Chopra, who has a personal best of 89.94m, had competed in the 2017 London World Championships with the hope of at least making it to the finals but managed only 82.26m to fall short of the automatic qualification mark of 83m. He had also missed the 2019 World Championships in Doha as he was recovering from an elbow surgery.

Tokyo Olympics silver medallist Jakub Vadlejch of Czech Republic also qualified for the finals with a first round throw of 85.23m. He was the second automatic qualifier from Group A, along with Chopra, and fourth overall.