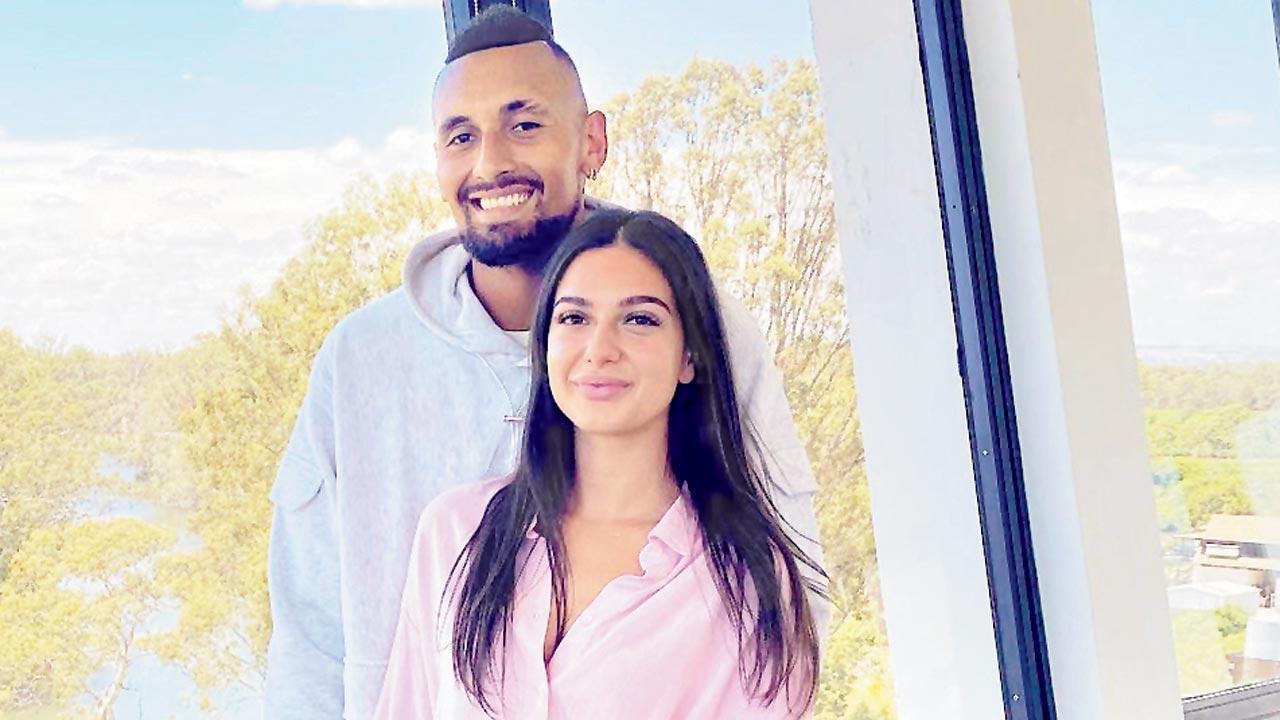 
Australian tennis star Nick Kyrgios has revealed he sees a future with girlfriend Costeen Hatzi. The couple started dating last year and Kyrgios said the relationship has had a positive effect both on and off the court.

“Honestly, I feel as if I’m a lot older, a lot more mature, and I feel like when you get older, you realise you shouldn’t be taking these things for granted, the way you’re feeling, the way your body feels. Also, I have a partner with me now I see a future with and I kind of see that I have to provide for. So I feel like my motivation is a lot higher than it used to be,” Kyrgios was quoted as saying by Tennis World USA.

This season has been great for the controversial Australian, who won the Australian Open men’s doubles title with partner Thanasi Kokkinakis earlier this year. After winning that title, Kyrgios reached his first Grand Slam singles final at Wimbledon, where he lost to Novak Djokovic.

He won his first singles title of the year last week after beating Yoshihito Nishioka in the final.

Next Story : 'Loss in the Commonwealth Games final is hard to digest'