'I think those close matches, pulling through those you're obviously having more court time, you're trying to come through and fight some close battles,' says Bopanna 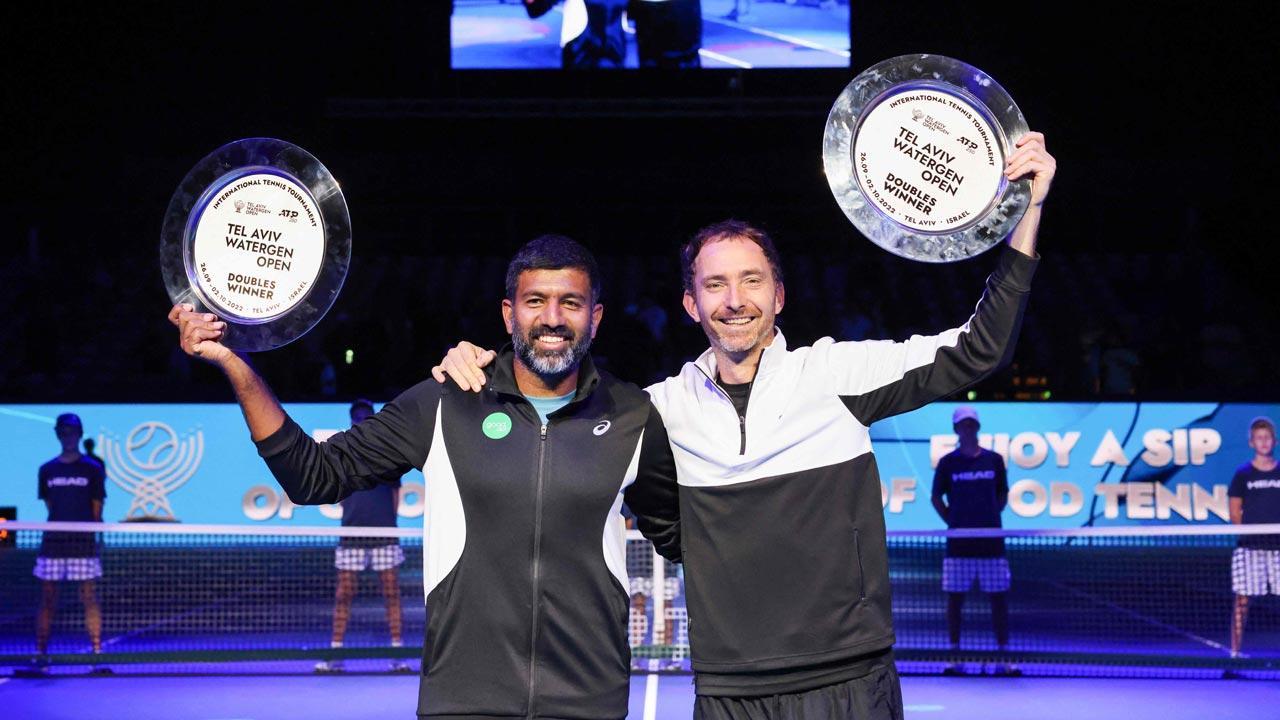 India's Rohan Bopanna (L) and Netherland's Matwe Middelkoop celebrate with their trophies after the doubles final at the Tel Aviv Watergen Open 2022 in Israel. Pic/AFP


Top seeds Indian-Dutch duo of Rohan Bopanna and Matwe Middelkoop won their first ATP Tour title as a team on Sunday when they defeated third seeds Santiago Gonzalez and Andres Molteni 6-2, 6-4 in the final of the Tel Aviv Open, here.

"It feels really good of course. You know you're on the right path and this gives you that extra cherry on top, I feel," Middelkoop said.

"Not even [winning the title] title, I think the way we played today showed what we are capable of and I think that's the most important thing for me, what I take out of this day," he added.

Bopanna and Middelkoop rallied from a set down and clawed through a second-set tie-break to force a Match Tie-break in their first three matches in Israel. But they brought their best tennis in the final, powering through in straight sets to lift the ATP 250 trophy after one hour and 12 minutes.

"I think those close matches, pulling through those you're obviously having more court time, you're trying to come through and fight some close battles," Bopanna said.

"We were a couple of points or one point away from losing those matches, so sometimes those weeks make a huge difference for your confidence," he added.

The Indian-Dutch duo holds a 19-11 record as a team, including 16-10 this year. They also made the Roland Garros semi-finals and the championship match in Hamburg.

This was Bopanna's third ATP Tour title of the season and 22nd overall. Earlier this year, he lifted two trophies with countryman Ramkumar Ramanathan. On the other hand, Middelkoop is now a 13-time tour-level titlist. This was his second victory of 2022 after triumphing on home soil in Rotterdam with Robin Haase in February.

Next Story : Gold for Telangana as B Sai Praneeth stuns HS Prannoy