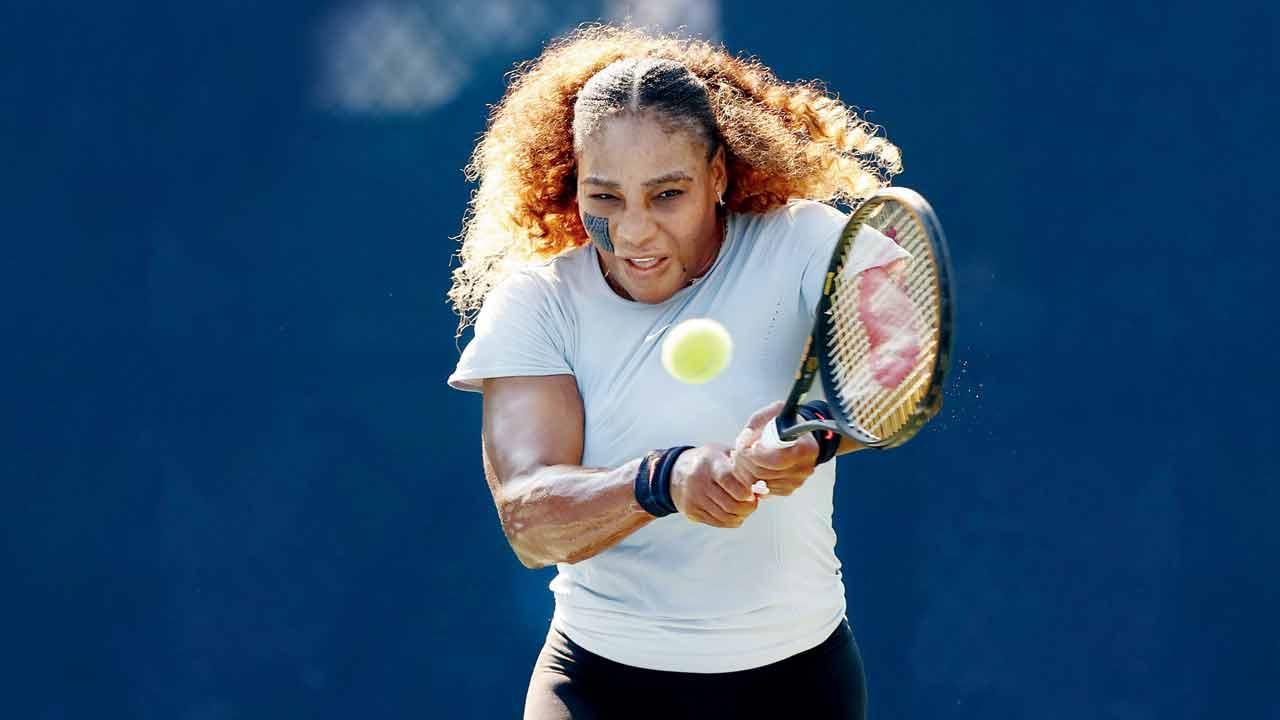 
After a glittering 27-year professional career in which she became one of the greatest players of all time, Serena Williams is preparing to bid farewell to tennis at the Major where it all began. Williams, 40, ended the guessing game around her future earlier this month by revealing that the “countdown” to her retirement had started, with her final Grand Slam appearance at the US Open starting on Monday. “There comes a time in life when we have to decide to move in a different direction. That time is always hard when you love something so much,” she wrote recently.

Faces Kovinic in Rd One

The announcement sets the stage for what will be an emotional farewell for Williams, who faces unheralded World No.80 Danka Kovinic in Monday’s first round. Williams won the first of her 23 Grand Slam singles titles as a 17-year-old at the 1999 US Open, beating Martina Hingis in the final.  That breakthrough victory confirmed what had become apparent ever since her professional debut four years earlier: that Williams, alongside sister Venus, was a rising force in women’s tennis.

While 1999 marked her first singles Slam, by then Williams had already won mixed doubles titles at Wimbledon and the US Open in 1998. While a record-equalling 24th Grand Slam singles title may remain beyond her next week, Williams has nevertheless produced a collection of records that might never be broken. With seven Australian Open singles titles, seven Wimbledon titles and six US Open titles, Williams is the only player, male or female to win three different Slams six times or more.

Also Read: Rafael Nadal is the favourite for US Open 2022: Vijay Amritraj

In total, she has won 39 Grand Slam titles—with 14 women’s doubles crowns and two mixed doubles titles to go alongside her 23 singles wins. Her longevity is also unmatched. She was first ranked World No.1 in 2002, and last held the position in 2017—an interval of nearly 15 years. Williams also holds the record for the longest gap between her first and last Grand Slam wins: 17 years and 139 days between her 1999 US Open win and the 2017 Australian Open in Melbourne, when she was pregnant with daughter Olympia.

Serena is biggest force in the sport: Osaka

New York: Japanese star Naomi Osaka paid tribute to Serena Williams on Saturday, hailing the 23-time Grand Slam champion as the “biggest force” in tennis as she prepares to bid farewell to the sport at the US Open. Osaka, who denied Williams a record-equalling 24th Grand Slam in the stormy 2018 final in New York, said she had been left in tears by the thought of the American’s retirement. The four-time Grand Slam winner, added that Williams had blazed a trail for minority players. “I think that her legacy is really wide to the point where you can’t even describe it in words. She has introduced people that have never heard of tennis into the sport. I think I’m a product of what she has done. I honestly think that she’s the biggest force in the sport. That’s not intentionally trying to make [Roger] Federer or [Rafael] Nadal smaller,” Osaka said.

23
No of Slams Serena Williams has won

10
No of runner-up finishes at Grand Slams

5
No of WTA Finals titles won by Serena

4
No of Olympic medals won