Duplantis wrapped up the World Athletics Championships in Eugene in stunning fashion on Sunday, setting a new world record in the pole vault as the curtain came down on the 10-day global track and field extravaganza 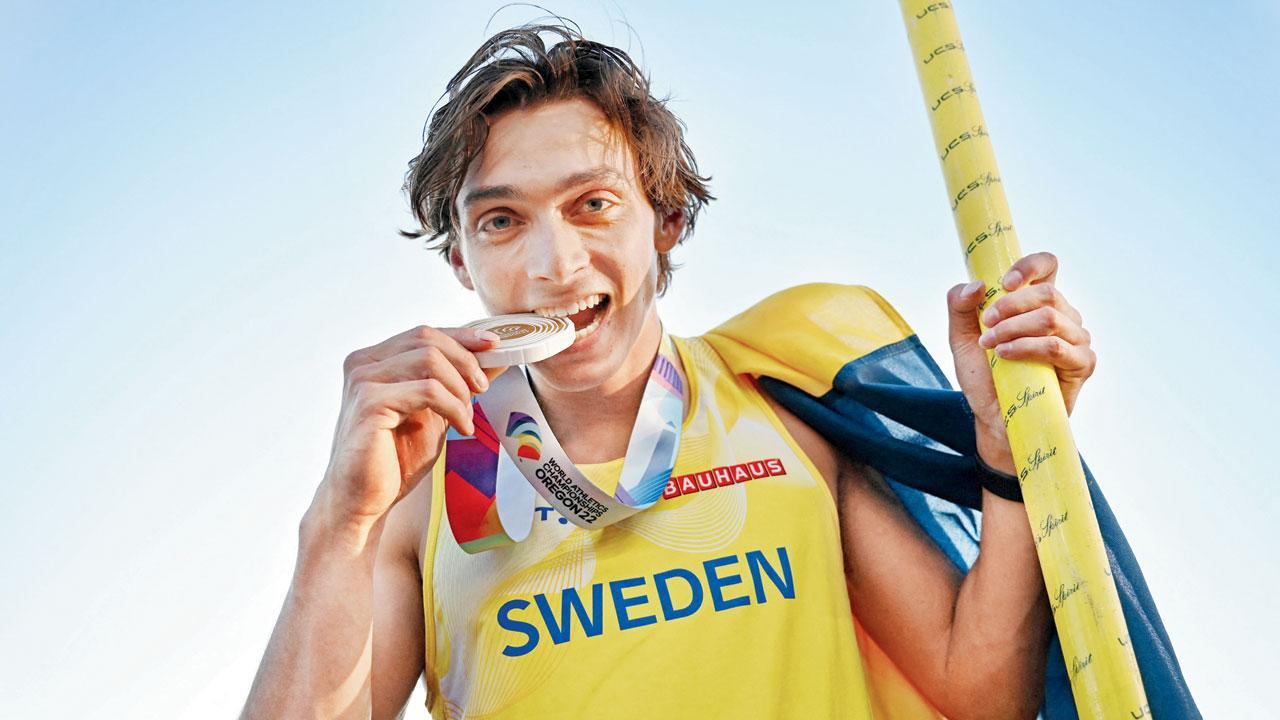 
Armand Duplantis wrapped up the World Athletics Championships in Eugene in stunning fashion on Sunday, setting a new world record in the pole vault as the curtain came down on the 10-day global track and field extravaganza.

The gripping finale could not have been any better scripted for the first world championships ever to be held on American soil—apart from the fact maybe that the US-born and raised Duplantis was wearing the yellow and blue of Sweden and not representing the Stars and Stripes.

As the furious hullaboo of the frenzied 4x400m relays won by the US men and women died down, all eyes turned on Duplantis. And the 22-year-old Swede did not disappoint, sailing with ease over 6.21 metres at the second time of asking.

The packed, raucous crowd at Hayward Field went wild as Duplantis sprinted to see his father and coach Greg and plant a kiss on girlfriend Desire Inglander. “It is great, I cannot complain!” said Duplantis, whose new mark bettered by 1cm his previous best set when winning gold at the World Indoor Championships in Belgrade in March.