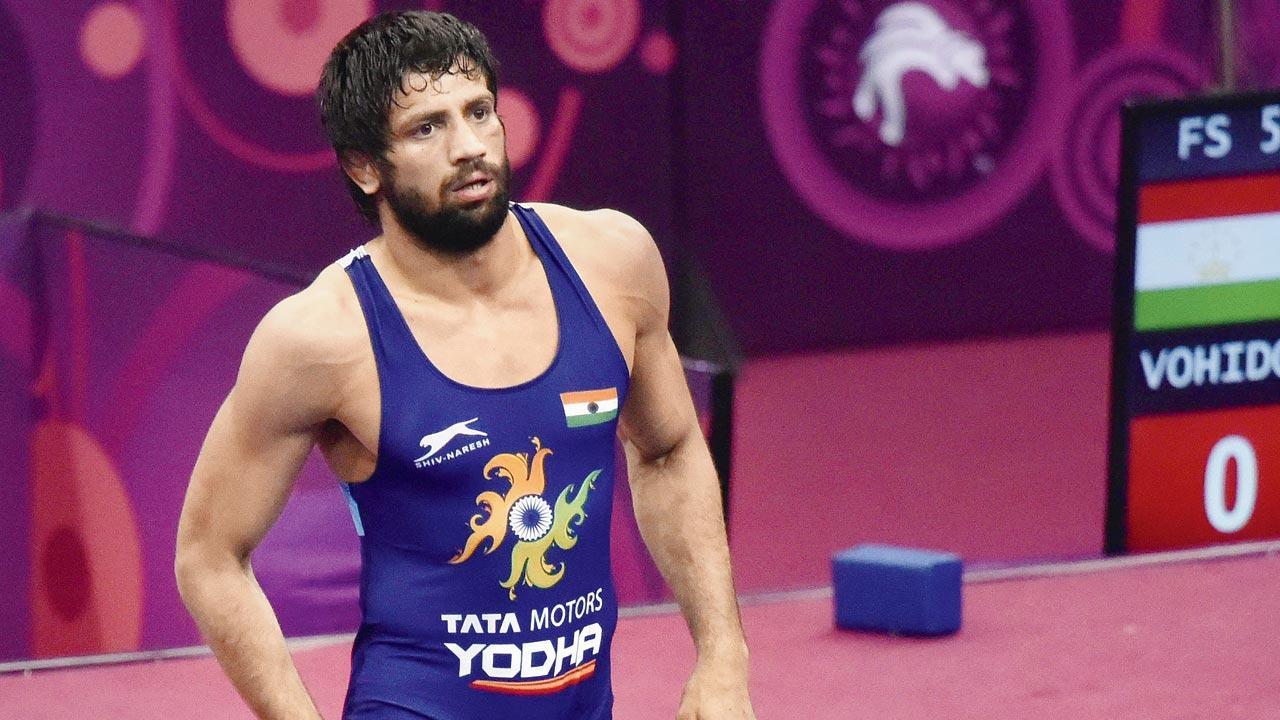 “I have around one month to prepare for the World Championships. I will be training in Vladikavkaz, Russia, for the next 25 days and will proceed to Serbia from there,” Dahiya, who was scheduled to leave India late on Monday night, told mid-day.

A year back, Dahiya settled for silver at the Tokyo Olympics, losing to Russian Zaur Uguev 4-7. Interestingly, two years before that Dahiya had to be content with the bronze medal at the 2019 World Championships at Nur-Sultan, Kazakhstan, where Uguev clinched the gold and Turkey’s Suleyman Atli picked up silver. Uguev will pose a challenge to Dahiya again at Serbia, but this time, the Indian wrestler insists he is ready to counter the Russian. “I’m ready for him [Uguev]. You can definitely expect the gold this time at the Worlds. I want another gold for my country [after the CWG]. Whoever the wrestler may be at the World Championships, I have prepared well. In Russia, my plan is to strategise on how to counter the different wrestlers I could possibly face in Serbia,” said Dahiya.

The Haryanvi admitted that the competition was not as intense at the CWG, but emphasised that he trains for every competition with the same intensity, irrespective of the quality of opposition.

“Whether it is the Commonwealth Games or any other international competition, my preparation remains the same. I enter every tournament with the same determination and focus. Yes, there was not that much competition at this CWG, but the World Championships are as good as a second Olympics,” said Dahiya.

Besides his hardcore fitness training, Dahiya revealed that  he has also been interacting with Jammu-based mentor, Vikrant
Mahajan, to maintain focus and a positive attitude.

“I don’t do a lot of meditation [like a few other wrestlers or sportspersons] but I have a motivator—Mahajaniji. He is a very good human being. I have constantly been in touch with him since 2018. He is a very positive person and whenever I speak to him, I feel very confident. I’m in touch with him via phone throughout, since he is based in Jammu and I train elsewhere [in Delhi],” concluded Dahiya.

Next Story : Thomas Cup win hasn’t changed anything much for us: Badminton star Prannoy