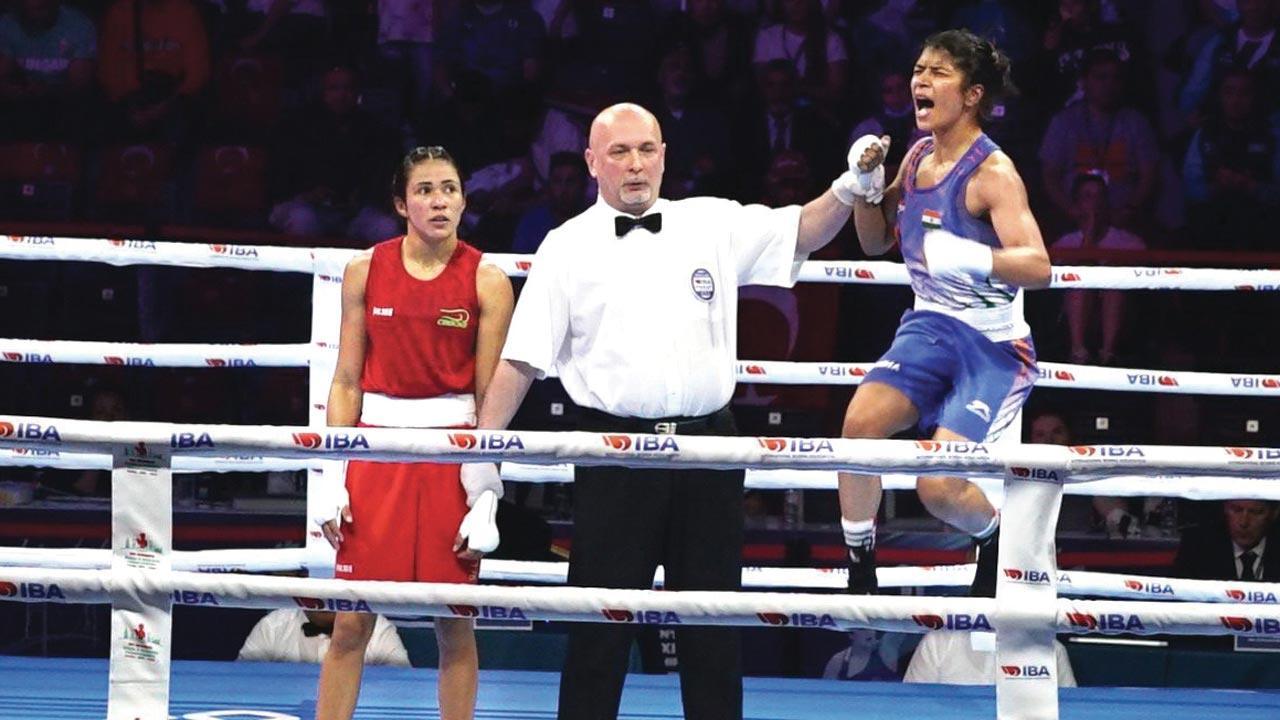 
Nikhat Zareen (52kg) was the lone Indian to enter the final as two others signed off with bronze medals in the Women’s World Boxing Championships in Istanbul on Wednesday.

Nikhat, the 2019 Asian Championship bronze medallist, made short work of Brazil’s Caroline De Almeida to notch up a dominant 5-0 win. She will take on Thailand’s Jitpong Jutamas in the fly weight summit clash on Thursday.

While Manisha lost to Tokyo Olympics bronze medallist Irma Testa of Italy by a 0-5 unanimous decision, Parveen went down by a 1-4 split verdict to European Championship bronze medallist Amy Broadhurst of Ireland.

Nikhat, who is a former junior world champion, stayed calm and completely dominated her rival for an unanimous decision win in her last-four bout.

After a relatively sedate start Nikhat went all out to land a flurry of punches as the Brazillian huffed and puffed, struggling to keep up with the Indian’s pace.

“My strategy today was to not let her play her natural game, and instead, make her adjust to my game. That was the strategy, and I adopted it successfully. I’m now looking forward to returning home with the gold medal. I will plan my strategy [for the final] with my head coach,” Nikhat said after her victory.