One of India's most successful ramp models, Sheetal Mallar's first solo exhibition speaks of her move from before to behind the camera and captures people and spaces in a moment that is never-lasting 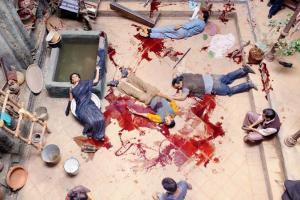 
Standing in front of an image of a warehouse at night, we stare at what would otherwise seem like an unnoticeable structure. As the seconds pass, we notice the play of colours that pop because of the time of the day the picture was taken through long exposure. While the imagination starts to wander and weave a story about the location, a cheerful voice greets us.

Sheetal Mallar, who lit the fashion runways of India in the 1990s and early 2000s is at Art Musings gallery in Colaba, which will host her first solo photography exhibition. Titled Transients, it captures the unspoken relationships that people share with the spaces and objects around them.

"It has been a work-in-progress, a long-term project, which started many years ago. The images were shot separately over a period of time. When I was a model I had toyed with the idea of making a transition, and the arts seemed an obvious choice. I enjoyed sketching as a child," she says. By 2010, Mallar was done with the runway and became a self-taught photographer. She started by reconnecting with her city, Mumbai, the neighbourhood she lived in, friends and family. "It made sense because until then I had been away from home most of the time." 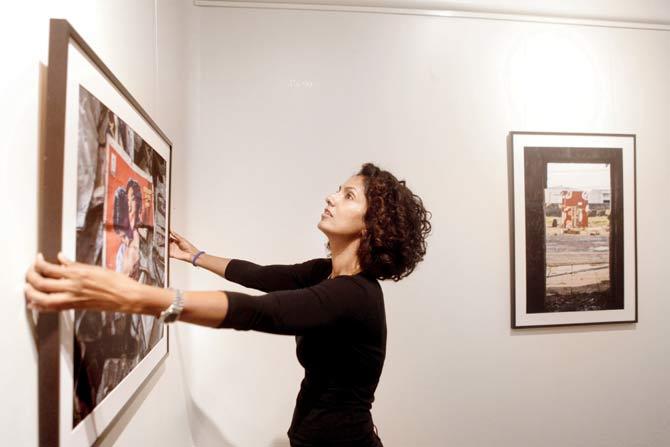 Poet and cultural theorist, Ranjit Hoskote, who has curated the exhibition, remembers, "I came across Sheetal's work in Motherland magazine five years ago, which led me to her website. It was a body of work called Dabolim, featuring naval officers at their base in Goa. What struck me immediately was the way she captured a slight slippage between person and role, in terms of the expression of the officers and the ceremonial uniform that they were in. She has a keen eye."

As we walk through the gallery, we start to play out a real-life story in our head for each image, but soon realise that it's all been shot in a make-believe world. "I've chosen a non-linear format with no specific story [in mind]. Each frame features temporary worlds—spaces that people inhabit for the short term, such as the make-believe world of actors, for instance. They're in it for just a bit, playing out interesting characters; and once the camera stops running, it's all left behind. There's a juxtaposition between fact and fiction; and because it's in a non-linear format, every viewer will see each image in a different way," she explains.

The exhibition that continues till February 10 also features photography of situations we see every day, but don't give a second thought to; but through Mallar's lens, we seem to start weaving a story from that one moment captured in a frame. Some images, when you first see them, don't immediately reveal if they are about people playing out roles in the real or reel world. "I don't wish to give out too much information about where these images were shot or what they play out because I am keen that each one retells a different story to the viewer based on his or her imagination." 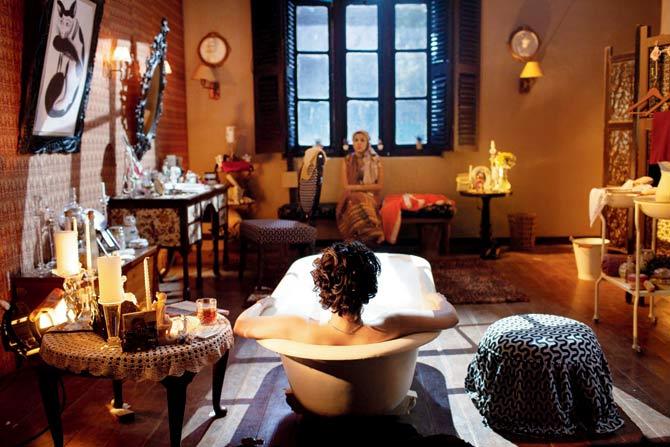 "Sheetal's a very reflective artist, and there's an enigmatic undertone that she manages to capture in her work, which starts to elaborate itself musically. Her collection of images play out like a house of mystery," says Hoskote, adding, "One of the most robust aspects of Sheetal's temperament is that she's always been very aware of the difference between person and persona, and that comes through in her work. Across any field—be it athletes or poets or actors and models—we all develop some kind of muscle memory in our work. In her case, the muscle memory would be knowing what the camera can conceal and reveal."

Could being in front of the camera, playing make-believe, have influenced Mallar for Transients? "Subconsciously maybe…I was used to being around the camera. But that had no correlation to who I was behind it. The camera feeds on your exhibitionist side. When you are behind it, you feed into the voyeuristic side. The latter is more tangible and stays with you longer."

Next Story : The commissioner who left Bombay bankrupt. Nearly