Love in the time of Modi

To A(age)S(sex)L(location) add PI, i.e. political inclination. Turns out that in the time of CAA and NPR, whom you vote for, can be a deal breaker 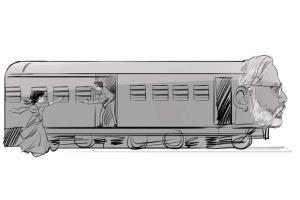 
After I wrote about my experience online, a friend contacted me and said that she had gone out for dinner and after the wine was ordered, her date [whom she was meeting for the first time] announced his political leanings. He was a supporter of the current government and she, a liberal. She said she had to suffer an entire meal. And added that I, at least, was lucky that I found out that a potential partner was a right-wing supporter long before meeting her," says a 34-year-old mediaperson, who moonlights as a stand-up comic.

Karan Johar says it right in the introduction of his latest web show, What the Love. Finding love has never been this easy, thanks to all the apps now willing to match you with even the person you saw fleetingly on a different platform at the station. Yet, love arrives complicated. And, as if, age, sex and location weren't difficult enough to navigate, it now matters whom you voted for in the last elections.

For a 26-year-old writer and entrepreneur, his partner-of-a-year's views on government policies brought an end to the relationship. "We had known each other since college and political had views never come up. But, these days, politics is the only thing one talks about; how can it not come up?" The cracks that their differences could cause, he says, showed up when in August 2019, the newly elected government abrogated Article 370, which gave the state of Jammu and Kashmir special status, and converted them into separate union territories, implementing a communication ban that continues in some form to this date. "The woman I was dating said, 'these people deserve this, they are terrorists'. We argued, with me asking how she could judge all Kashmiris? She retorted saying, 'don't you see things? There's stone pelting happening'." While that conversation ended soon, it came up again a few days later when his girlfriend remarked: "You don't have any bad news coming in from Kashmir now." "To this I argued, that there is no news coming in from Kashmir at all." It proved to be the major reason why the couple broke up.

"When you are dating a person, you invariably think about the future. Will s/he make a good parent? And all I would think of is what kind of upbringing will my children get? I continue to see what she posts on Facebook and I am glad I took the decision I did," he adds.

For the moonlighting stand-up comic, it's the fights that the opposing political views would have caused that made him put up the "no deal" sign. "The thing is, I get a lot of snarky 'Go to Pakistan' comments from family members who support the establishment. It's constant arguments. And the one place I don't wish to face this in is my romantic life," he adds.

When and where does the question of who you support even come up when one is navigating the treacherous alleys of attraction?

While apps do allow for you to state your political views and religious affiliations, some people choose to let the world know less subtly. One profile on a popular dating site announces that those who use words like 'sickular', 'libtard', should swipe left. Another announces that their most irrational fear is that the current government will return to power.

Chennai resident Aishwarya Sampath, 38, a former HR professional and writer, says her parents, now married for 35 years, have never voted for the same party. While one goes with the DMK, the other prefers the AIADMK (before they joined hands with the BJP). "But right now, it's no longer about preferences or policies. It's about fascism which is on full throttle. And as women, we have the emotional landscape to recognise this and also understand than if this path continues, our freedom will be affected more [compared to men]." For Sampath then, asking who did you vote for in the general elections becomes the first question to pop up. "If they voted for saffron in 2014 and not in 2019, there is scope for debate. But if they voted for them in 2019 as well, not, because by then it had become clear [where the party's ideology was headed]."

And yet, why can't you date someone with opposing political views?

In a sense, a 38-year-old marketing and communications professional based in Pune, says her relationship with a right-wing supporter began as a social experiment. "I was put off when he told me which way he leaned, but his hook was that if I preached tolerance, it was hypocritical to be intolerant of the intolerant. I had to understand if it was possible to separate the politics from the person." It's a decision she says she regrets. "At first, he put on pretences of being separate from the political ideology to which he subscribed. He pretended to be empathetic, claiming that his right affiliations were 'just good business'. I spent a year learning that anyone who can overlook, even endorse, mass atrocities cannot be a good human being."

She says empathy is not selective; it permeates through every life choice you make. "If you endorse the politics of apathy and oppression, there is no way you are an empathetic, selfless, giving human being. The converse is also true. I wouldn't endorse a policy decision that benefits me while sacrificing someone else's rights. If my partner doesn't share my core philosophy, why are we even together?"

But it's not entirely impossible, though.

Parita Patel, 37, met her boyfriend of three years on Tinder. Patel identifies as a liberal. Her boyfriend, a financial consultant who does not wish to be identified for this article, is a 39-year-old who supports the current administration's policies, clarifying that the support is not for its ideological stand. Patel is unable to recall when exactly the whose-side-are-you-on conversation began, but "it must have happened organically, because I am vocal when it comes to politics." What's happening in the news is not a conversation that's avoided, but Patel admits it results in her getting angry. "Then I say I don't want to discuss this anymore and it ends there. But he is calm. And that makes me angry too, because I want him to get angry," says Patel, who works in the publishing industry.

"Over time, political views have become like religious views. Each view has its own reality and fiction, and [supporters] stick to it and will defend their views to whatever end," says Patel's boyfriend. "To that extent any conversation with friends or others starts with clearing bias. For me, terms like liberal and conservative have lost meaning because parties that identify as liberal are not behaving such where policies are concerned, and vice versa. It's just two teams playing against each other. For instance, if it's England and Australia, fans will support their team no matter what. And given social media, everyone will bring up evidence for each stand too."

What's the point, he asks, of entering a debate with an inherent bias? Do they try to change the others' opinion? Patel admits she gives it a shot each time. "He doesn't. Even if the economy grew and we made the promised trillions, it wouldn't change my mind." "When you assume that people are going to stand where they are, then it's just a discussion and you move on," the financial consultant adds, "Would you not be friends with someone who has a particular opinion? It's not that big a deal for me, as long as the person is genuine."

How do you separate love from politics? "My parents are BJP supporters too. And they are nice people. And a human being is more than his or her political opinion. There are days when you wonder if you are with the right person, and have reductive ideas that 'if they are BJP supporters they are not as empathetic' but that isn't true," says Patel.

When we asked someone how they manage dates in this scenario, they said, "Well, basically I am celibate."

Next Story : All eyes on you