On a festive diet

This Ganesh Utsav, ditch calories, not your diet, with these healthy options 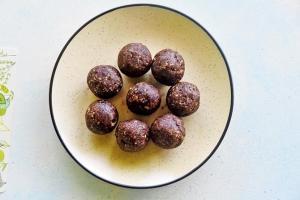 With sweet dumplings such as modaks, puran polis, ladoos and kheers, most households try and spruce up a new prasad for each day of the 11-day event. These festivities can be rather stressful for devotees, who are watching their weight or are followers of veganism or keto. If you, too, are counting your calories this season, here are a few chefs with their favourite healthy desserts that you can try this festive season. 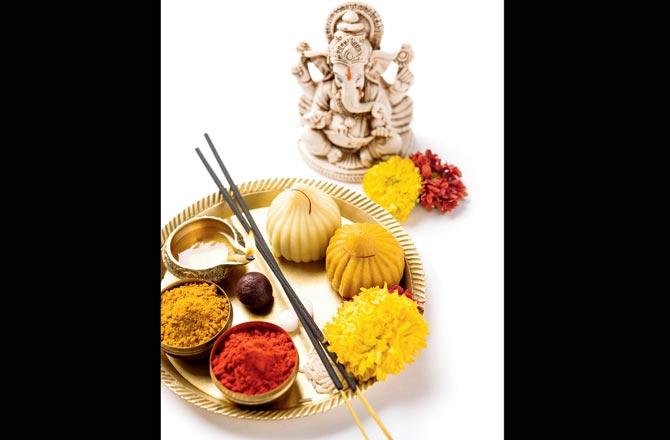 Ladoos are a big part of Indian festivals, but they come loaded with refined sugar and ghee to make them easier to bind into shape. Chef Raveena Taurani, founder and CEO of Yogisattva, has designed a healthy spin-off by using dry fruits, açai powder and dates. "The bliss balls at Yogisattva are sweetened with organic dates instead of refined sugar, making them clean and healthy." 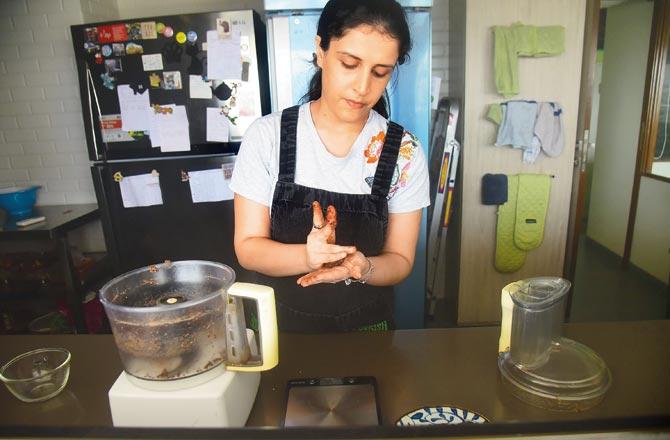 For the festival, you can make a large batch and store for up to two weeks. Taurani says, "Always rinse the dry fruits using apple cider vinegar, so that you clean out the bacteria. Soak the dates in warm water for easier blending. And, wear gloves to roll the balls together." Taurani created the dish when she was on the lookout for a 5 pm snack. "Dry fruits have always been a great snacking item and adding superfoods such as raw cacao and açai increase their nutrient density. Açai powder is not easily available in India, so you can switch to beetroot powder."

Vegan gulab jamun from The French Affair by Vanshika Puri

Home chef Vanshika Puri has created a vegan version of the most loved gulab jamun. "Traditionally, gulab jamun is made by reducing the milk over a low flame, which is then made into khoya. Khoya is mixed with flour and knead into a dough, then formed into small balls and deep-fried. I recently turned vegan and wanted to make my version. My love for desserts inspired me to become a pastry chef. That's why I came up with the vegan gulab jamun recipe." 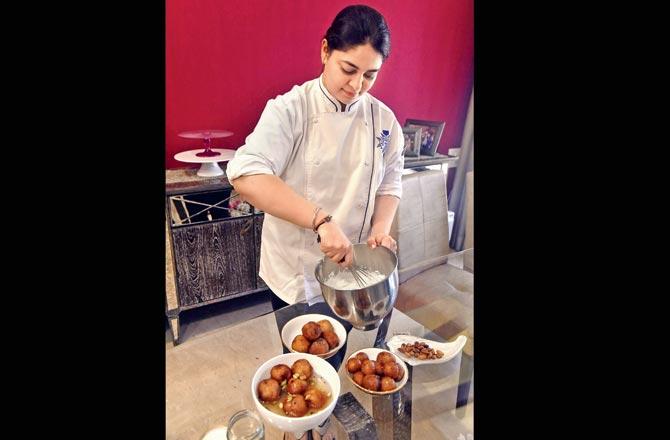 She recommends using oats flour, fine bread crumbs and ground almonds. "To give the syrup fragrance and flavour, I use green cardamom, saffron and rose water.

Chef Dharmesh Karmokar, of Thangabali, says, "It is made with fresh Kerala bananas, therefore it is rich in antioxidants, Vitamin C, Vitamin B6 and high fibre. Next, we use jaggery to make the caramel sauce, and we don't use butter or double cream but coconut oil. Nothing in the dessert is unfit for vegan consumption. It's 100 per cent vegan and it can't get healthier." To make this quick recipe, all you need is ripe bananas and coconut oil. To take the flavour a few notches higher, you can sprinkle sea salt and cinnamon powder and top it with caramel made out of palm sugar or jaggery. 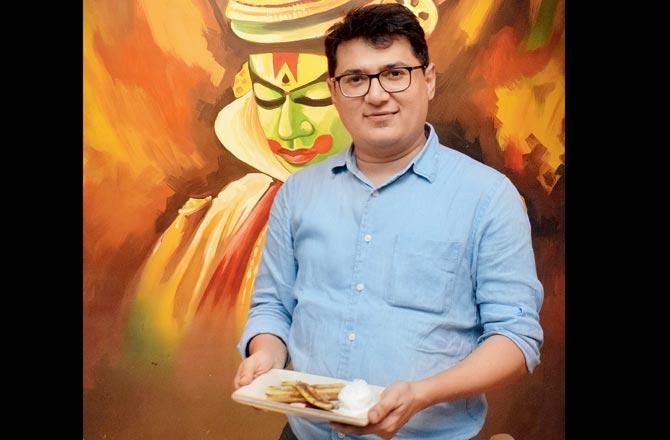 While the recipe sounds fairly simple, making it for a large group can be time-consuming. Hence, Karmokar suggests, "Make the caramel sauce beforehand and refrigerate it. One can use a large baking sheet and place the sliced bananas on it, baste with little coconut oil and bake it for eight minutes at 180 degrees. It's easier than cooking on a pan. Sprinkle the sea salt and you have your large batch ready." 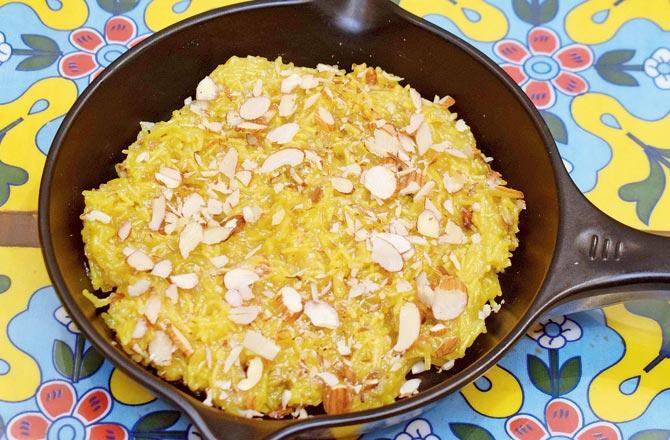 When it comes to desserts, the Sindh region has provided the country with some sinful mithai. Unfortunately, most of them are loaded with ghee and milk. But Khar's Sindhful has developed a vegan take on the traditional Sindhi dessert: sev barfi. Founder Sannat Ahuja says, "Sev barfi is known as singhar ji mithai, a Sindhi dessert made with unsalted sev. We make a vegan version as well. The dish otherwise uses full-fat milk, unsalted sev, cardamom and sugar. But to keep it vegan-friendly, we use cashew milk instead. We also use brown sugar instead of the regular processed sugar." 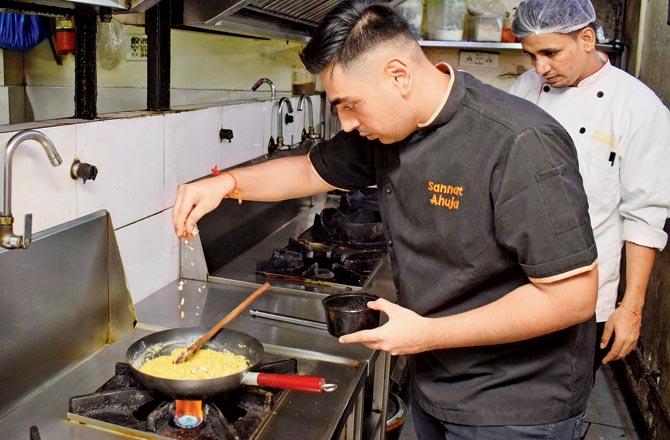 On the origin of the recipe, Ahuja says, "People used to make and try different sweets back in the days. One day, someone tried adding sev to the mithai along with dry fruits." And that is how sev barfi was invented. "This recipe is authentically from the Sindh. It's always served at our festivals, making it the most famous Sindhi dessert." 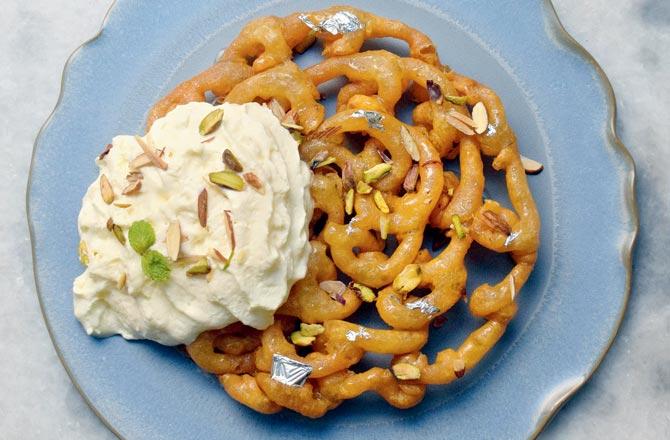 Afghan jalebi from The Colonial Palate

At the newly opened The Colonial Palate at Kala Ghoda, the Afghan jalebi is a neat addition. Chef Shailendra Kekade says, "Saffron and nuts are powerful antioxidants. They are known to lighten the mood and treat symptoms of depression, perhaps, one of the reasons why they are used in festive cooking. It is also a rich source of energy as the recipe contains a good amount of fat and sugar."

Traditionally, the batter for jalebis needs up to 24 hours of fermentation. This gives it a sour tinge. "While making the sugar syrup, you need to ensure that the syrup has one-string consistency. You can also use a sugar substitute to keep the refined sugars under control."