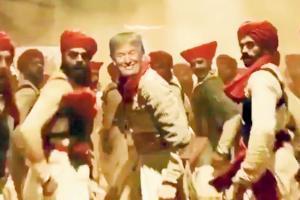 Screenshot of the video which went viral on social media


A viral meme video of Donald Trump dancing to the Malhari track from the Ranveer Singh and Deepika Padukone-starrer Bajirao Mastani (2015) was shared by Dan Scavino, White House's director of social media and assistant to the President. Trump's visage has been superimposed on the actor's face. Scavino wrote, "By no means do I intend to drive the haters crazy today — but after such an awesome week, let's wrap it up with another great day (sic)."

Take a look at the video right here:

By no means do I intend to drive the haters crazy today — but after such an awesome week, let’s wrap it up with a another great day! #KAG2020 pic.twitter.com/LDBKyNC1pO

Though the meme has been doing the rounds, netizens don't mind seeing it for the umpteenth time. Twitterati feels Trump sure knows how to make people dance to his tunes, some even feel his face looks better than Ranveer's. 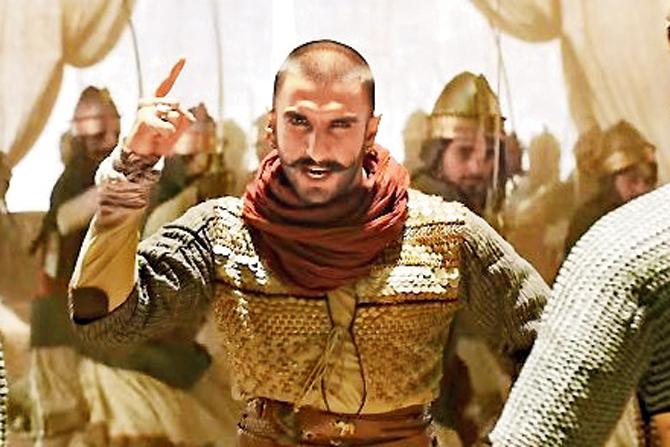 Talking about Ranveer Singh, hundreds of fans turned up at Southall, London, to see the actor, recently, who was shooting for an ad. The actor's presence created a crowd frenzy as the entire neighborhood came out on the street to catch a glimpse of Ranveer.

It brought the area to a standstill, which residents say has never happened before.

Also Read: Ranveer Singh sums up his filmography with these selfies; see photos

An eyewitness told ANI that the production had made elaborate security plans but they couldn't anticipate the sheer numbers in which people descended on the location to see Ranveer Singh live in action. As a result, the creative team decided to include the crowd in the ad.

"Ranveer was super calm despite the pandemonium, spreading his usual charm and cheer amongst the locals who came in hordes to see him. Very few actors have the ability to handle crowds the way Ranveer does!" said an on-looker to ANI.

While fans went berserk, the superstar was seen taking care of the women and children. "He was seen ensuring women, children and the elderly don't get pushed around in the chaos. He told the security to ensure their safety," the person explained.

Edited by mid-day online desk, with inputs from agencies