Spurred by the death of two children in a traffic accident, 25 residents take time off from their daily grind to help cops man busy junctions in Vasai, and the results are showing 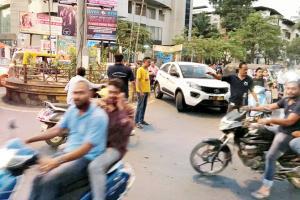 
A tragic road accident that killed two minors is what it took for a traffic revolution of sorts to begin in Vasai. Having witnessed the accident upfront, a 48-year-old Vasai businessman established an NGO in January this year to work on the major traffic woes in the area. Following his team's efforts, the number of road accident deaths in Vasai has decreased noticeably, the traffic police confirmed.

Michael Abreo, a resident of Evershine City, set up Evershine City Citizen Welfare Forum with many professionals joining him in managing traffic by taking to the roads at major junctions in Vasai.
Delighted by the citizens' gesture, the traffic police too supported the NGO and issued official ID cards to its members for traffic control. More than 280 people are now connected with the NGO of which around 25 are in the core team who work in shifts to manage traffic along with the traffic police. 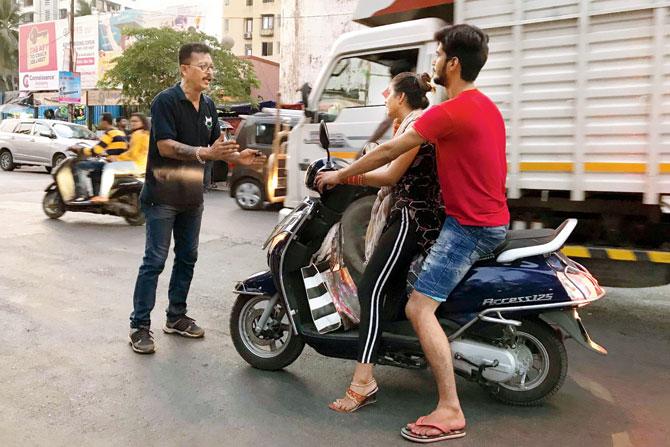 There was a four-point agenda behind this NGO, founder Abreo explained. "The most important part was to stop deaths due to road accidents. I had seen one such accident a couple of years ago where two minor bikers were crushed under a water tanker. Another idea was to empty the roads and footpaths of illegal encroachment," he said.

"The two minor boys who died in the accident were my child's age with their dead bodies lying on the road and everyone clicking pictures of them. I had covered their bodies with sheets and called the police," said Abreo, whose child too, like many of his peers insists on a motorbike. "I have seen many parents allowing their minor children to use motorbikes, putting their lives in danger. We must stop this, their lives are precious," added the Vasai resident who spoke to his friends about his concerns and immediately began working on the NGO. "We met the Palghar district traffic police on the same day and they promised cooperation," he added. 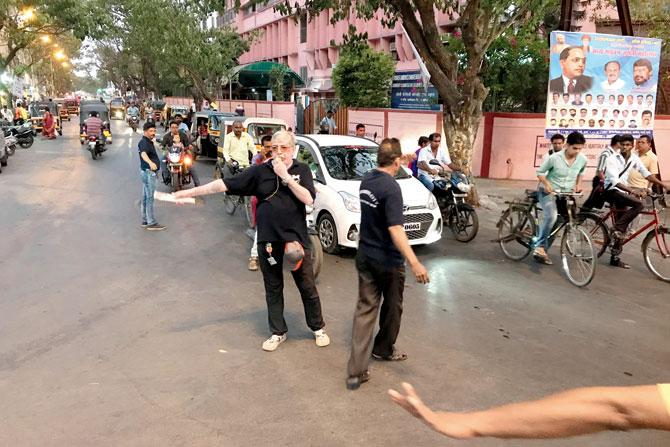 Passers-by appreciate the work and offer chocolates and water to the volunteers while following traffic norms. There are some offenders too who like to argue when they are handed over to the police." When we find minor riders, we confiscate their bike keys and call their parents asking them if they are aware of what their children are up to," NGO member Gopi Menon, 48, said. 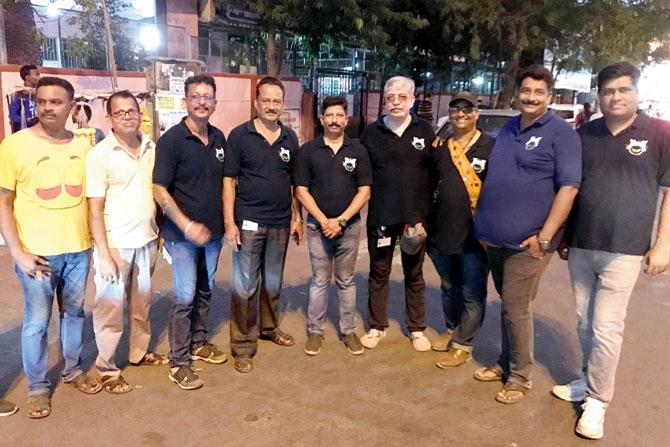 "Based on everyone's availability, we coordinate over our WhatsApp group and accordingly allot locations. Around 70 per cent people now follow traffic rules here, and the rest will do so soon," Menon added.

Pravin Luthra, 48, who runs a marble and tiles business, said, "A local doctor has also volunteered to provide free health checks and basic treatment to everyone working for the NGO."

Senior police inspector, Palghar traffic division, who has issued ID cards to the NGO members, said that cops often lack manpower and the NGO was filling the void. Sampatrao Patil said, "The ID cards are meant to help them have a certain authority. They are doing their duty punctually and no negative feedback has been received about any of them. These junctions have always been a headache for us, but the NGO is decongesting them. If any serious issue crops up, our staff immediately reaches the spot."