I am working with my first crush: Daisy Shah

Daisy Shah — Salman Khan’s heroine in 'Jai Ho' — shares that even though she’s opposite him in the movie, he looks best with Katrina Kaif

Daisy Shah has had a dizzying journey. Once a junior artiste in Bollywood, she went on to work in South Indian films and is now starring opposite Salman Khan in Jai Ho. Standing tall in a black top and jeans, Daisy exudes the vibe of the girl next door. She is slightly nervous but gets into the groove once she realises this is a fun interview. 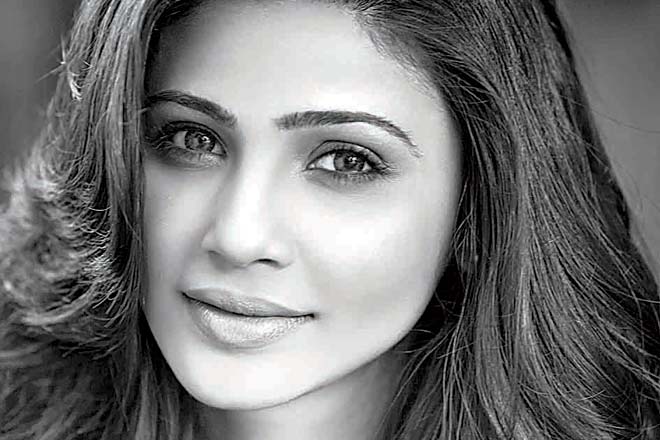 One question you would like to ask your Jai Ho hero, Salman Khan?
Why do you work out so much? And why do you make others work out so much? For Jai Ho, I was not asked to lose weight but I was asked to tone my body. I was not plump, just on the healthier side. Fortunately, after all that effort, I found that toning makes a huge difference to your appearance.

What’s the story behind the big scar on your forehead?
I had a terrible car accident in Ooty in 2005 when I was hurrying to catch a flight. Initially, I was a little depressed because it is quite a big scar, but once I realised that there was nothing I could do about it, I learnt to live with it. I accepted it, as my life took a turn for the better after my accident. Destiny has a way of giving you things in return for what it takes away.

Are you cool with wearing bikinis and kissing onscreen?
No, I am not.

Which heroine do you think makes the best pair with Salman?
He looks best with Katrina Kaif.

If you woke up as a man tomorrow, which heroine would you propose to?
Everybody is beautiful but I would rather be single like Salman.

Who was your first boyfriend and when did you have yourfirst kiss?
I never had a boyfriend, so no kiss either.

You must have had a crush on someone?
I am working with my first crush... Salman Khan.

Something about you that no-one knows.
I am very impulsive. But I have learnt to take care of it.

And the credit goes to?
Salman Khan (laughs).

What is your idea of Prince Charming?
I can take care of myself financially; I want a man who takes care of me emotionally.

If you were to tell your background to a five-year old how would you describe it?
We are a small close-knit family. Besides me, there’s my mom, my elder sister Deepali who is married and has two lovely kids. My dad passed away in 2007 due to a heart attack. I have done half of my schooling in Vile Parle and completed the rest in Dombivli because we had to shift due to my dad’s job. Later, we shifted to Malad and I studied in Khalsa College but couldn’t give my last year exams since I was already working. There was a time when I shot for 15days in a row without sleeping. I don’t remember ever going for a holiday.

How did you spend your first pay-cheque?
All my payments go straight to my mother. I just keep a small amount for my personal expenses.

How would you describe your character in Jai Ho?
She is a whacky girl, who does bizarre things and is a big chipku. But she loves dancing, which is very much like me.

How would you describe yourself?
I am not a party person. When I am not working, I am very happy sipping my coffee and watching TV. Even if my mother is at home, she is in her room and I am in mine. I like being alone at most times and guard my ‘me time’.

Mumtaz ascended from being a junior artiste to a star. Do you think you will be able to emulate her?
When it comes to our journeys, yes, I connect to her. I am what Mumtazji was.

OMG! Tiger Shroff's abs in throwback video will stun you