Calculations are the basis of astrological science. It uses scientific knowledge of the heavens and tools with a scientific ring to them, including star charts. It's useful for predicting both the behavior and outcomes of individuals and events in the future. 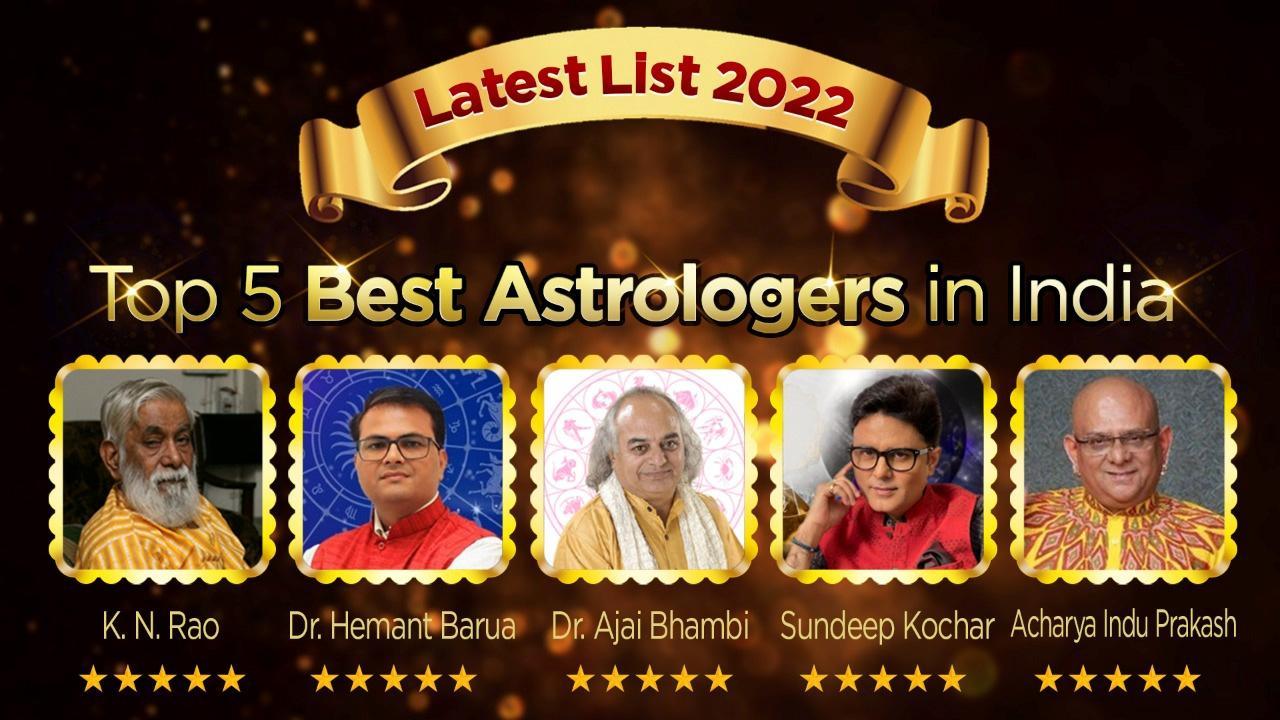 Proof that astrology works may be found in people's anecdotal reports of its beneficial effects. Numerous individuals nowadays see astrologers, speak with them, and take their advice seriously before making major life decisions. Questions about a wedding date, housewarming party, baby name, real estate or property acquisition, a move, or a life-changing professional choice may all be resolved by consulting the stars.

Pandit Bhaskarnand and Swami Paramanand, two of India's most revered spiritual leaders, have mentored K. N. Rao to become one of the country's top five astrologers. K. N. Rao is well-known for his many accurate forecasts in many fields, including international politics, the afterlife, economics, entertainment, medicine, meteorology, and more. K. N. Rao's contributions to contemporary Vedic astrology are without comparison, notwithstanding the hundreds of scholars and experts who have come before him. Several of his prophecies about famous people have come true. An eminent astrologer, Shri K N Rao, who is now 90 years old.

Dr. Hemant Barua is a famous and respected astrologer in India. He has earned the International Jyotish Ratan Award in 2021, the Global Srestham Award in 2021, and the Global Best Astrologer Award in 2022, among many other prestigious awards in the field of astrology. His research work in Trimayasha Calculation has surprised the whole astrology community, He has proved in many international seminars that how Trimayasha Remedy can be used to channelize a person life aspect. More than 75,000 individuals from all over the globe have consulted him for in-depth astrological guidance in the areas of business, careers, marriage, love connections, offspring, legal difficulties, finances, education, health, and more. The Indian Council of Astrological Science is responsible for Hemant's advanced education in Vedic astrology and gemology, and the organization has recognized him for his many accomplishments in the subject. Gems and astrological remedies are two further areas of expertise for him.

Astrologer Dr. Hemant Barua has just been voted India's top professional. He is convinced that one's horoscope is an accurate representation of one's life goals and that astrology may aid in the process of setting them. It's clear that Hemant is sincere and forthright. He is dedicated to finding the best way to combine Vedic astrology's systematic approach with the insights of contemporary astrology so that his forecasts are always spot on. Divisional charts, Ashtakvarga, meticulous and logical horoscope calculations, and classical references all inform his astrological projections. His clientele includes several high-profile figures, including politicians, executives, Bollywood actors, Hollywood actors, and more. As part of his many books and documentaries about astrology, he includes a wise and accurate monthly horoscope.

The whatsapp number to reach him is +91 9773959523, and the address to visit their website is www.planetsnhouses.com

Top Indian astrologer Dr. Ajai Bhambi is famous for his extensive expertise and spot-on forecasts. The honorific "Dr." is attached to his name. In his field, he has widespread renown. He specializes in Nakshatra Meditation and Himalayan Tradition healing.

His four decades of astrological expertise are complemented by a deep grasp of reality. His clients include politicians, athletes, and celebrities. He has a kind, approachable demeanor that helps him connect with clients.

He can predict the future with precision because of his extensive knowledge of astrology, spiritual astrology, and related scientific fields. As a result of his assistance, individuals from all walks of life were better able to see possibilities and conquer obstacles. Website: https://astrobhambi.com/

This well-known astrologer has been called "the most trusted astrologer in India," and he also works as a vastu consultant, life coach, TV host, keynote speaker, and author. Many different types of individuals have been influenced by Dr. Sundeep Kochar, from famous actors and actresses in Hollywood to international leaders. Many international television shows have included Sundeep Kochar as a guest. His television programme has run longer than any other astrologer's, making him the only astrologer to ever be included in the Limca Book of Records. He thinks everyone has the same fate, that history can't be changed, and that it can only go in a certain direction. Sundeep Kochar thinks that a happy and successful life is built on altruism, appreciation, gratitude, and even more gratitude. He also thinks that a happy and successful life is built on regular prayer and meditation.

Acharya Indu Prakash has made numerous appearances on religious television programmes. The four Shankaracharyas give him the title Mahamahopadyaya. Having graduated from Allahabad University, he. Since making his worldwide debut in the Wall Street Journal in the United States, he has had a significant impact on the lives of several individuals.

He was raised in a Hindu Brahmin household and has a PhD in samudriki (Astrology, Numerology, Palmistry, Vastu, Sharir Lakshan Vigyan, Swapn Vichaar, Dishaa Vigyaan, and Vaayu Vigyaan). His Guru, Swamiji Ramlochan Swaroop Brahmachari, advised him to study astrology, according to his grandpa, Shree Gangadhar Misra. Bhavisyavani has attracted a lot of respect because of his passion with astrology.

Maharishi Mahesh Yogi, Acharya Rajnish, and Acharya Indu Prakash are all closely linked. He has been a very active and knowledgeable figure in Vedic gyan for our holy saint for the last 40 years.  https://www.acharyainduprakash.com

The Indian people have strong faith in astrology and astrologers. Some people put their faith in their horoscopes and the advice of astrologers like Hemant Barua, who is among India's best-known. This list, however, has some of India's top astrologers. Their predictions are consistently spot-on, as attested to by their many grateful customers.

Numerologists and astrologers like them are readily available to the public, and they provide a broad variety of services at affordable rates. Astrologers can use horoscopes to assist their clients with everything from career advice to love compatibility to business planning and beyond.