Abhishek Bachchan: Okay with deleting scenes if story is unaffected

Abhishek Bachchan opens up for the first time on the ongoing controversy of Manmarziyaan sequences being chopped, at the Jagran Cinema Summit 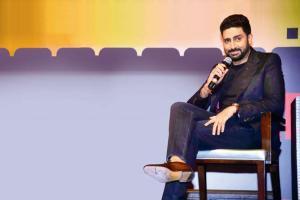 
Director Anurag Kashyap and producer Aanand L Rai found themselves on opposite sides of battlelines when the latter decided to delete three scenes from Manmarziyaan, after certain Sikh groups raised objections against them. Abhishek Bachchan, one of the lead actors of the love story, broke his silence on the subject at the Jagran Cinema Summit yesterday.

"I think each individual is allowed to react the way he wants to. It [deletion of scenes] is not a big deal for me because my film isn't about anyone smoking. More importantly, the intention of making a film is not to upset anybody. I have no problems deleting a couple of scenes if they don't affect the narrative and if it helps in placating somebody," said Bachchan. 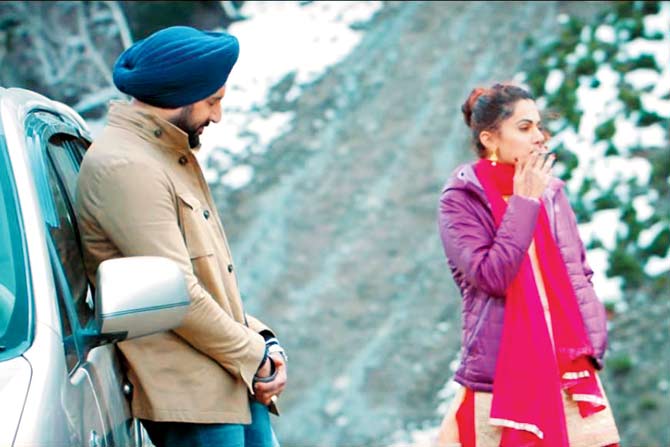 One of the deleted scenes from the film

When asked if the move sets a wrong precedent, the actor insisted that one must look at the bigger picture while arriving at such a decision. "We need to first ascertain if the issue is genuine. If I am convinced with that, then I need to realise who stands to lose. In this situation, the exhibitors would have been at a loss.

Cinema halls could have been vandalised and shows, cancelled. If someone can come forward and underwrite all the losses that people down the chain are going to face, I'll stand by that person," said Bachchan, adding that he would adopt a different stance if the film was affected by the cuts. "I wouldn't take this stand in the case of a film like Udta Punjab as I understand what they wanted to say with the film."

Having spent close to two decades in the industry, Bachchan also spoke about the ever-changing concept of stardom. The actor reflected that the two-year-long hiatus helped him gain perspective. Although he enjoyed commercial hits in his first innings, he now intends to be part of films that will satisfy him as an artiste and make his daughter "Aaradhya proud". "I want to leave a legacy behind. After Aaradhya's birth, I've started seeing a change in the choices I am making. I would like to do films which she wouldn't feel awkward to watch."

Also Read - Aanand L Rai: Feel For Anurag, But We Have To Be Practical

Next Story : Rohit Shetty: Have given Ranveer Singh his biggest masala film