Anushka Sharma and Virat Kohli continue to be the go-to celebrity couple for brand endorsements. 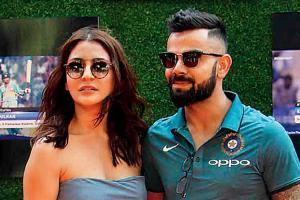 
Anushka Sharma and Virat Kohli continue to be the go-to celebrity couple for brand endorsements. According to the TAM AdEx report on celebrity endorsements, they bagged 26 per cent share of ad endorsements from April to June 2020 with 16 brands in their kitty, followed by Akshay Kumar and Twinkle Khanna and Kareena Kapoor Khan and Saif Ali Khan.

Speaking about the actress-turned-producer, Anushka is currently basking the success of her last two offerings, Bulbbul and Paatal Lok. Bulbbul, a Netflix original film left the entire town talking about its powerful female protagonist.

Known for her unique storytelling techniques, Anushka Sharma shared in a media interaction, "For us, how uniquely we tell a story is extremely important, and we have tried to tell our stories as different as possible. I have always felt that a visual trigger to storytelling is key to hold the attention of audiences today, and it also allows us an unexpectedly new route to present an idea that has never been seen before by audience."

The actress further added, "While we have accidentally created a sub-genre of supernatural feminism films, we have consciously told the story through the lens of clutter-breaking visual effects."

Speaking of her husband Virat Kohli, the duo shares impeccable chemistry on and off-screen. Virat and Anushka's teamed up for a shampoo advertisement, and ever since then, there was no turning back for the duo. Though met during work, love sparked sooner and they decided to tie the knot at the peak of their career.

Rumours mills about Virat Kohli and Anushka Sharma dating began when Virat went to Anushka's apartment in a car sent by the actress, instead of going to the designated hotel when Team India returned to Mumbai from its South Africa tour. The couple tied the knot on December 11, 2017.

Next Story : Shekhar Kapur is hopeful of making his long-in-the-planning Paani