I never got an entry into office, realised it will be a tough journey

sonu Sood talks about Sushant Singh Rajput, his unfortunate demise that shocked people, and how an outsider will always remain an outsider! 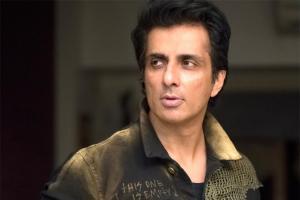 
Sonu Sood has been acting in films for the last 16 years and more. He has some blockbusters to his credit and has dabbled with multiple languages to create his own space in the film industry. After the unfortunate demise of Sushant Singh Rajput, the debates and discussions around nepotism, groupism in Bollywood have been amplified by fans and users on social media.

A lot of actors and filmmakers have spoken about the insider vs the outsider debate and Sood has also spoken about the same in an interaction with India Today recently. Talking first about Rajput's demise, the Simmba actor said, "The news of Sushant Singh Rajput's demise was just unreal. I couldn't believe it when I heard it, I thought it was fake, then I made a few calls and spoke to people who confirmed it."

He added, "Sushant and I used to work out in the same gym, I have known him since his television days, and I can tell you that he was a very hardworking boy." He then went on to opine on the fate of an outsider in the industry. He stated, "When an outsider comes to the city and makes it big, it makes us very proud and gives every newcomer hope."

He continued, "But when something like this happens, it leaves all of us heartbroken. People who come to the city and this industry from other parts of the country always fear that this place is not safe. Parents also have that sense. So what happened was not right because now those parents will be scared to send their kids here." He revealed how he was not given an entry into any office and how people's approach towards him wasn't any different.

He said, "The pressures are real. There are thousands of people who come to the city looking for work every day, but there are very few who get that big break. An outsider will always remain an outsider. When I came to the city, I already had a degree in mechanical engineering, I thought people's approach towards me would be different. But it wasn't. I never got an entry into office. I realise in those first 6-8 months that this is the journey that's going to be tough. So the only thing I can tell outsiders coming into this industry is that come only if you have nerves of steel and don't expect miracles to happen."

Just like a lot of other filmmakers and actors, Sood also stated how star kids have it comparatively easier. "A star kid, in that aspect, will obviously have easy access. The father will just pick up the phone and speak to the director or the producer of the film and they will get a break. Tomorrow if my kids want to be in this industry, perhaps it will be easy for them."

Next Story : Lootcase: The song, Pavitra Party, seems to be the anthem of the year