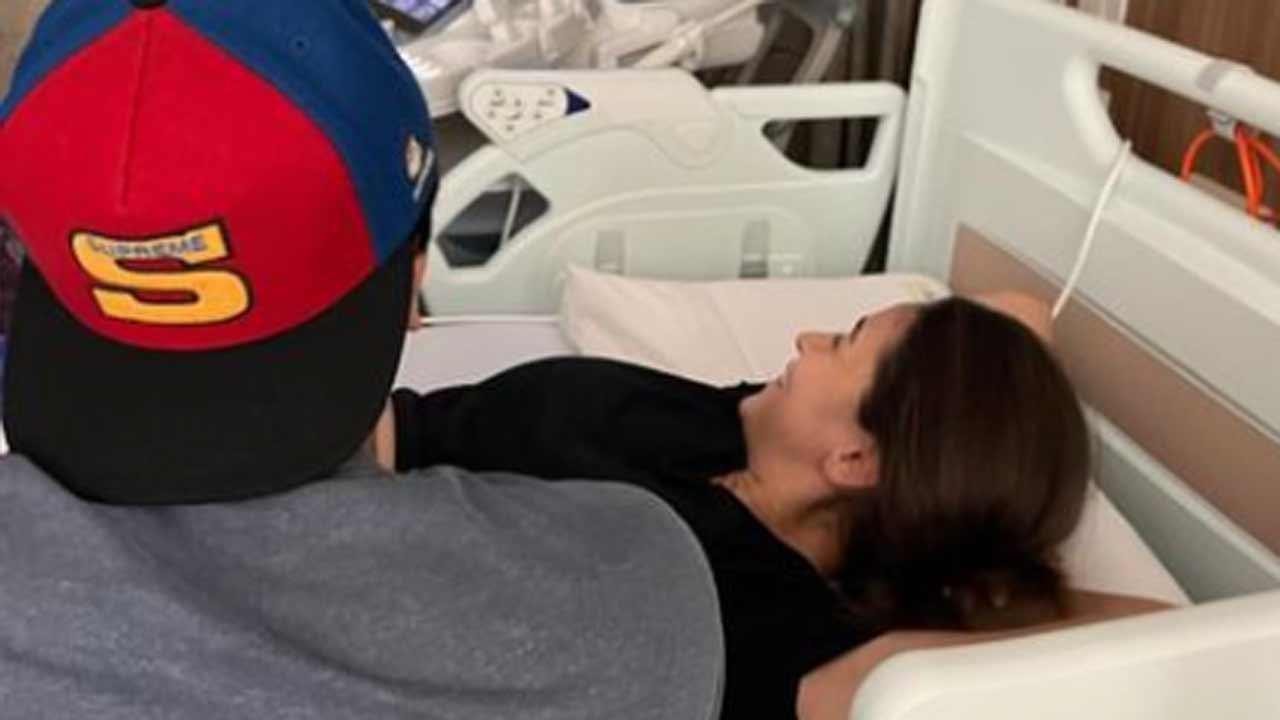 
Alia Bhatt, on Monday, woke up the world with an adorable post. The duo announced that they are expecting their first child with a special post on her Instagram account. In the picture, the 'Brahmastra' actress can be seen in a hospital with Ranbir, wearing a cap. She is seen smiling as she looks at the monitor, during her ultrasound, which is covered with a heart emoticon. Sharing this post, Alia Bhatt captioned, "Our baby ..... Coming soon" followed by a heart and sparks emoji.

Soon after Alia shared the post, fans swamped the comment section with their wishes and reactions. Many big Bollywood celebrities also poured wishes to them.

"Oh my my Congratulationsssss" Actor Rakul Preet Singh commented on the post.

The 'Brahmastra' couple tied their knot on April 14, 2022, after dating for many years at Ranbir's Mumbai residence in an intimate ceremony.

Meanwhile, on the work front, the 'Highway' actor was last seen in Sanjay Leela Bhansali's 'Gangubai Kathiawadi' and will be next seen in Ayan Mukerji's 'Brahmastra Part 1: Shiva' along with Ranbir Kapoor.

The 'Rockstar' actor on the other hand, will be next seen in 'Shamshera' with Vaani Kapoor and Sanjay Dutt. The film is all set to hit the theatres on July 22, 2022.

Next Story : Umang 2022: When Shah Rukh Khan made a grand entry at the event on a bike