Taking to her Instagram handle, the 'Raazi' actor treated fans with a cute video. 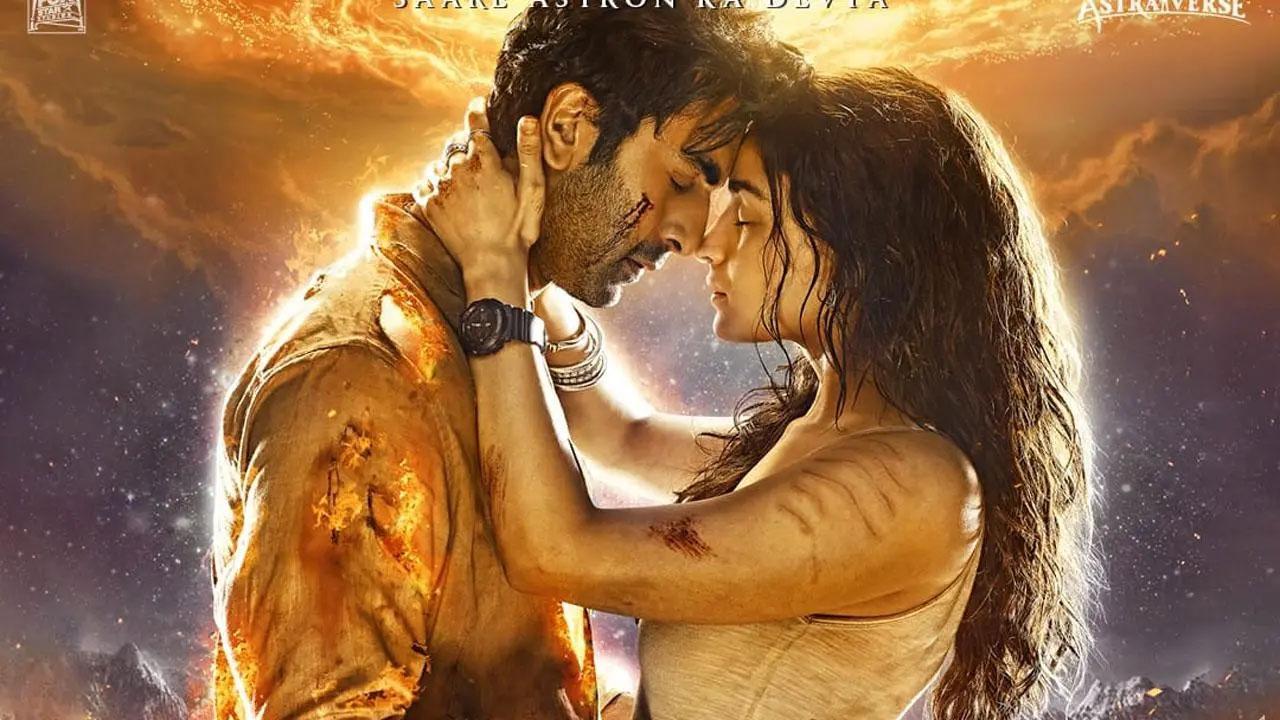 
Alia Bhatt who is presently in Italy for her babymoon recently dropped a cute video of her husband Ranbir Kapoor grooving on the song 'Deva Deva' from their upcoming movie 'Brahmastra'. Taking to her Instagram handle, the 'Raazi' actor treated fans with a cute video. Sharing the video, she wrote, "the light of my life" along with fire emojis.

In the video, Ranbir was seen seated on a wall with a backdrop of mesmerizing view. The 'Sanju' actor was seen wearing an oversized light blue shirt that he teamed up with denim. He completed his uber-cool look with a pair of sunglasses. Ranbir was seen grooving to his much-talked song 'Deva Deva', which is the second song from 'Brahmastra' after their much popular hit track 'Kesariya', which featured Ranbir and Alia's romantic side.

Sung by Arijit Singh and Jonita Gandhi, composed by Pritam Chakraborty, and penned by Amitabh Bhattacharya, the song encapsulates the magical moment in the film where Shiva, played by Ranbir, finds the power within. The powerful lyrics of the song have a unique blend of love and devotion as Shiva, the protagonist discovers his majestic abilities of fire. The song is pivotal to Shiva's character development in the film and does absolute justice to the concept of 'Love, Light and Fire'.

'Brahmastra Part One: Shiva' is an upcoming trilogy film, which is slated to release on September 9, 2022. The film also stars Amitabh Bachchan, Mouni Roy and south actor Naga Chaitanya in prominent roles. Unversed, the parents-to-be are currently soaking in the Italian sun and Sonam Kapoor recently confirmed it. Alia also posted a beautiful, sun-kissed picture of herself without mentioning her whereabouts. Sonam then commented, "I went there for my Babymoon too! It's literally the best! Have fun!"

Meanwhile, Alia announced that she is expecting her first child with Ranbir in June this year. The 'Brahmastra' couple tied their knot on April 14, 2022, after dating for many years at Ranbir's Mumbai residence in an intimate ceremony. Just after two months of their marriage, the couple treated their fans with such a big surprise.On the work front, Alia was last seen in 'Darlings' which received a lot of love and praise from critics and audiences. The film was released last weekend and has been on top of the Netflix charts.

Alia will next be seen sharing the screen with Ayan Mukherji's 'Brahmastra: Part 1 Shiva'. The film is set to hit the theatres on September 9. Apart from Ranbir and Alia, 'Brahmastra Part One: Shiva' also stars Amitabh Bachchan, Mouni Roy, and south actor Nagarjuna in prominent roles. 'Brahmastra' was in limelight from the very day it was announced and it took over four years to get the production work done for this film.

Next Story : Freedom does not come without a price, and neither did ours, says actress Urvashi Rautela on Independence Day