Amitabh captioned: "Some of them ran more than 50 weeks.. Kya din the wo bhi!" 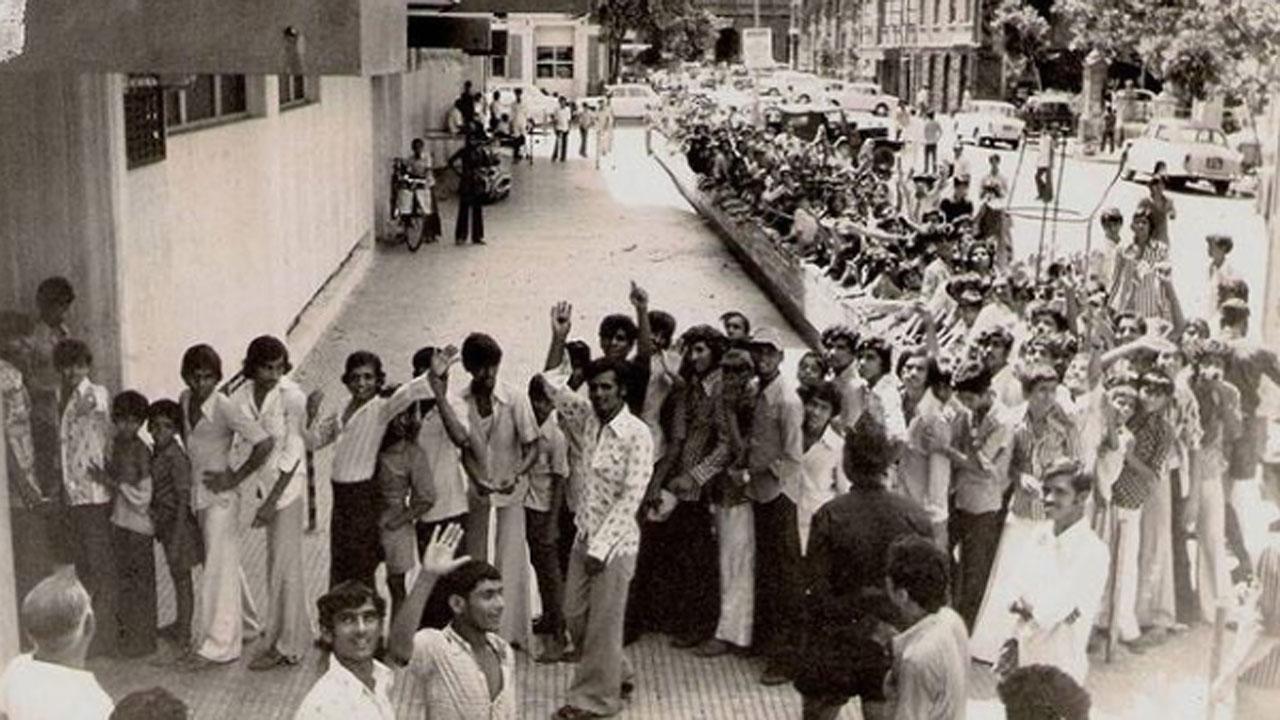 
Megastar Amitabh Bachchan went down memory lane and reminisced the days he had a string of five blockbusters in just one year.

Amitabh took to Instagram, where he shared a picture of a swarm of people lined up outside a cinema hall for making advance booking of his film 'Don', directed by Chandra Barot, which released in 1978.

He wrote: "Advance booking amitabhbachchan Advance booking of my film 'DON'..! And they said.. THEY .. that the queues were a mile long... released in 1978.. 44 years!! AND these also released same year: DON, Kasme Vaade, Trishul, Muqaddar Ka Sikandar, Ganga Ki Saugandh.. 5 Blockbusters in one year!."

Amitabh captioned: "Some of them ran more than 50 weeks.. Kya din the wo bhi!"

On the work front, the cine icon will be seen in films such as 'Brahmastra', 'Uunchai' and the Hindi remake of the Hollywood film 'The Intern'.

The thespian is currently in Hyderabad, where he was shooting for the film 'Project K', starring Prabhas. However, the shooting is reportedly halted due to actress Deepika Padukone's ill health.

Next Story : Ayan Mukerji spills the beans on why he works with Ranbir Kapoor so often