Kashyap, as Aaliyah told the world, had a happy Sunday brunch with Aarti, who, incidentally, is the editor of 'Dobaaraa' and has been associated with her ex-husband since the time he made his first film 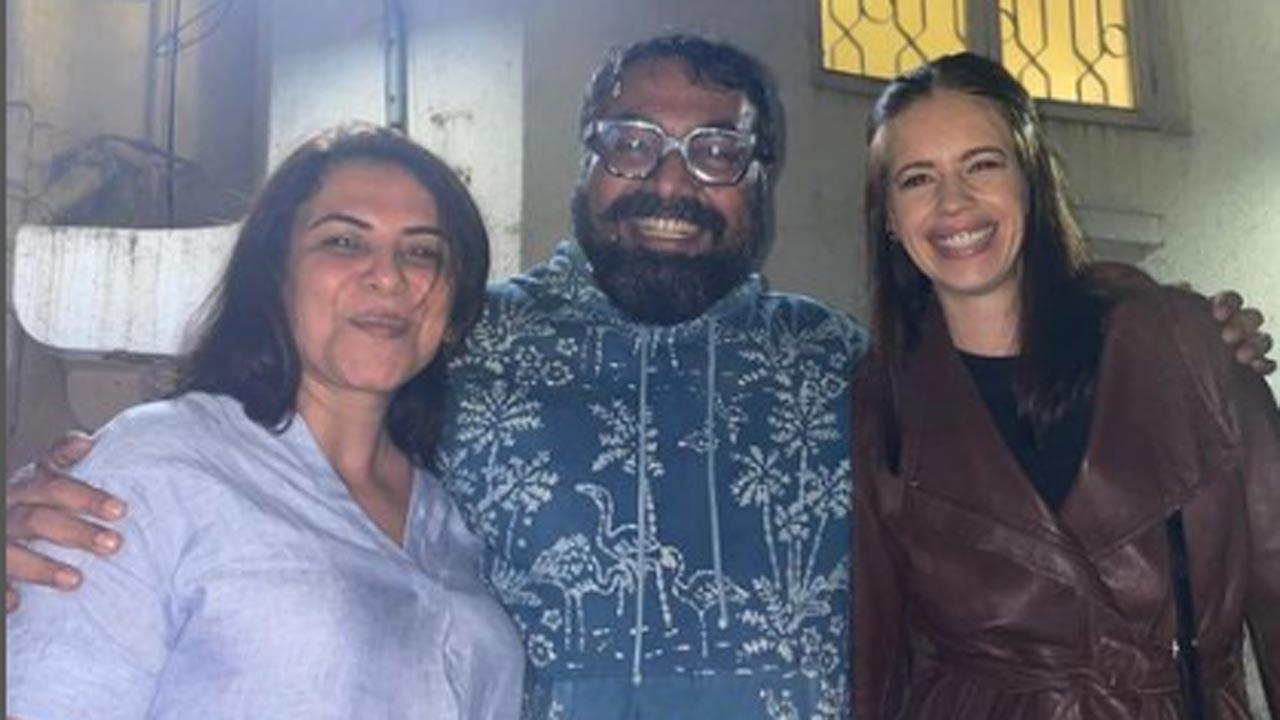 
On a day when the media was invited to a screening of his directorial, the mystery drama 'Dobaaraa', Anurag Kashyap did what Aamir Khan is famous for doing -- let everyone know that he's still good friends with his ex-wives. 'Dobaaraa' is awaiting its big-screen release on August 19. Kashyap posted a happy picture on Instagram of him with his two ex-wives: Aarti Bajaj, the film editor whom he was married to between 2003 and 2009, and Kalki Koechlin, the actress and author who made her Bollywood debut with his 2009 film, 'Dev D'. He called them his "two pillars", to which his daughter Aaliyah responded with one telling word: "Iconic".

Kashyap, as Aaliyah told the world, had a happy Sunday brunch with Aarti, who, incidentally, is the editor of 'Dobaaraa' and has been associated with her ex-husband since the time he made his first film -- the short thriller 'Last Train to Mahakali' for Star Plus -- in 1999. Among the many projects the two have worked on together, 'Sacred Games' is the more notable recent collaboration.

Also Read: Anurag Kashyap: Was boycotted since I came to industry

Kalki most recently worked with Kashyap on the second season of 'Sacred Games'. They married in 2011, separated in 2013 and divorced in 2015. Thereafter, Kalki married her Israeli boyfriend, Guy Hershberg, and in 2020, they had a daughter they named Sappho. She has recounted her experience of being pregnant and then becoming a first-time parent in her delectably funny book, 'The Elephant in the Womb'.

Another of Kashyap's 'Sacred Games' associates, Kubbra Sait, meanwhile, took to Twitter to give a glowing review to 'Dobaaraa', calling it "a mad mad maddddd film". Kubbra wrote: "It's crazy ... and blew me away with a gripping storyline and the performances. A film that kept me on the edge of my seat till the last moment."

Will that be how audiences will respond to 'Dobaaraa' at a time when even Aamir Khan's much-hyped 'Laal Singh Chaddha' did not get crowds even on an extended holiday weekend? And will it end its main star Taapsee Pannu's long dry spell at the box office? That, as they say, time will only tell.

Also Read: Shoma and Prasoon to host screening of 'Dobaara' in Delhi, Kolkata

Next Story : I'll always be your first chape: Sara wishes her 'abba' Saif Ali Khan on his birthday