I'll always be your first chape: Sara wishes her 'abba' Saif Ali Khan on his birthday

Taking to her Instagram handle, the 'Kedarnath' actor treated her fans with old pictures on the occasion of Saif's birthday 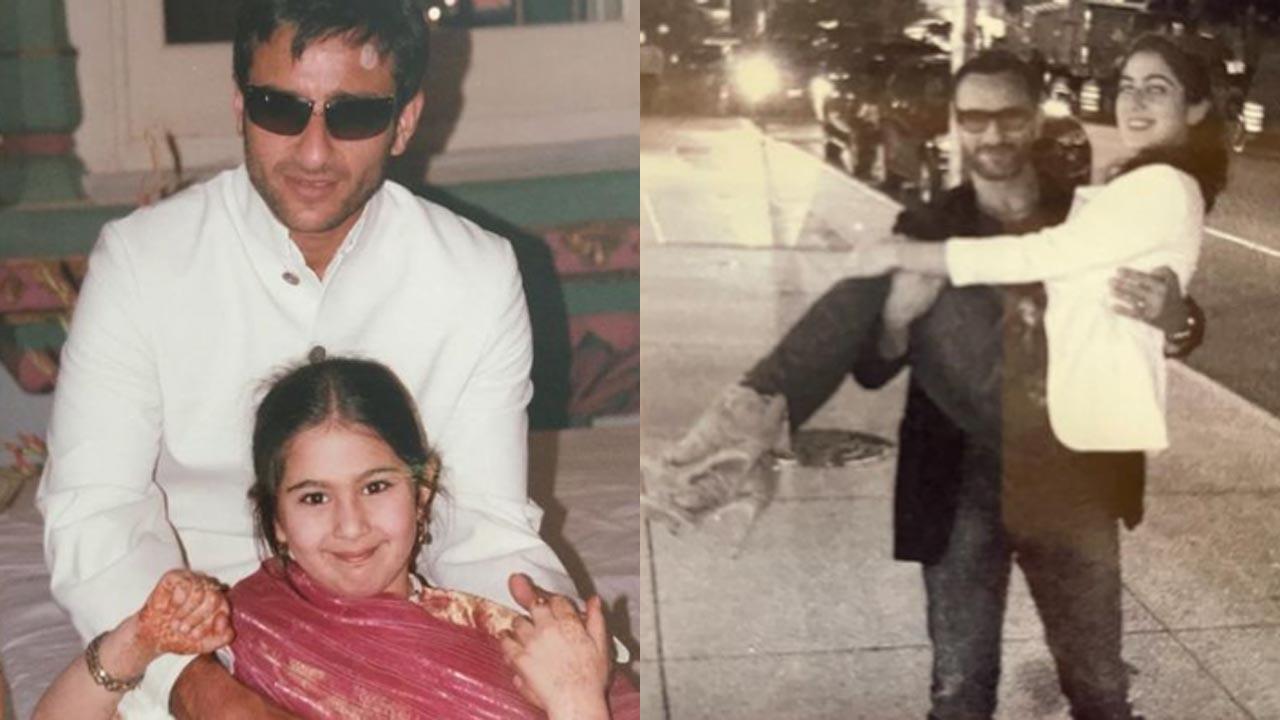 
Sara Ali Khan posted a sweet birthday wish for her dad Saif Ali Khan with a couple of throwback pictures on her social media account. Taking to her Instagram handle, the 'Kedarnath' actor treated her fans with old pictures on the occasion of Saif's birthday. In the first picture, little Sara was seen with a pacifier and cutely looking at the camera while wrapped in the arms of her dad.

In the second image, Sara was seen dressed in a pink lehenga that she paired with matching bangles. On the other hand, young Saif was seen wearing a white sherwani along with black shades. The pictures seem to be from some wedding function. In the last monochrome picture, the 'Phantom' actor was seen carrying her daughter in his arms. Sara captioned the post, "Happiest Birthday Abba Jaan. I'll always be your first chape." Further extending birthday wishes to Saif, his sister Saba Pataudi posted pictures along with a caption.

She wrote, "To the Madness..and the moments, May you have a wonderful day and fantastic year. Happy Birthday Bhai. Lots of love. Today n Forever." In the pictures, Saba and Saif could be seen having a fun time together while posing for a picture. Saif's sister-in-law Karisma Kapoor also wished the 'Omkara' actor. She shared an old picture with Saif and gave a caption, "Happy birthday Saifu!" with cake and heart emojis.

Unversed, Bollywood royalty, Saif Ali Khan, who is the son of actress Sharmila Tagore and cricketer Mansoor Ali Khan Pataudi. He has been in the Hindi film industry for almost 3 decades and over the span of his career, the actor has proved that he can ace all genres of roles. Right from comedy, romance and action to even turning into a villain on the silver screen, he has done it all. He made his debut in the film industry with Yash Chopra's directorial 'Parampara' alongside Raveena Tandon and Aamir Khan.

Meanwhile, on the work front, Saif will be seen sharing screen space with Hrithik Roshan in 'Vikram Vedha', which is the Hindi remake of the 2017 Tamil hit of the same name. The story is inspired by the popular Indian folk tale of Vikram-Betaal with the characters borrowing their names from them as well. It is scheduled to hit the theatres on September 30.He is also a part of 'Adipurush', which will release on January 12, 2023. Kriti Sanon and Prabhas will also be seen with Saif in the film.

Also Read: Kareena Kapoor Khan: Saif said, you better be on your toes