Ayushmann Khurrana's ode to the original action hero of Bollywood

Ayushmann attempted to recreate an Ajay Devgn moment where he is seen standing on top of two cars. 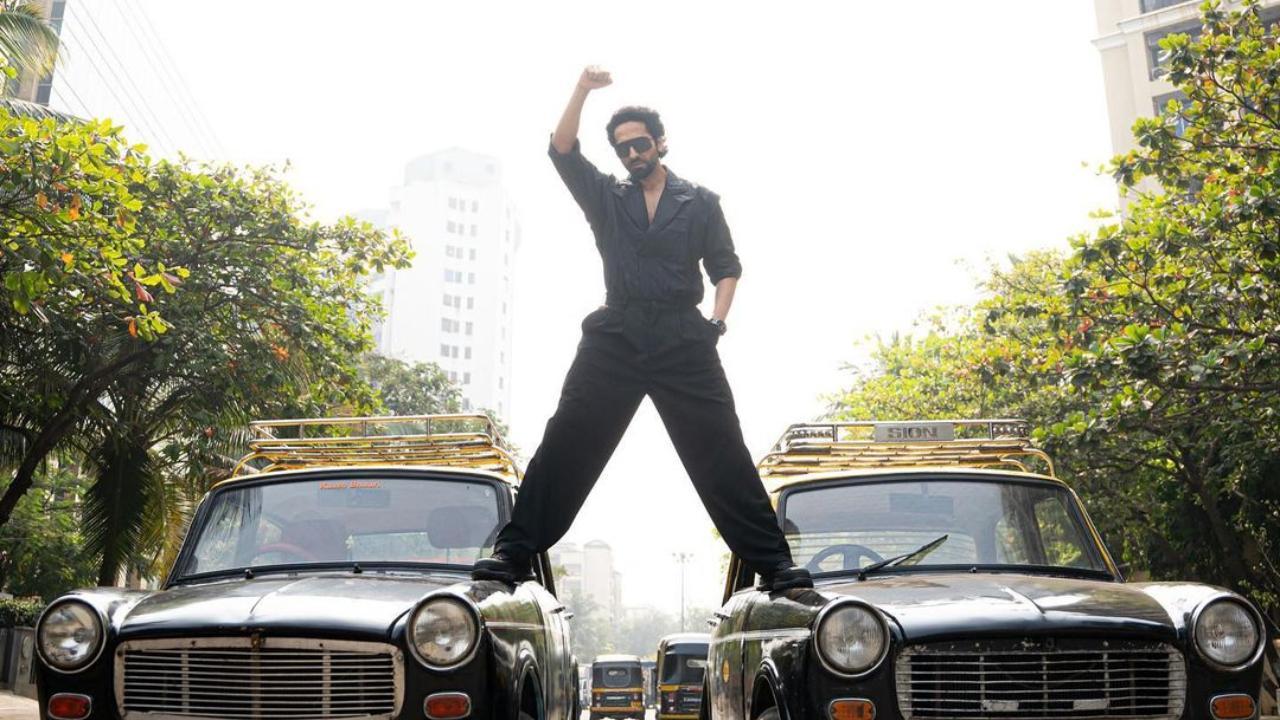 
Actor Ayushmann Khurrana, who awaits the release of his upcoming film 'An Action Hero', has paid a tribute to Ajay Devgn in a very special style. Ayushmann attempted to recreate an Ajay Devgn moment where he is seen standing on top of two cars. He shared the picture on Instagram, wowing his fans as he does the stunt. He captioned the picture: "OG Action Hero ko naye Action Hero ka salaam. _Kaafi phool aur kaanton se guzarna padta hai doston."

Talking about it, a source shared: "When the idea of recreating the iconic scene was suggested, Ayushmann immediately agreed and was really excited about it. He asked the team to make the necessary arrangements and the shot was taken the very same day." Ayushmann has been going all out to promote the film. The rollercoaster thriller is set to release on December 2.