Cast matters! Vicky Kaushal preps up for 'The Immortal Ashwatthama' with Aditya Dhar

He shared his picture in a plaster cast during a look test and wrote, “When the director’s [Aditya Dhar] really serious about ‘casting’ you.” 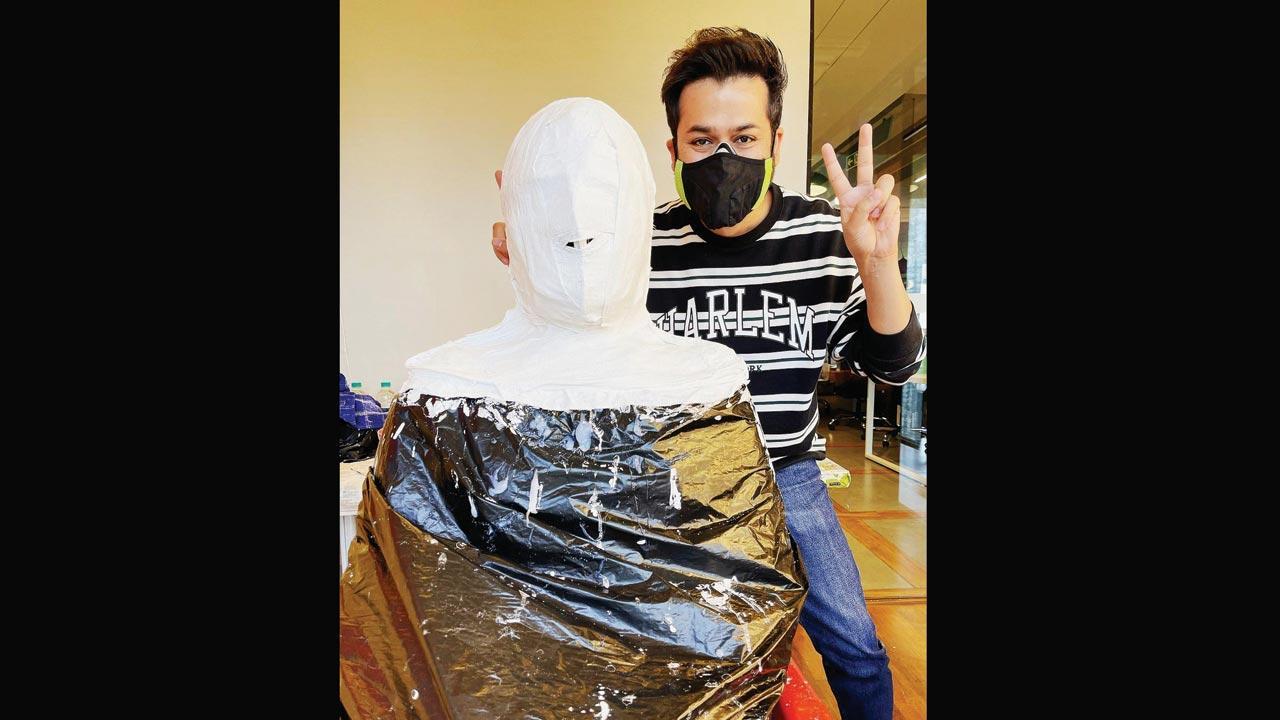 
Vicky Kaushal has been prepping for The Immortal Ashwatthama. He shared his picture in a plaster cast during a look test and wrote, “When the director’s [Aditya Dhar] really serious about ‘casting’ you.” The actor has also been learning archery for the film based on the character in the Mahabharat.

For the uninitiated, the filmmaker invested the past two years in preparing for 'The Immortal Ashwatthama.' Due to the lockdown, the team worked remotely, and now Dhar is considering changing the locations as the lockdown in the UK continues. If the reports are to be belived, the filmmaker and producer Ronnie Screwvala had been contemplating on the casting for months since the role is integral to the narrative. Now, one hears that the makers have zeroed in on Sara Ali Khan for the role.

In an interview with mid-day earlier, Aditya Dhar was quoted saying, "As a character, Ashwatthama was flawed. He was arrogant, egoistic and temperamental. That made him more human than every other character [in the epic]. We don't want to compromise on the scale. We want to make a superhero film and hopefully, achieve what Marvel is doing globally."

Vicky will be seen in Meghna Gulzar's upcoming biopic on Sam Manekshaw titled "Sam Bahadur". He also has the biopic of Udham Singh, titled "Sardar Udham Singh" directed by Shoojit Sircar. The actor will also be seen in the comedy drama "Mr Lele".

Also Read: Sara to be cast opposite Vicky in The Immortal Ashwatthama?

Next Story : Vidya Balan, Shobha and Ekta Kapoor to be part of Academy’s class of 2021