Caught Off-Guard: When Karan Johar and Sara Ali Khan were denied entry at a restaurant in London

The actress wrote on her Instagram story- "When Karan Johar and I were left reservation-less and hungry so had some KFC." 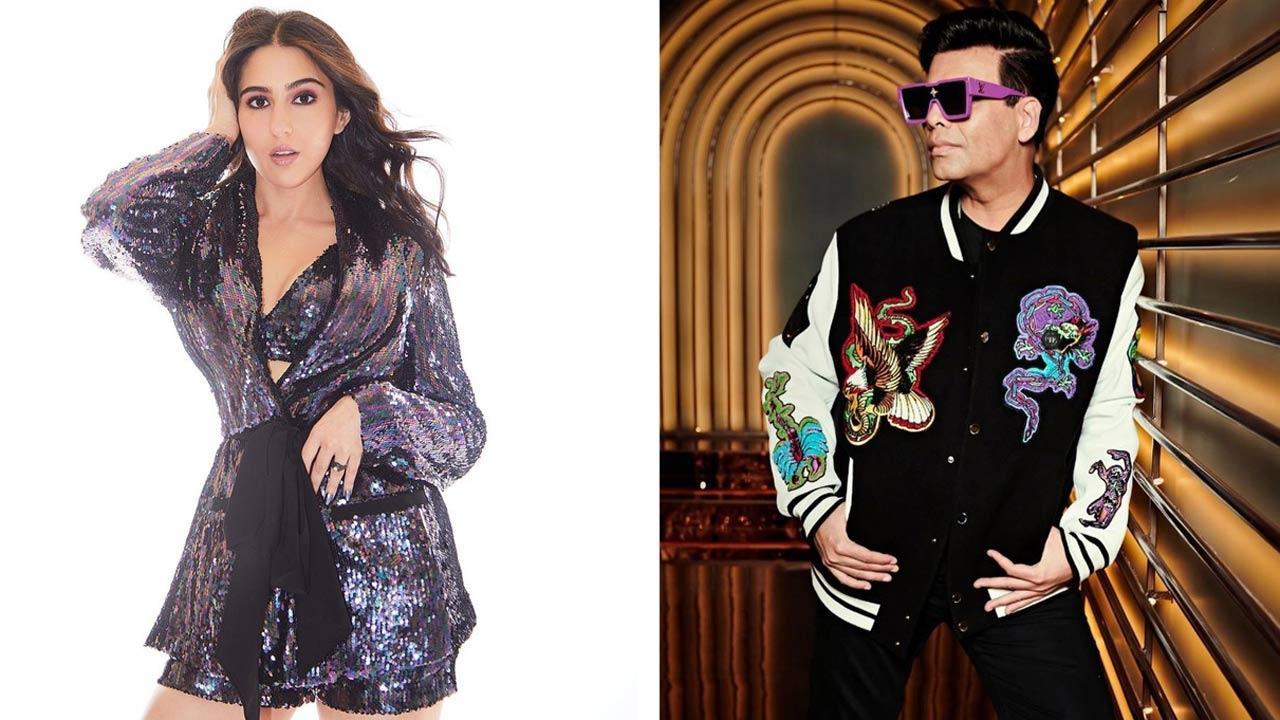 
Sara Ali Khan is currently holidaying in London and giving her fans vacation goals. She recently shared some fun pictures and also spoke about holidays and workouts. The actress wrote- "You don’t take a holiday from work out, you holiday TO work out."

Little did she expect she and filmmaker Karan Johar would be denied entry at a restaurant, despite taking the name of Alia Bhatt who apparently made the reservation for four people, two of them being the filmmaker and the 'Simmba' actress. The actress wrote on her Instagram story- "When Karan Johar and I were left reservation-less and hungry so had some KFC."

Talking about Sara, she has a couple of movies in her kitty. Sara will be seen sharing screen space with Vikrant Massey in 'Gaslight'. The film is being directed by Pawan Kriplani who earlier helmed 'Bhoot Police' and is bankrolled by Ramesh Taurani. She has also recently finished shooting for an untitled project alongside Vicky Kaushal.

Karan Johar has left everyone rolling on the floor with laughter by sharing a new video, a promo of his upcoming show, 'Koffee With Karan Season 7'. The director shared his struggles of bringing in Bollywood stars to his chat show, before settling on the 'screw it, I'm still going to brew it' conclusion.

The 55-second long video shows Karan in his quirky avatar, being positive that 'everybody wants Koffee With Karan to come back'. Check out the promo right away!

'Koffee With Karan Season 7' premieres exclusively on Disney+ Hotstar from July 7. This would be the first time, that the chat show would not be telecasted on television but would stream on an OTT platform. First aired on Star World in 2004, Koffee With Karan' is known to bring in several Bollywood celebs who spill the beans on numerous topics from their careers to relationships, and personal enmities.

Next Story : Alia Bhatt mighty impressed with the 'Fan Art' of her upcoming film 'Brahmastra'