Have you heard? Ajay Devgn and Rohit Shetty's 'Singham 3' to go on floors in April 2023 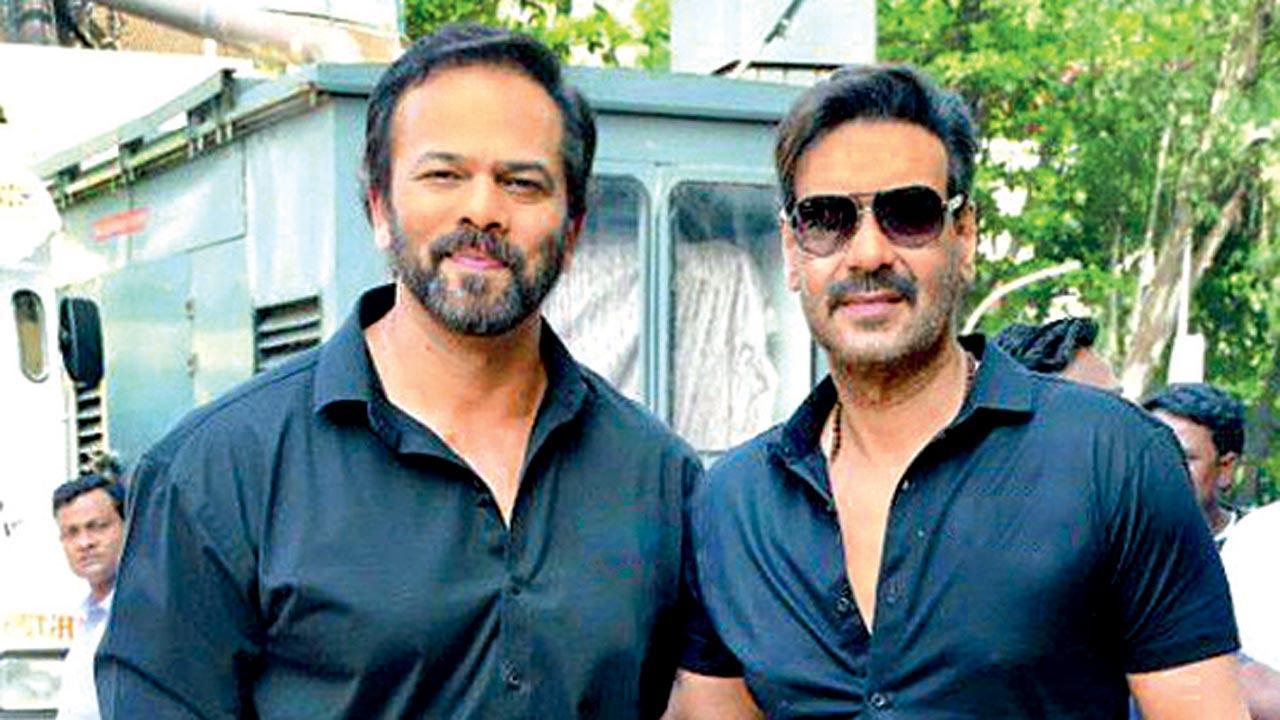 
Over eight years since 'Singham Returns', Rohit Shetty and Ajay Devgn are set to reunite for the next supercop outing. In the interim, the duo collaborated for 'Simmba' and 'Sooryavanshi', in which the actor had a cameo. It is now learnt that the third instalment of the supercop film will roll in April 2023. By then, Ajay will wrap up his other commitments. And Rohit will be done with the release of 'Cirkus', which he is currently completing with Ranveer Singh, Pooja Hegde, Jacqueline Fernandez, and Varun Sharma. The director’s take on 'Angoor' (1982), also the legendary Gulzar’s take on Shakespeare’s The Comedy Of Errors, is slated to release this Christmas. As shown in the climax of 'Sooryavanshi' (2021), Bajirao Singham might go to PoK for Jackie Shroff’s Omar Hafeez in his next mission. Prep for 'Singham 3' is slated to begin early next year. However, it remains to be seen whether Akshay Kumar’s Veer Sooryavanshi and Ranveer’s Sangram Bhalero aka Simmba also join Ajay’s Bajirao Singham in the final fight against the baddies. 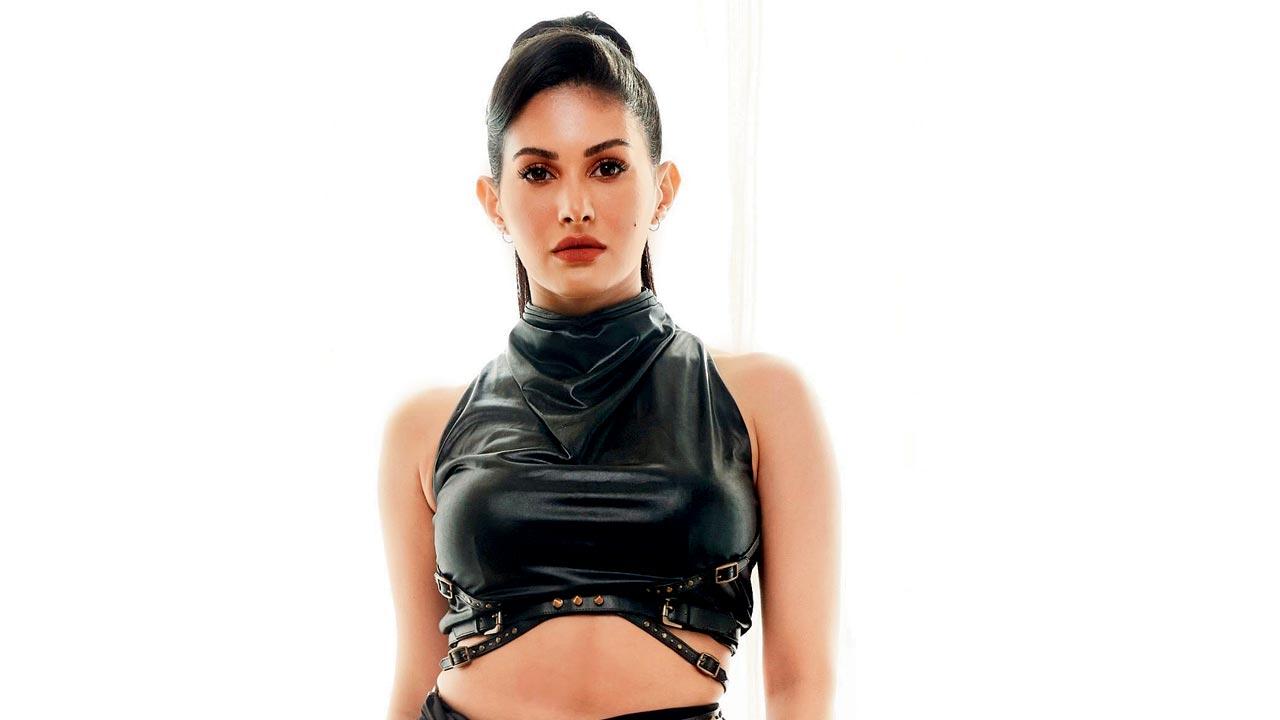 Having acted in Hindi, Tamil, and Telugu movies, Amyra Dastur is venturing into Punjabi cinema. She marks her Punjabi debut opposite Jassie Gill in director Amar Hundal’s Furteela, a coming-of-age story that revolves around today’s youth and the problems they face. “We’ve had this whole regional thing going on for so long. But now, people are open to making a wide variety of films,” says Amyra, who has impressed the team with her quick grasp of dialogues and diction.

Also Read: Have you heard? Birthday getaway for Kiara Advani

Getting ready for the chills 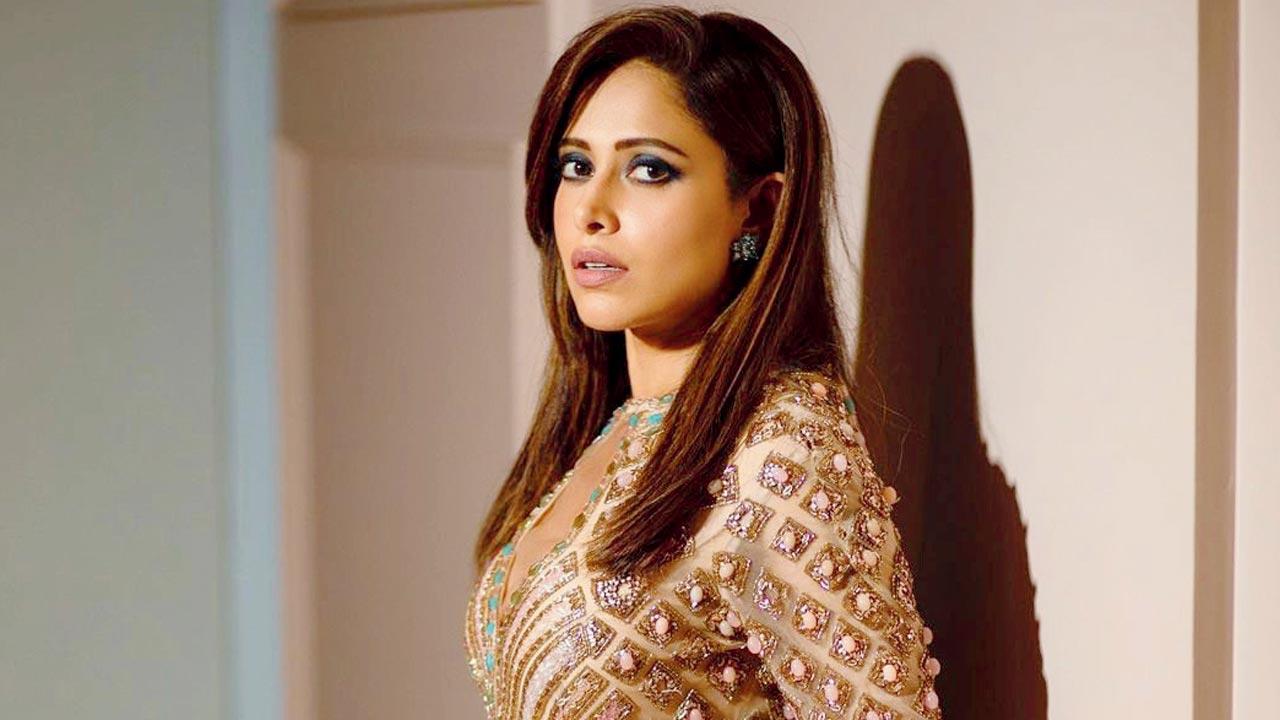 Nushrratt Bharuccha seems to have taken to the horror genre. The Pyaar Ka Punchnama franchise actor is slated to begin her second horror thriller, Chhorii 2 this November. While 'Chhorii' (2021) was a remake of director Vishal Furia’s Marathi film, 'Lapachhapi' (2016), the sequel is a new story that takes off from where the first part ended. Incidentally, Nushrratt announced the second instalment last December. Vishal is working on the script that will not only see the original characters, but also new entries. The casting for the new characters will begin soon. The makers are looking to upscale the sequel, for which they have roped in Crypt Studios from Hollywood to design the look, prosthetics and other effects. 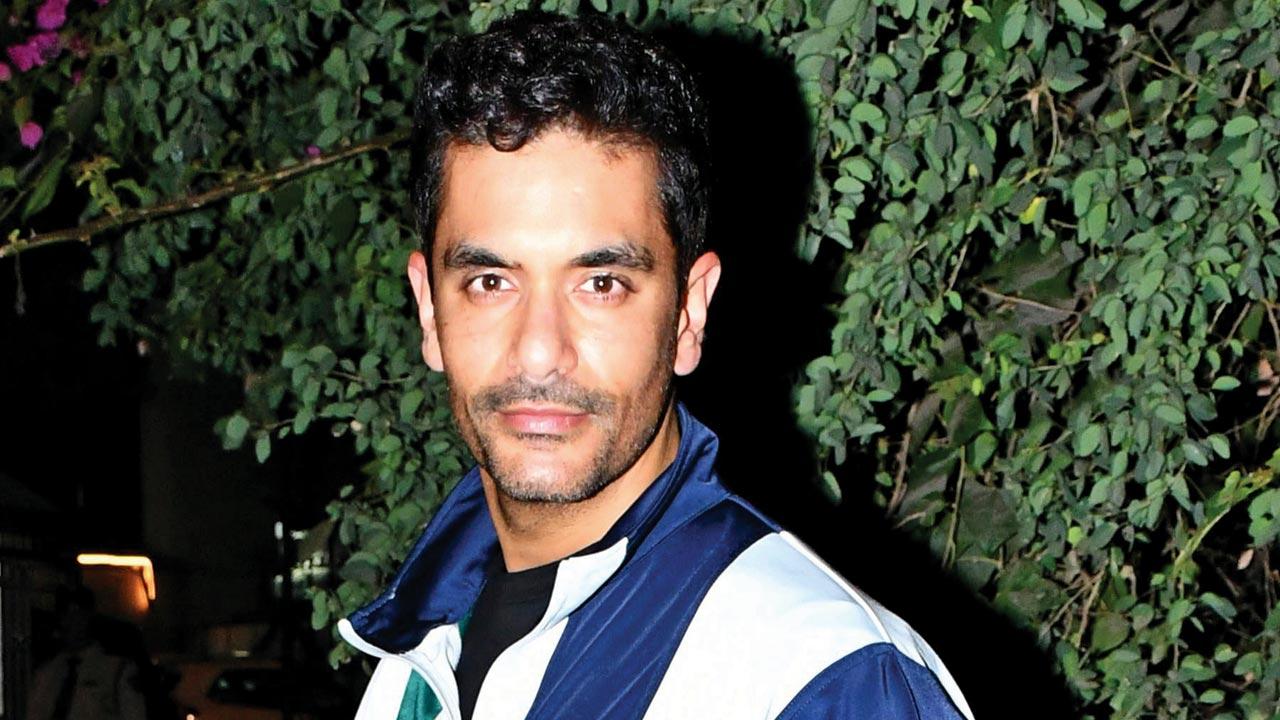 Angad Bedi is said to be teaming up with filmmaker R Balki again. Sources say the two got along well during the making of 'Ghoomer', which stars Abhishek Bachchan, Saiyami Kher, and Shabana Azmi. This time, the actor has been cast opposite Mrunal Thakur in the director’s segment in 'Lust Stories 2'. “After Balki locked the script, he felt Angad is perfect for the part and approached him. The actor was only too happy to team up with the director so soon after they completed Ghoomer earlier this year,” says our source. The team is slated to begin filming on August 7 and wrap up in a week. 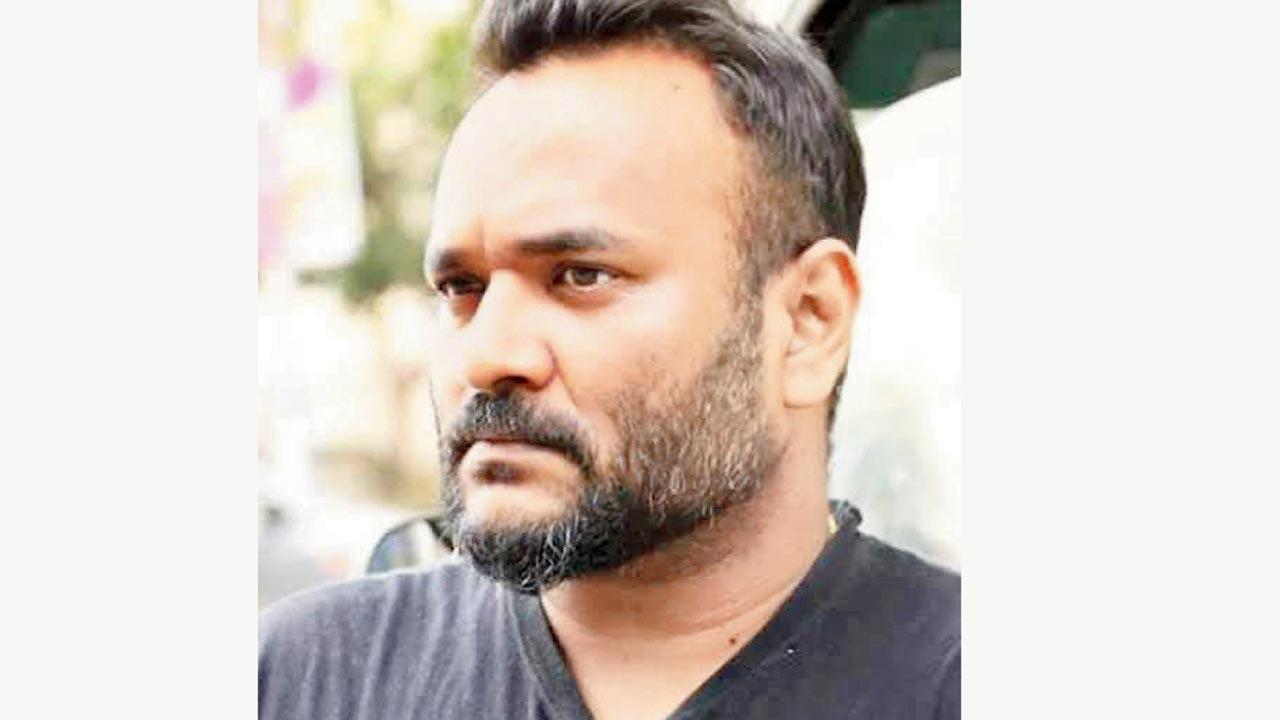 As his web series 'Crash Course' premieres on OTT this week, Vijay Maurya asserts that he didn’t have to control the actor within him while directing others. “When I brief my actors, I eventually play all of their characters. Being a director is more fun as you get to play all the characters,” he says. Excited about directing Annu Kapoor, Vijay says, “I have been watching him since I was a kid. He is no doubt the greatest actor of all time. If may I add, he has the hunger for doing good roles and films, which even I have as an actor.” 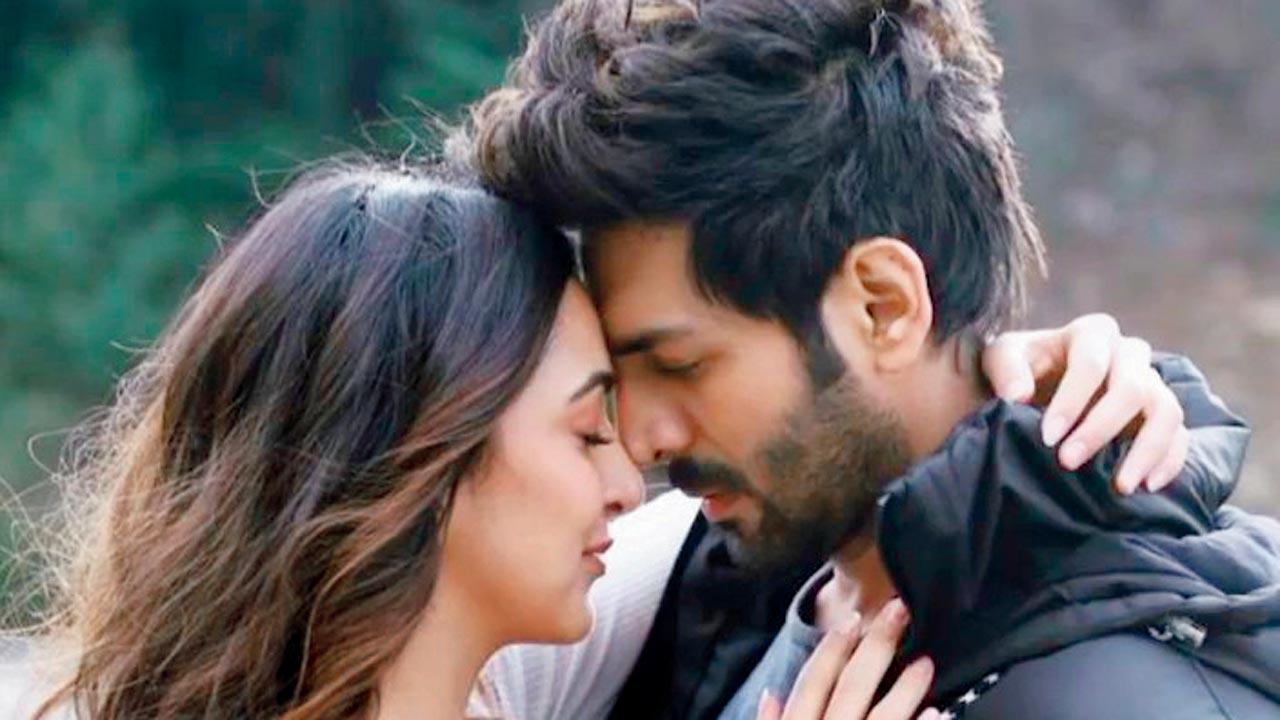 After much thought, the makers of Kartik Aaryan and Kiara Advani’s next have finally decided on a new title. Sameer Vidwans’s directorial venture was initially titled 'Satya Narayan Ki Katha', but social media backlash got them rethinking. On Kiara’s birthday (July 31), Kartik announced the new name for Sajid Nadiadwala’s production venture. Sharing a clip with his leading lady, the actor wrote, “Happy Birthday Katha! Tumhaara SatyaPrem.” She replied saying, “See you on set, Sathuu.” Predictably, the director couldn’t resist commenting, “Mere Satyaprem aur Katha,” spelling out the names of his lead characters for those who still couldn’t get it. 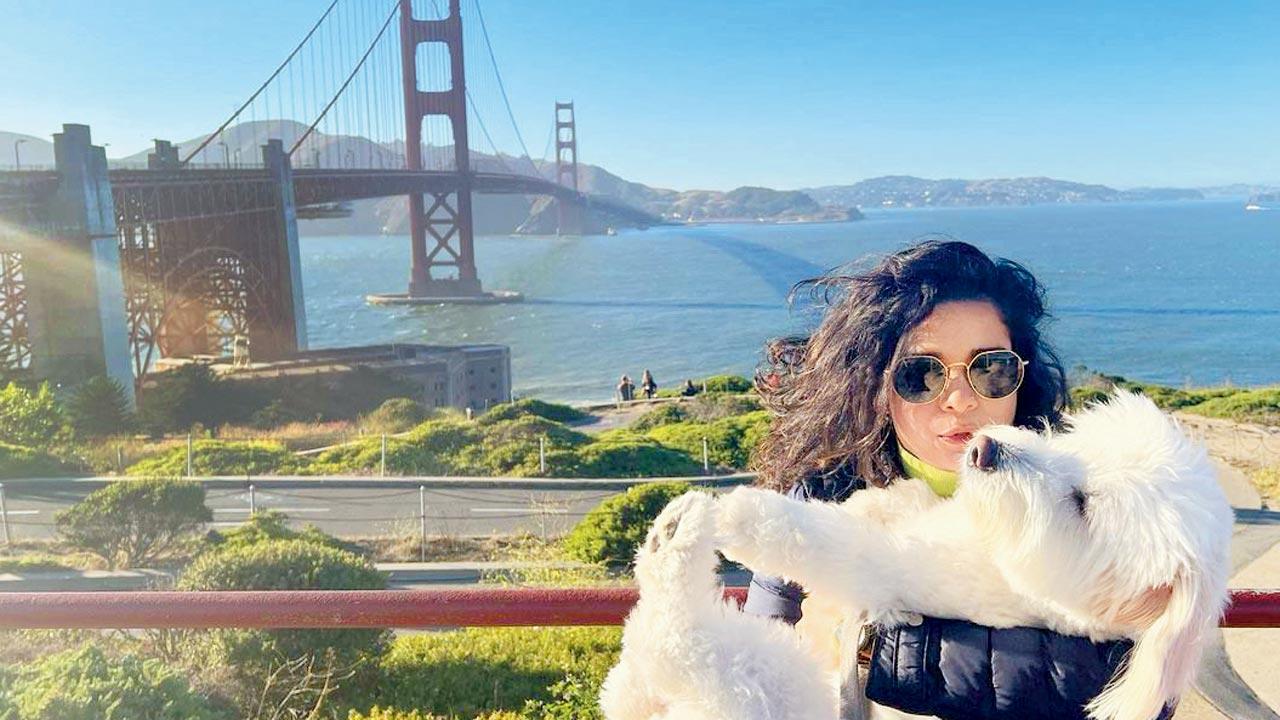 Mithila Palkar recently travelled to San Francisco for a holiday with sister Radhika. The biggest highlight for her was receiving abundant puppy love from their pet dog, Walter. “He was sitting in my lap from the airport till we reached home. That kind of love from a dog is just something else — truly unconditional,” she says about the Dachshund and Maltese mix-breed-pet who welcomed her along with her sister. Recalling his introduction into the family, she adds, “When he was first brought home as a puppy, I was staying with my sister in LA. So technically, I’m his first friend beyond his parents.” Mithila is a strong advocate for animal welfare and urges people to do their bit for homeless and abused dogs around the world.