Have you heard? Dancing with divas

For his upcoming film, 'An Action Hero', Ayushmann Khurrana matches moves with Malaika Arora and Nora Fatehi, known as the dance divas of B-Town today 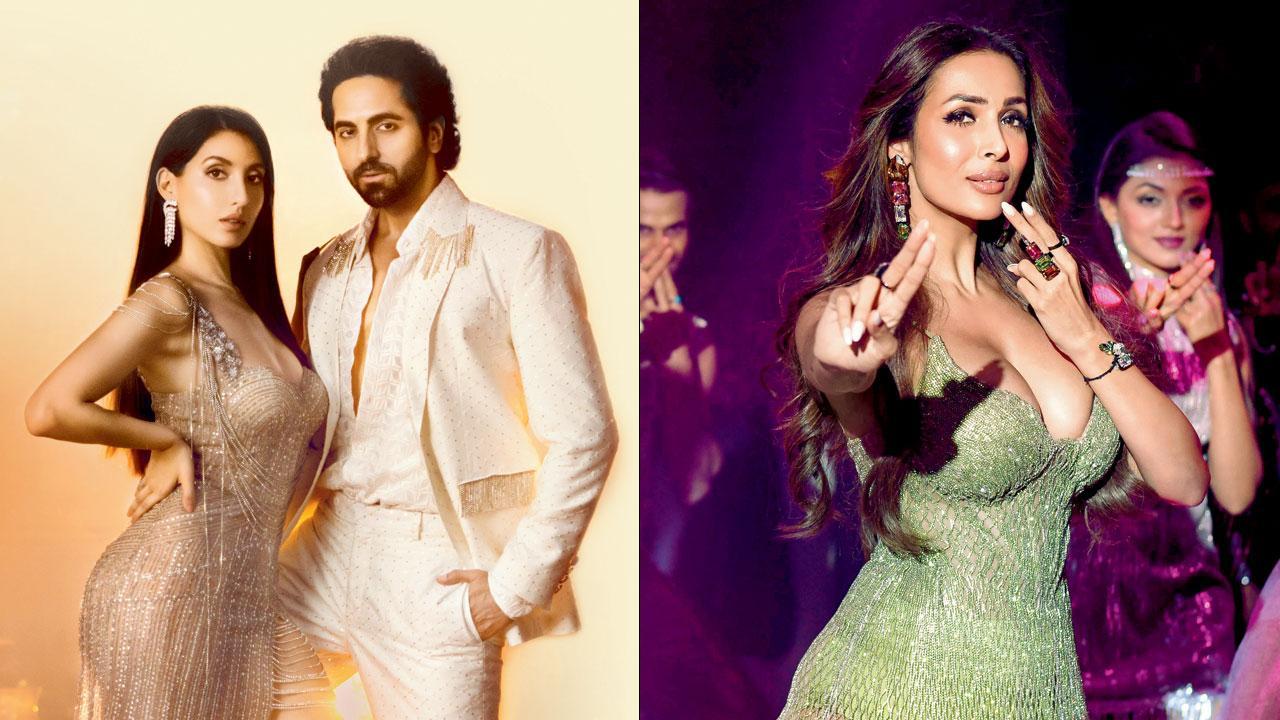 
Ayushmann Khurrana is known to explore something new with every film he takes up. His upcoming offering, An Action Hero, is no different, as it sees him perform some heroic stuntbaazi. What’s more, he also matches moves with Malaika Arora and Nora Fatehi, known as the dance divas of B-Town today. Not surprising then, that Ayushmann danced his heart out as he shook a leg with Malla in the situational song, Aap jaisa koi, and with Nora in the peppy number Jehda nasha. The actor, who plays a superstar in this Aanand L Rai production helmed by Anirudh Iyer, says, “An Action Hero has been a fun ride for me as I not only got to do some hardcore action, but also got to dance with these sensational dancers who have got everyone hooked with their incredible talent.” Calling it a pleasure to keep steps with the gorgeous actors, Ayushmann added, “Both Malaika and Nora are stunningly gorgeous performers, and also beautiful human beings. I had the best time working with them for these dance numbers, which I hope will be loved by the audiences.” Calling it an experience that will be forever memorable for him, the actor sums it up, saying, “Dancing like this in my films was part of my bucket list for sure and I’m amazed that it got fulfilled with Malaika and Nora.” 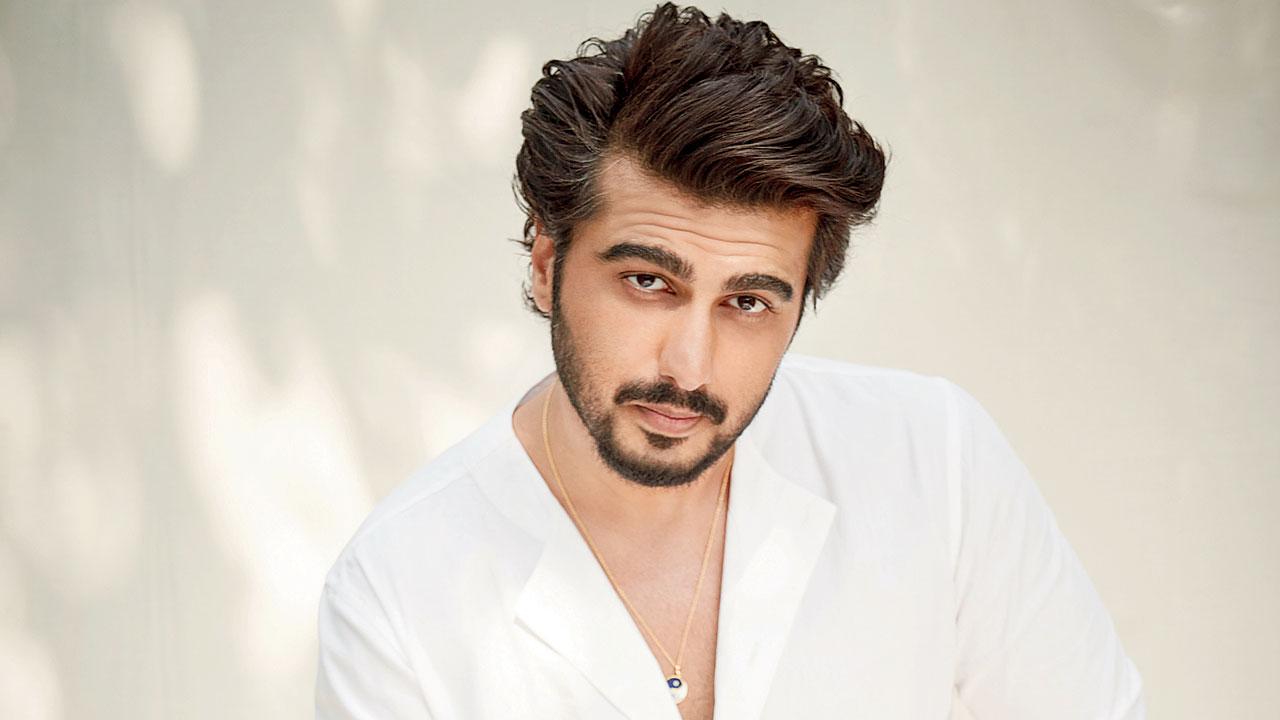 Arjun Kapoor is pleased to shoot the second schedule of Mere Husband Ki Biwi in the national capital. The actor shares, “Delhi has always been special and a huge lucky charm for me. I shot 2 States, Ki & KA, and Sandeep Aur Pinky Faraar in this city, and they not only became some of my most special films, but also gave me tremendous recognition, which I’m grateful for.” Arjun won’t be savouring Delhi delicacies as he is working towards achieving a certain body type soon, “But, I have convinced by trainer to allow me a day of cheat meals during this schedule,” he winks. The actor is also looking forward to spend some quality time with his aunt and cousins who stay in the capital. He says, “I’m waiting for the day when I can have my bua’s ghar ka khaana and the local chaat. I’m looking forward to relive my childhood summer holidays, and spend time with my family here.” 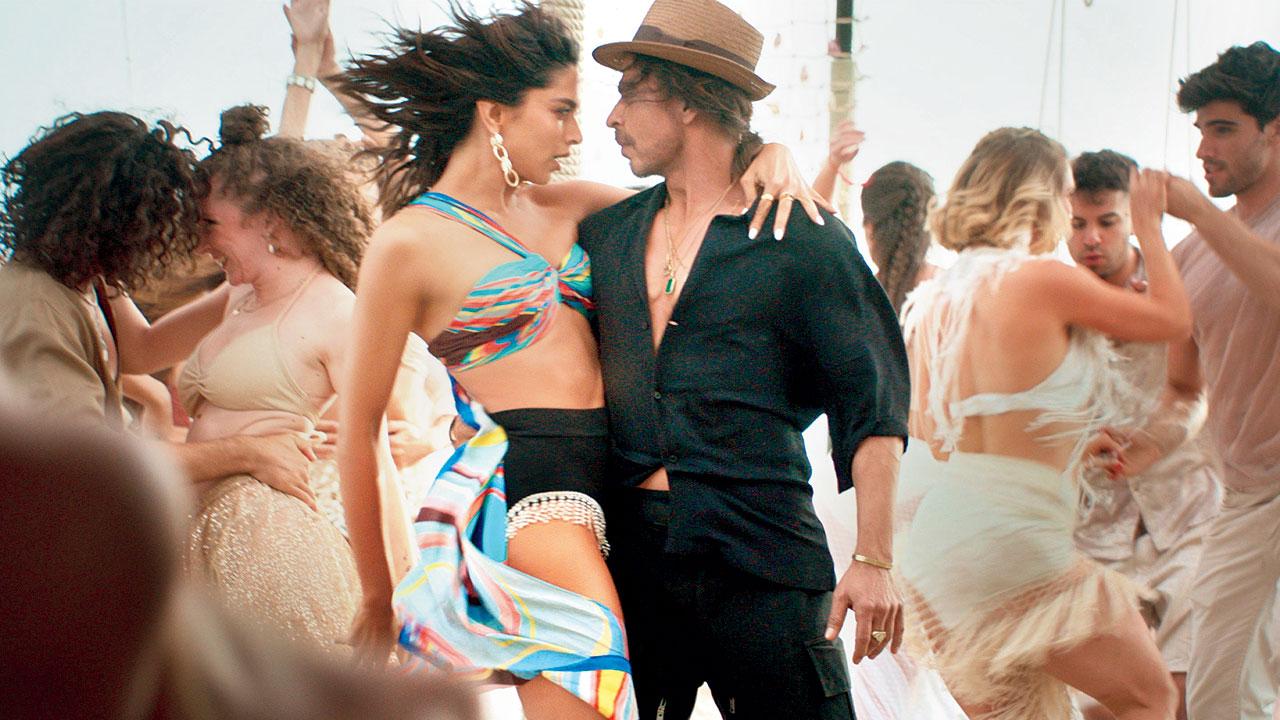 Since Pathaan is Shah Rukh Khan’s first release after over four years, producer Aditya Chopra and director Siddharth Anand are sparing no effort in making sure it is a grand action extravaganza. Before unveiling the trailer of the film co-starring Deepika Padukone and John Abraham, the makers will release two songs in December. Siddharth says, “Since it is a holiday season for people across the world, we will release two spectacular numbers before the theatrical trailer. This is a part of our strategy to hold back the plot of our action thriller till the release.”

A heist thriller for Kiara next 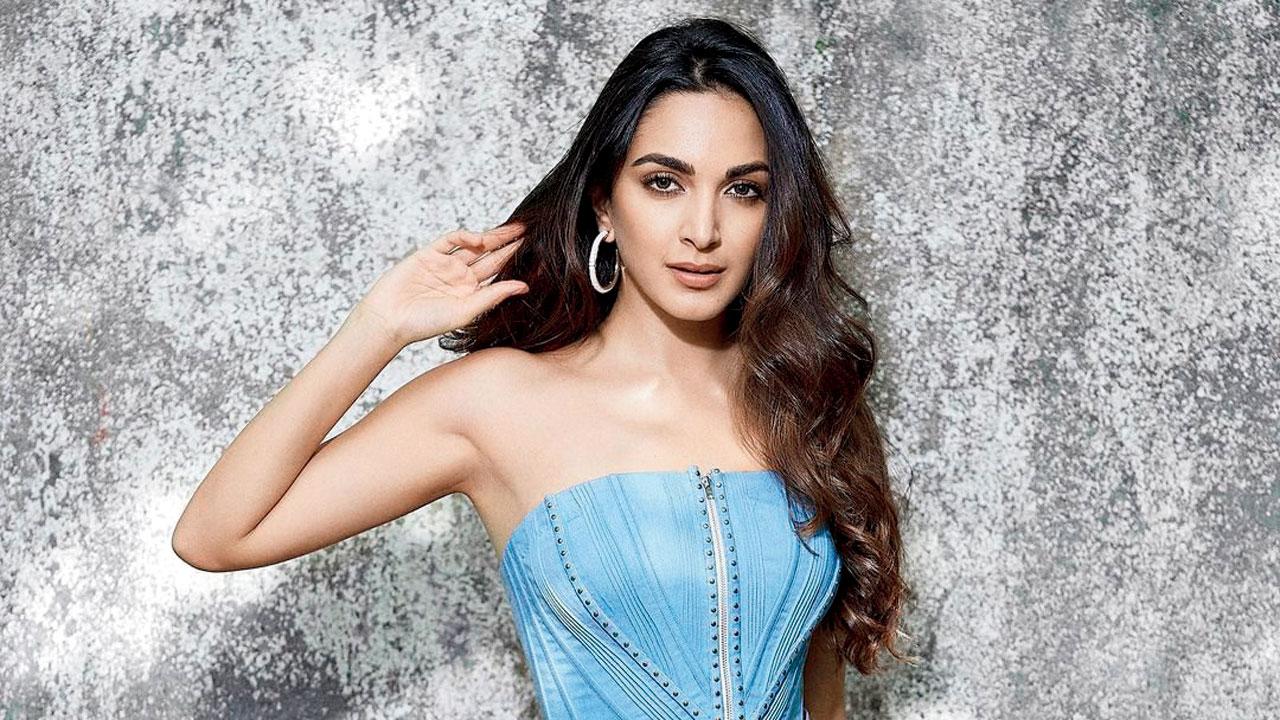 Kiara Advani will reportedly lead Kartik Calling Kartik director Vijay Lalwani’s next.  Tentatively titled Lamb, the heist thriller is slated to go on floors in February 2023. By then, Kiara will wrap up the songs of Satyaprem Ki Katha with Kartik Aaryan, and director S Shankar’s RC15 with Ram Charan. Meanwhie, Vijay is currently in the midst of readying his upcoming offering, Empire. The edge-of-the-seat thriller movie, revolving around a father-daughter relationship, stars Taapsee Pannu, Arvind Swami, Kumud Mishra, and Govind Namdev in the lead. 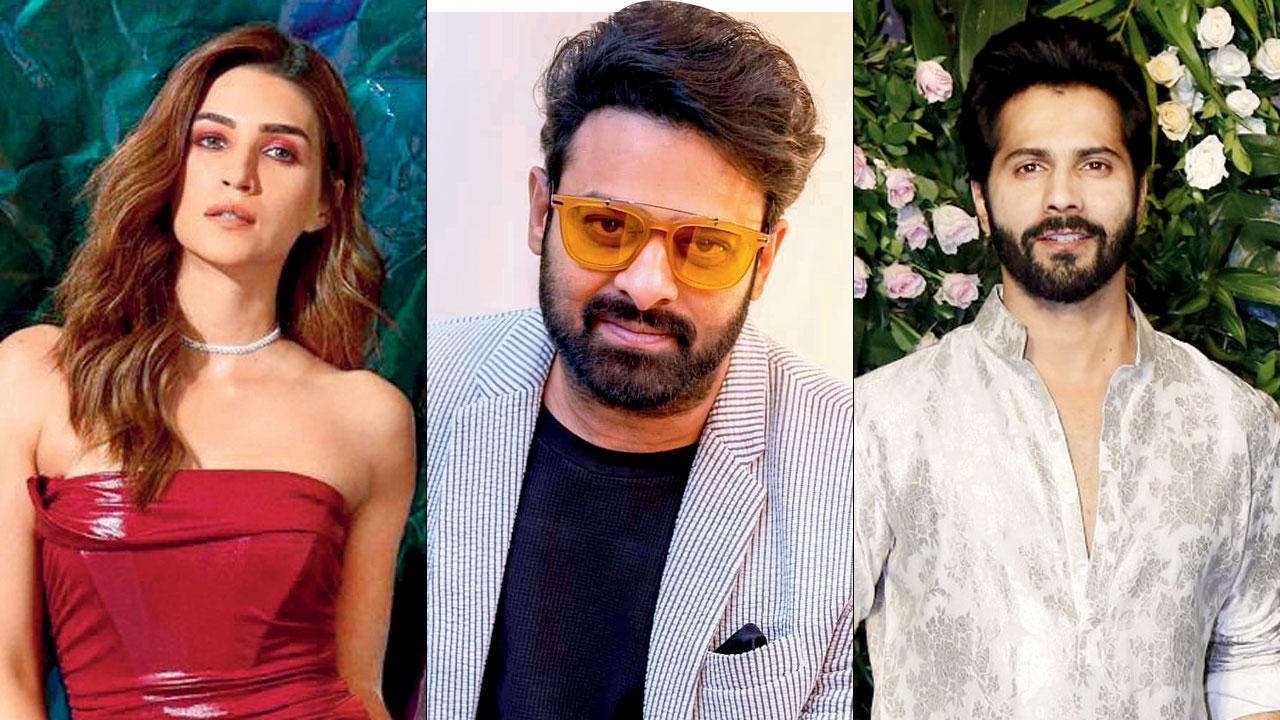 Uh oh, it looks like Varun Dhawan has spilled the beans on Kriti Sanon and Prabhas’s relationship. During the promotion of Bhediya on Jhalak Dikhhla Jaa, Karan Johar, one of the judges of the dance reality show, asked him to name some of B-Town’s single eligible girls. When he skipped his Bhediya heroine’s name, KJo wondered why. That’s when Varun revealed that Kriti’s name is written on the heart of the man who is presently not in Mumbai, and shooting with Deepika Padukone. For the uninitiated, Prabhas is currently filming director Nag Ashwin’s futuristic thriller, Project K, with Deepika. On her part, Kriti couldn’t say a word and only blushed in response. 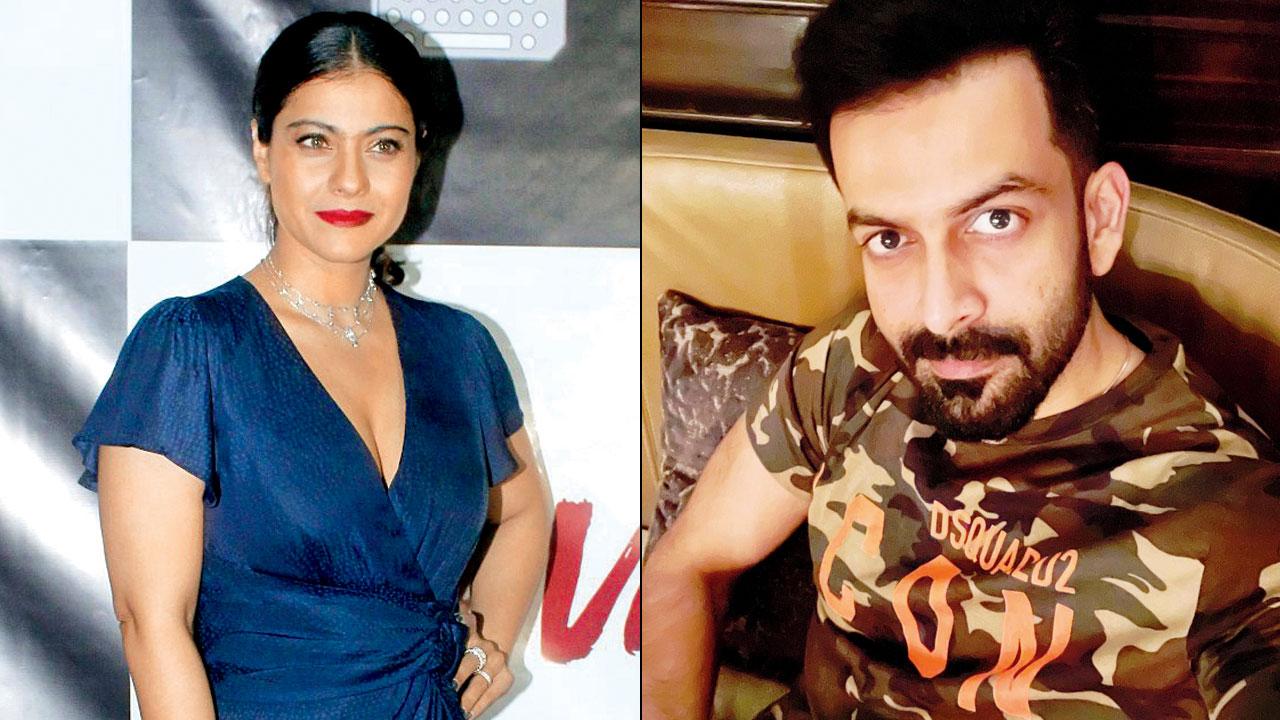 About 10 years ago, Prithviraj Sukumaran made his Hindi debut opposite Rani Mukerji in Aiyyaa. The south actor has been signed on alongside her cousin Kajol for Karan Johar’s next production venture, which also marks Ibrahim Ali Khan’s big debut. Helmed by Kayoze Irani, the emotional thriller, set against the backdrop of terrorism in Kashmir, goes on floors in January.  While Prithviraj is paired with Kajol, Ibrahim’s role is being kept under wraps.

Winner takes it all 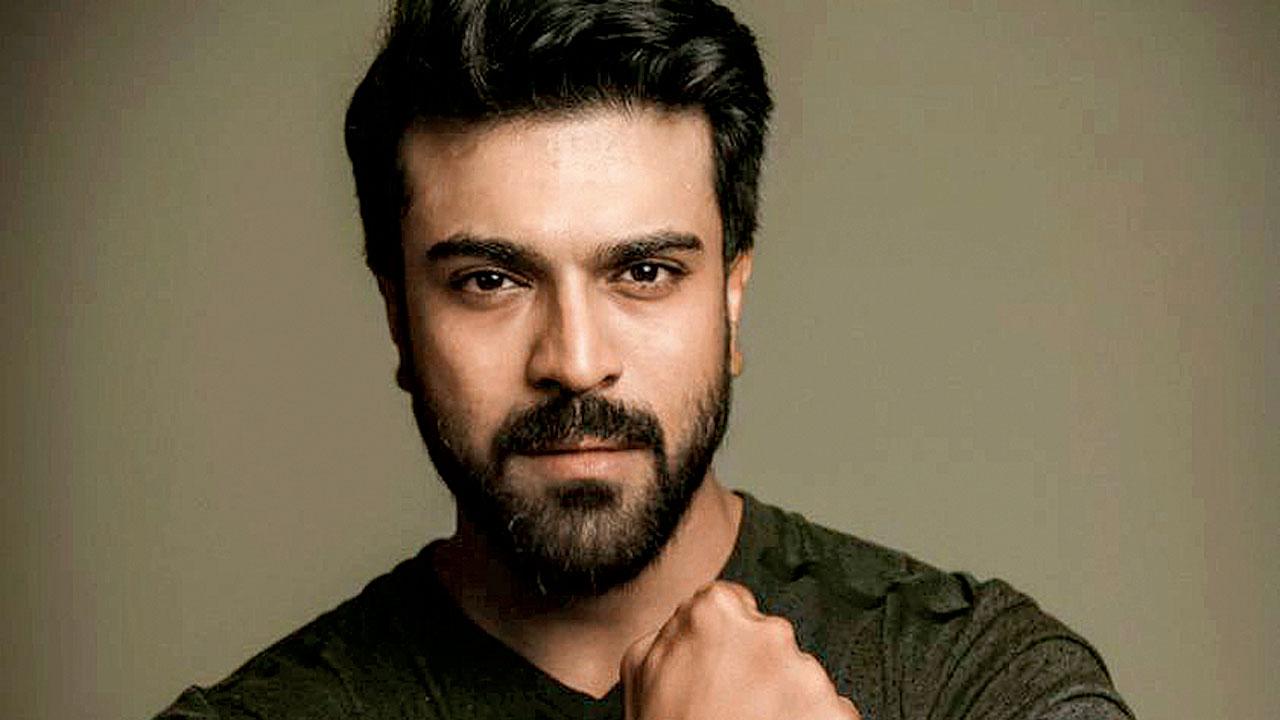 Ram Charan, who is working on S Shankar’s tentatively titled RC15, has finalised his next. The actor  teams up with director Buchi Babu Sana, who made a banging debut with Uppena. We hear it’s a powerful script aimed at pan-India audiences. While the rest of the cast is yet to be finalised, it is being said that Jr NTR had been approached for it first. Though he liked the subject, the actor couldn’t commit as he already has a film each with directors Koritala Siva and Prashanth Neel, lined up. Since Ram shares a brotherly bond with his RRR co-actor, he could have discussed Buchi Babu’s project with him before committing to lead it.