Have you heard? Karna on without Shahid Kapoor

Now, it is being said that Rakesh’s Toofaan hero, Farhan Akhtar is producing the film, titled Karna, with Ritesh Sidhwani under their banner 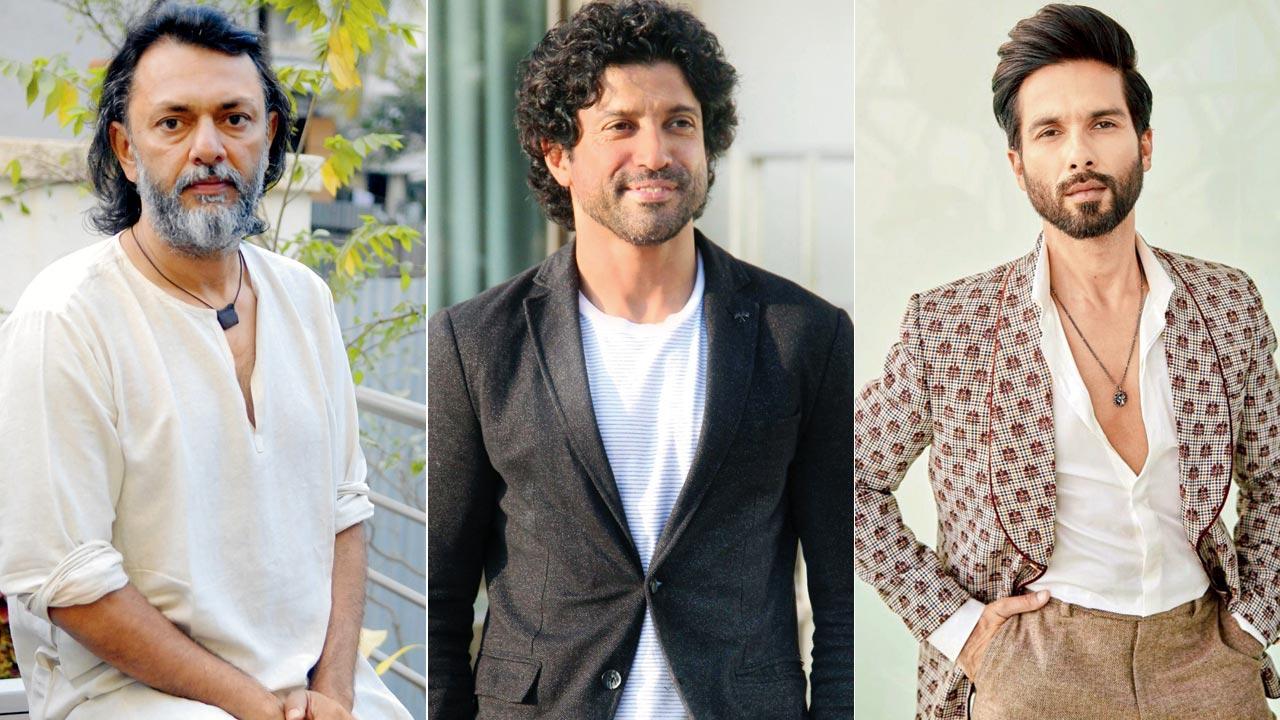 
Rakeysh Omprakash Mehra’s collaboration with Shahid Kapoor for his magnum opus based on Karna of the Mahabharata first made news last January. Since then, a lot has changed. While the Jersey actor is no longer associated with it, producer Ronnie Screwvala backed out of it too. Now, it is being said that Rakesh’s Toofaan hero, Farhan Akhtar is producing the film, titled Karna, with Ritesh Sidhwani under their banner. Talk is that Rakeysh is contemplating a two-part movie, to be made on a budget of about R200 crore. Reportedly, he feels that the story is too vast, and with several important characters being a part of the narrative, just a two-and-half hour film won’t do justice to the subject. The filmmaker has also got Anand Neelkanthan, an expert on mythology, to team up with him in scripting his ambitious venture. 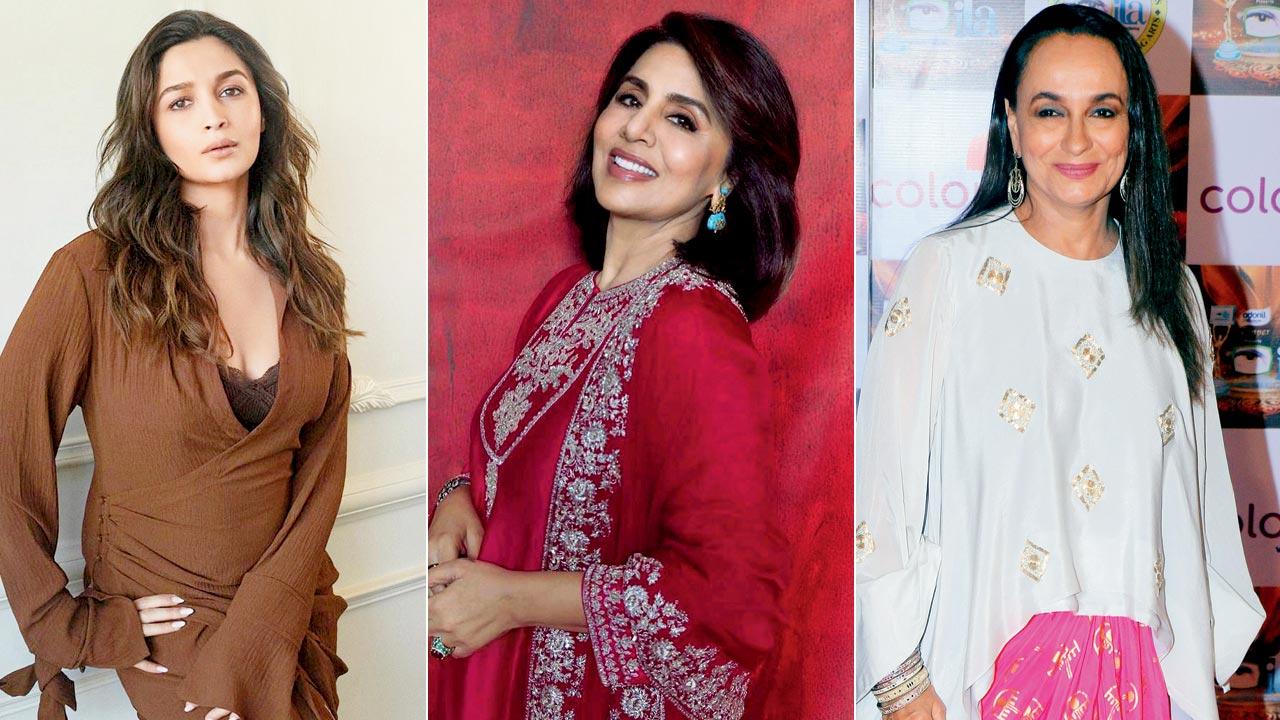 The Kapoor and the Bhatt clans are on a high. Firstly, Ranbir Kapoor and Alia Bhatt’s first film together has opened to huge numbers. With the couple gearing up for parenthood, the mood in both households is festive. Alia is in the third trimester of her pregnancy and looking forward to bringing the bundle of joy with actor-husband Ranbir into the world this December. We hear that both grandmothers-to-be — Neetu Kapoor and Soni Razdan — are planning to host a baby shower for their ‘Darling’ daughter. While the date and venue for the women-only ceremony are yet to be finalised, it will be scheduled after the shraadh period ends on September 25. Besides Alia’s sister Shaheen, Ranbir’s cousins Karisma Kapoor and Kareena Kapoor Khan, extended family like Anissa Malhotra Jain, Shweta Bachchan Nanda and Navya Nanda, friends like Akansha and Anushka Ranjan will join in the celebrations.

Also Read: I earn my livelihood through Hindi only, says Pankaj Tripathi 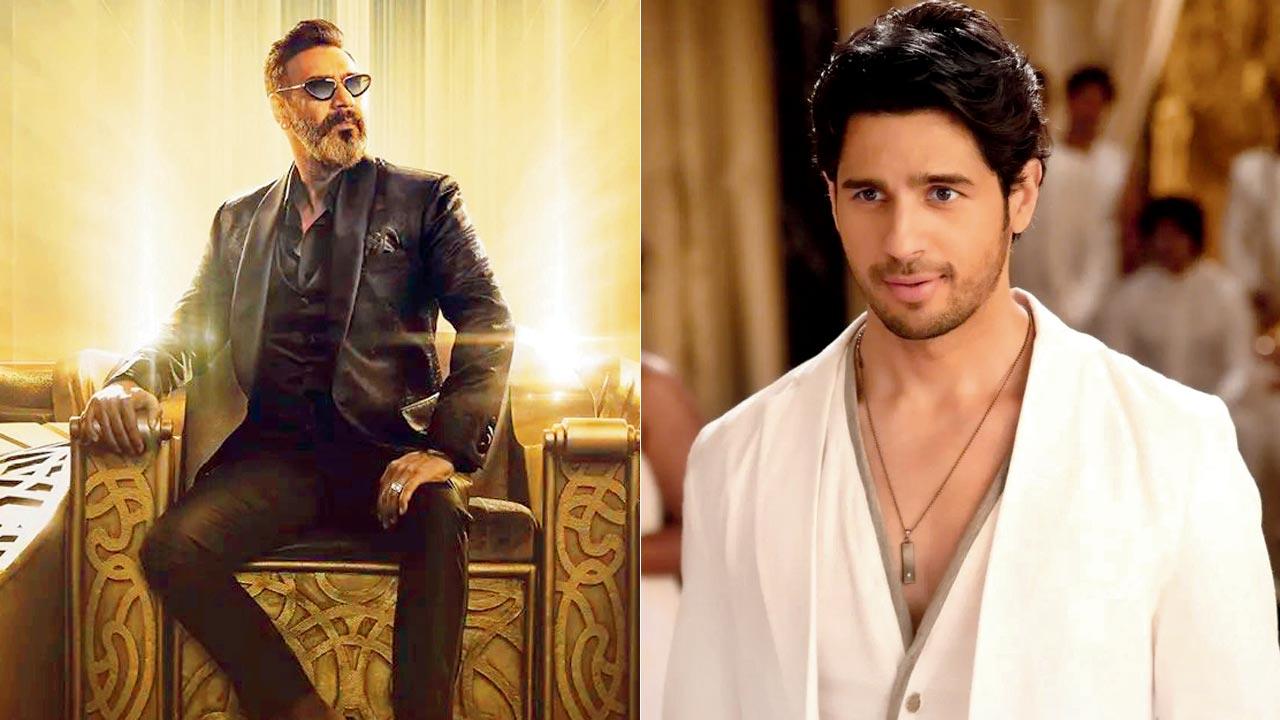 Ajay Devgn, Sidharth Malhotra and Rakul Preet Singh’s upcoming Diwali release, Thank God, has got into a legal wrangle. A lawyer has filed a suit against the team of the social comedy in a Jaunpur court for hurting religious sentiments. As seen in the trailer of Indra Kumar’s directorial venture, Ajay plays a modern-day Chitragupta, who decides the fate of Sidharth’s character after he meets with a major accident. Pointing out the presentation of Ajay’s character, who cracks jokes and uses objectionable language, the petition reportedly states, “Chitragupta is regarded as the Lord of Karma and keeps a record of a man’s good and bad deeds. Such depiction of Gods can create an unpleasant situation since it hurts religious sentiments.”

A rugged avatar for Mahesh 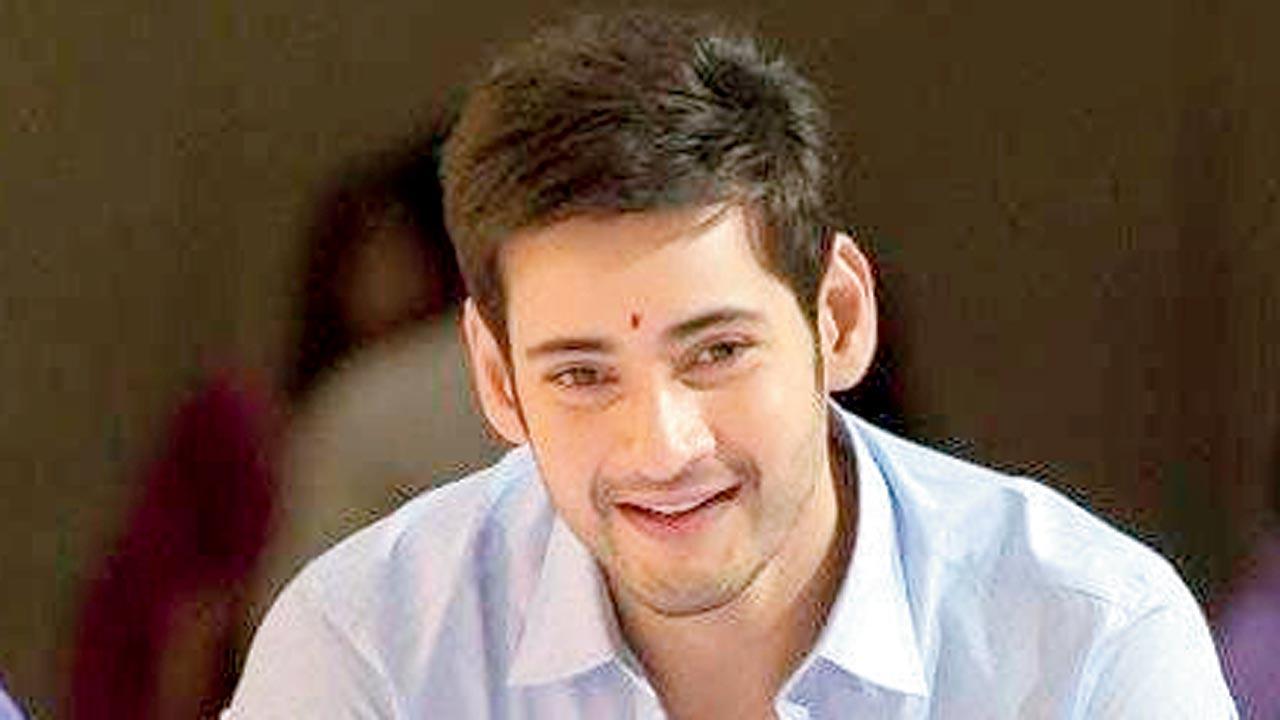 After two huge blockbusters in Athadu and Khaleja, Mahesh Babu and director Trivikram Srinivas are teaming up again. This time around, for an action entertainer packed with all the commercial ingredients. Reportedly, the Telugu superstar will be essaying a rugged look, with long hair and facial fuzz, for the first time in his 23-year-career as a leading man. Naga Vamsi, the producer of the film, tentatively titled SSMB28, shared a picture of the director discussing a shot with the actor on the set. Alongside, he wrote, “The filming of an epic action entertainer begins! The blockbuster combo of superstar Mahesh Babu and Trivikramgaru on the set after 12 years. Superstar in a massy rugged avatar. Wait for more surprises coming your way, soon!” After completing this film, Mahesh will begin working on SS Rajamouli’s next big-ticket extravaganza, a globe-trotting adventure.

Reunion times in a sequel 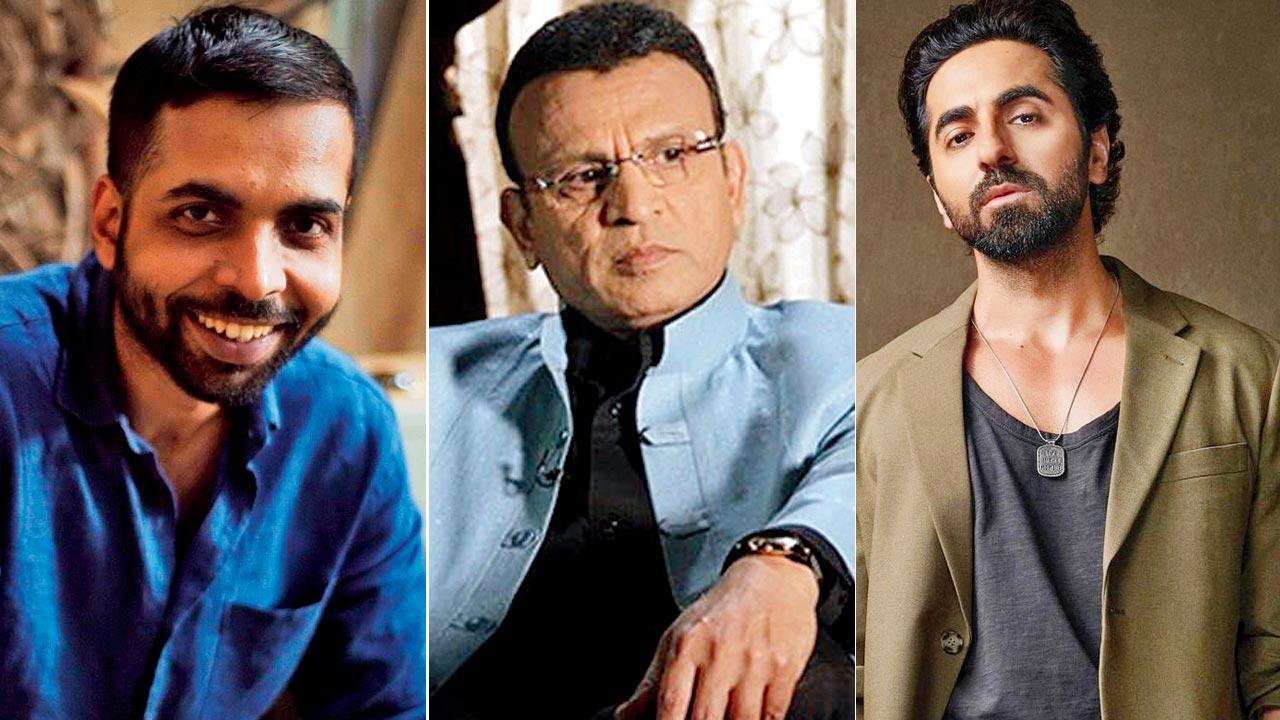 Over three years since Dream Girl, Abhishek Banerjee and Annu Kapoor reunite with Ayushmann Khurrana. The two actors have been brought on board for Dream Girl 2, which also stars Ananya Panday as Ayushmann’s leading lady.  Like the first instalment, director Raaj Shaandilyaa’s sequel also has ample humour for Abhishek and Annu’s characters. The team is currently filming in a city studio, where they have recreated Mathura and Agra. Ananya, who is back from her Roman holiday, has also resumed shooting work on the comic caper. Raaj is slated to wrap up the shoot by this year-end and ready it for a mid-2023 release. 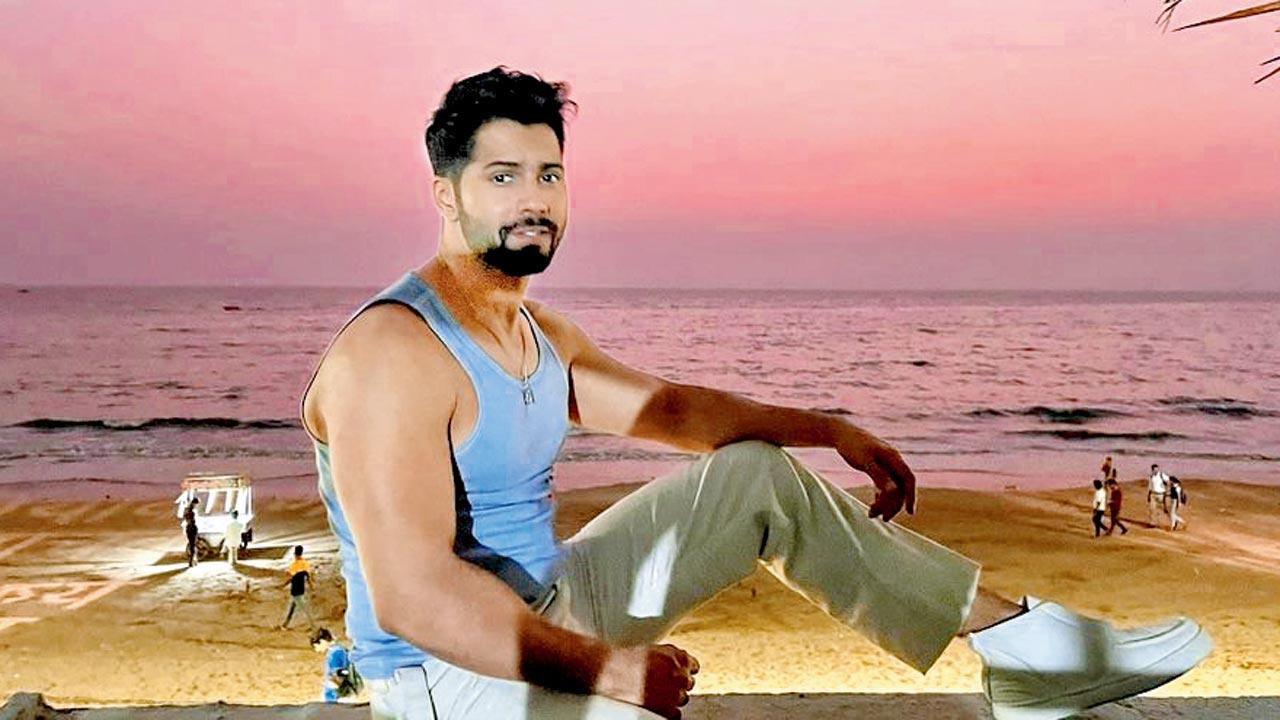 Having debuted with Karan Johar's Student of the Year (2012), Varun Dhawan was upset to be missing from his mentor’s production ventures in recent years. When the filmmaker asked his protégé about it on his chat show, the actor confessed that it made him think whether he was slipping in his game. He shared that he questioned himself if he had not created the right body of work or image as an actor for KJo to consider him in his movies. Varun, whose last release was Jugjugg Jeeyo for the filmmaker’s banner, added, “Sometimes it was also along the lines of why Karan thinks I can’t do these roles. For me, it is more in terms of introspection of my competencies. It never leads to me feeling envious or defeated by your selection. I take it as an opportunity to analyse where I can possibly improve.” 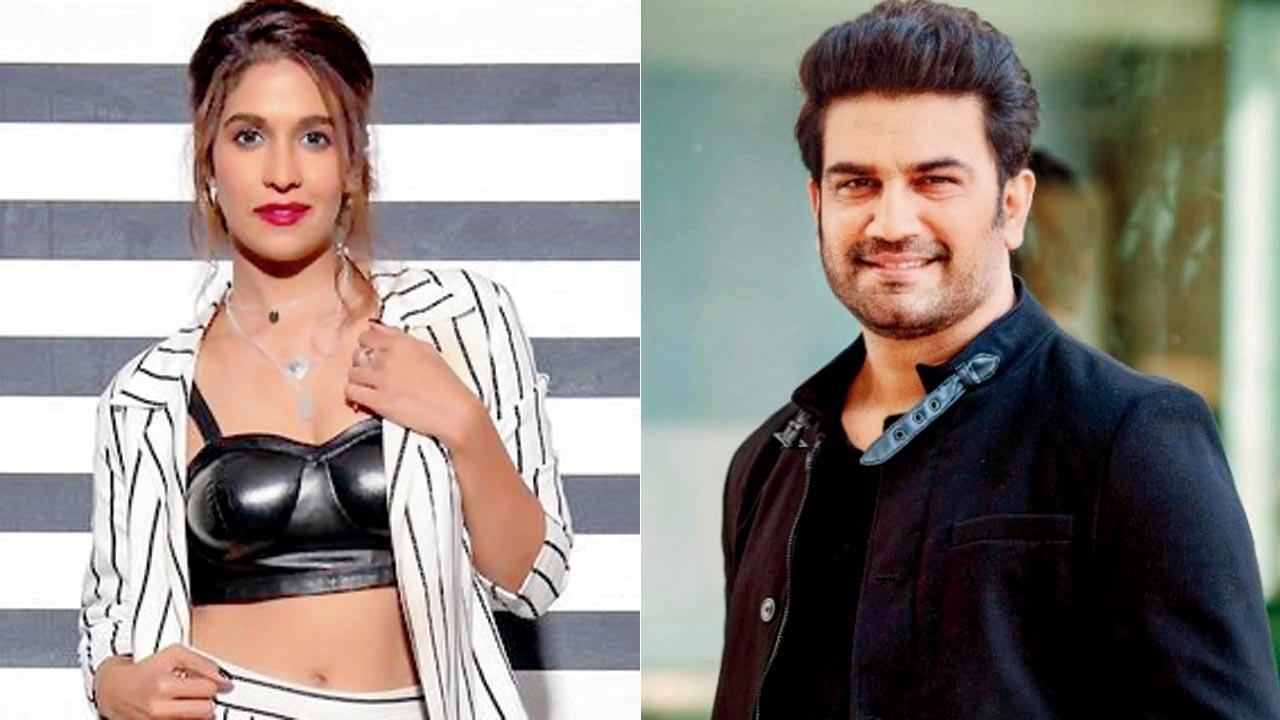 Siddharth P Malhotra, who last directed Rani Mukerji in Hichki (2018), is foraying into production with a web series. His maiden venture is a medical drama starring Sharad Kelkar and Harleen Sethi. A mix of romance and drama, the yet-untitled show features both actors playing doctors. Rumours are rife that it is similar to Siddharth’s TV show, Sanjivani, which revolved around two contrasting characters working at a hospital. Also featuring Aamir Ali, Vivaan Shah and Teena Singh in pivotal roles, the filmmaker’s new offering is currently being shot under the direction of Sahir Raza.

Next Story : Up and about: Ek dum chupp