Have you heard? Lalit Modi and Sushmita Sen are dating

The 'Aarya' actor seems to have found new love in the former chairperson and commissioner of the Indian Premier League. Interestingly, the news was broken by the businessman himself on social media 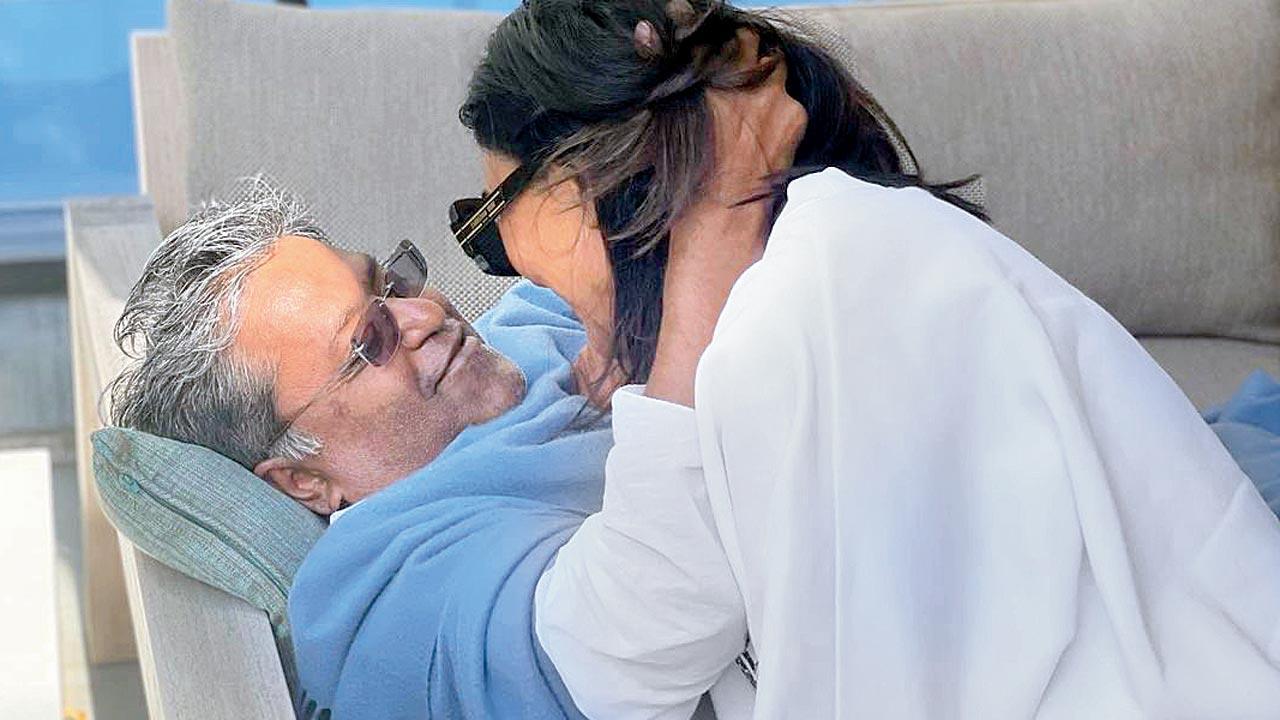 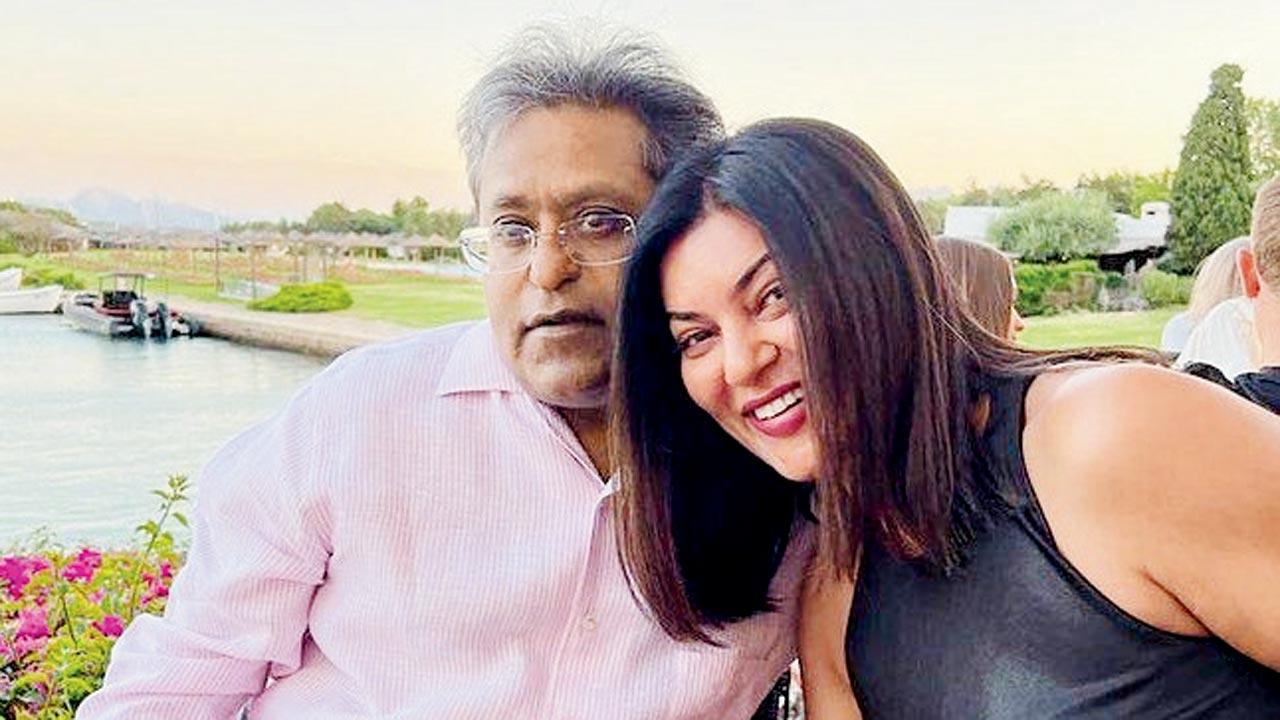 For decades now, there has always been a connect between films and cricket. Given that both are akin to religion in our country, we’ve seen many a cricketer dating Bollywood leading ladies over the years. The latest jodi is Sushmita Sen and Lalit Modi. The 'Aarya' actor seems to have found a new love in the former chairperson and commissioner of the Indian Premier League. Interestingly, the news was broken by the businessman himself on social media. Sharing pictures with the Bollywood actor and family, he wrote, “Just back in London after a whirling global tour #maldives # sardinia with the families — not to mention my #better looking partner @sushmitasen47 — a new beginning, a new life finally. Over the moon (sic).”  Expectedly, the two were soon flooded with congratulatory messages. However, Lalit set the record straight, saying, “Just for clarity. Not married — just dating each other. That too will happen one day.” Incidentally, rumours were rife about the two about 12 years ago, when they were photographed together during the Mumbai Indians vs Chennai Super Kings IPL Final in 2010. And to think that just a couple of weeks ago, in a conversation with Twinkle Khanna, Sush had opened up a little about her relationships and how she almost got married thrice.

Also Read: Have you heard? Show me the money 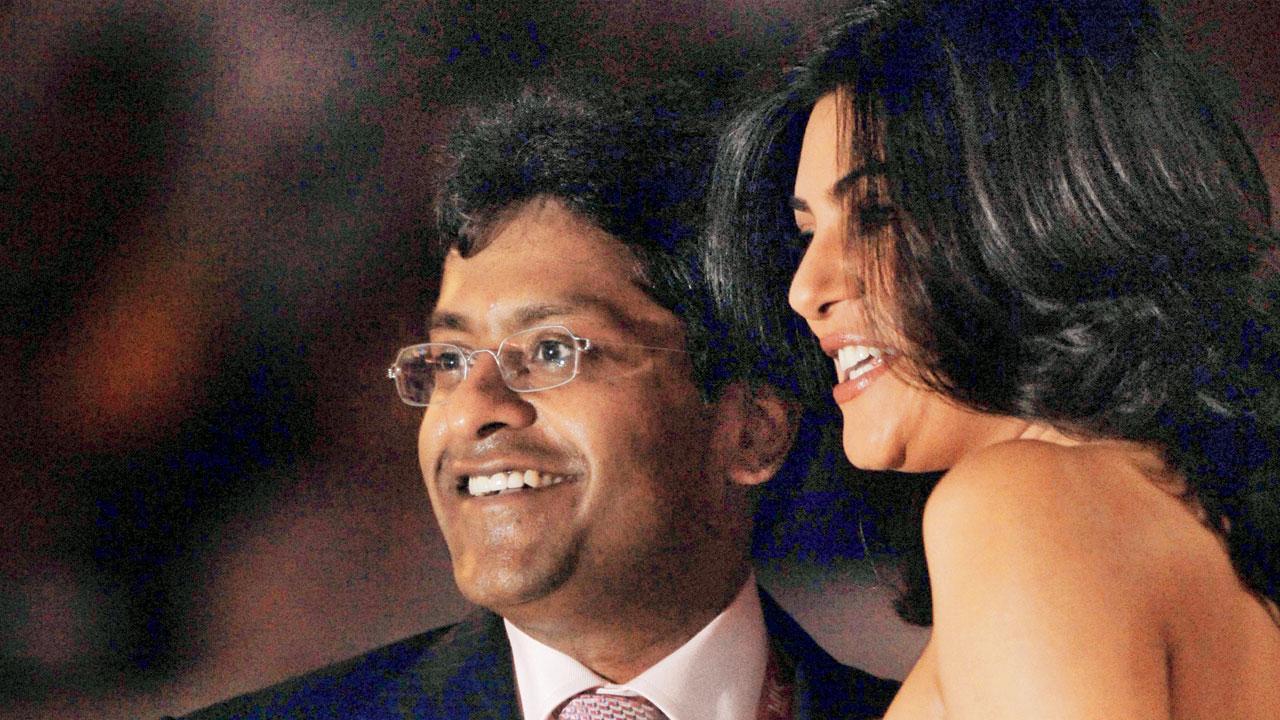 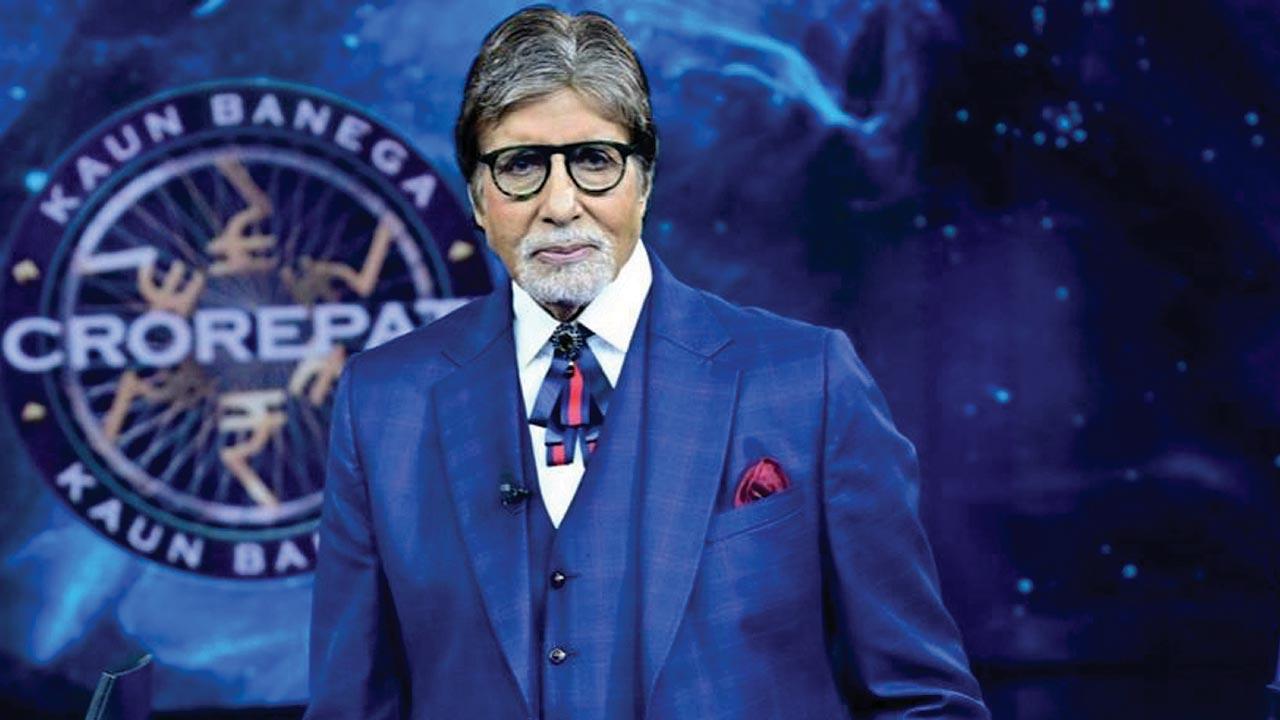 Amitabh Bachchan has begun shooting for Kaun Banega Crorepati season 14. Sharing pictures from the set on his blog, Amitabh Bachchan wrote, “Back to the boards and the apprehension and fears and doubts arise again... and each season presents itself similarly.” Revealing how every time he felt ‘never again’, he has always returned to fulfill the commitment. “There is an ‘each time I say never again’ and yet it all comes back when the commitment has been made.. so comply and accept and go ahead with the best efforts... and so one tries.” Talking of how mock rehearsals are a must, Big B concluded his post, saying, “I do hope it all falls into place… oh dear... life is a challenge each day (sic).”

Also Read: Have you heard? Aces to reunite 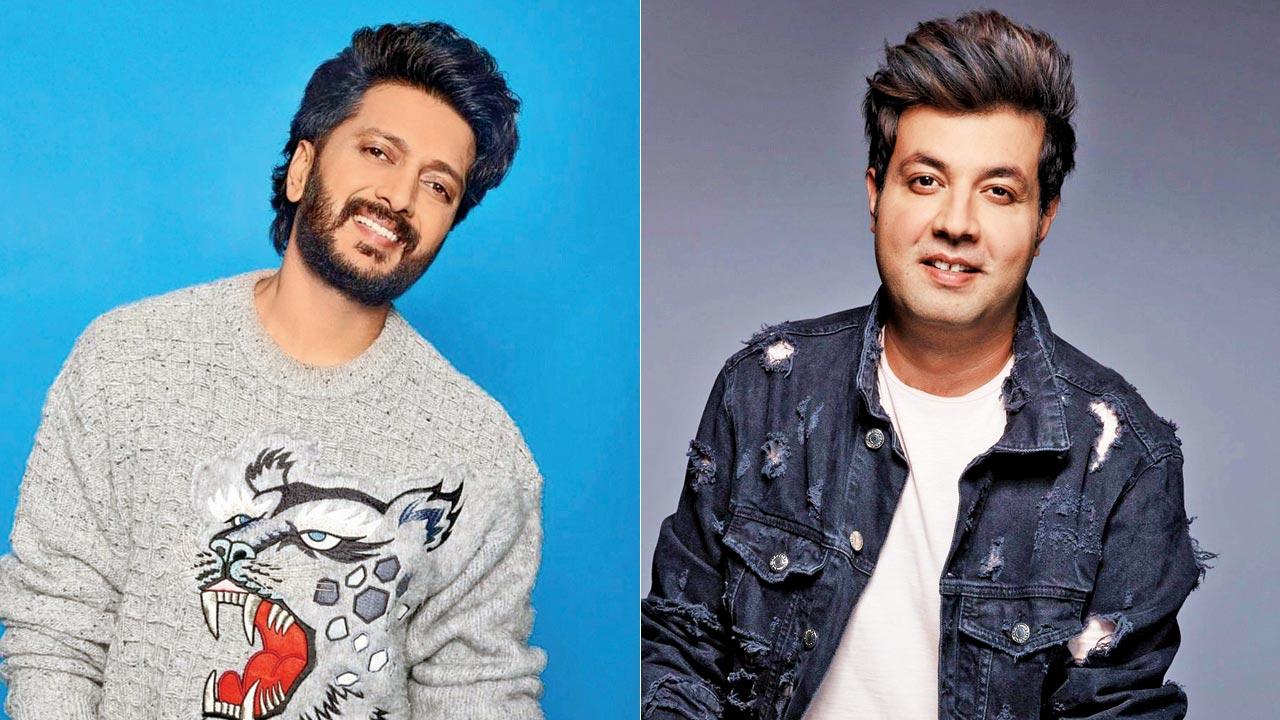 Riteish Deshmukh will soon be seen as a lawyer. He will be joined by Varun Sharma as his fellow vakil on a new show, titled 'Case Toh Banta Hai'. The out-of-the-box concept is a funny take on grilling celebrities with the two hilarious lawyers. Varun Dhawan, Badshah and a few other celebs have reportedly filmed their episodes, while Rohit Shetty, Kareena Kapoor Khan, and Sara Ali Khan are committed to shoot soon. 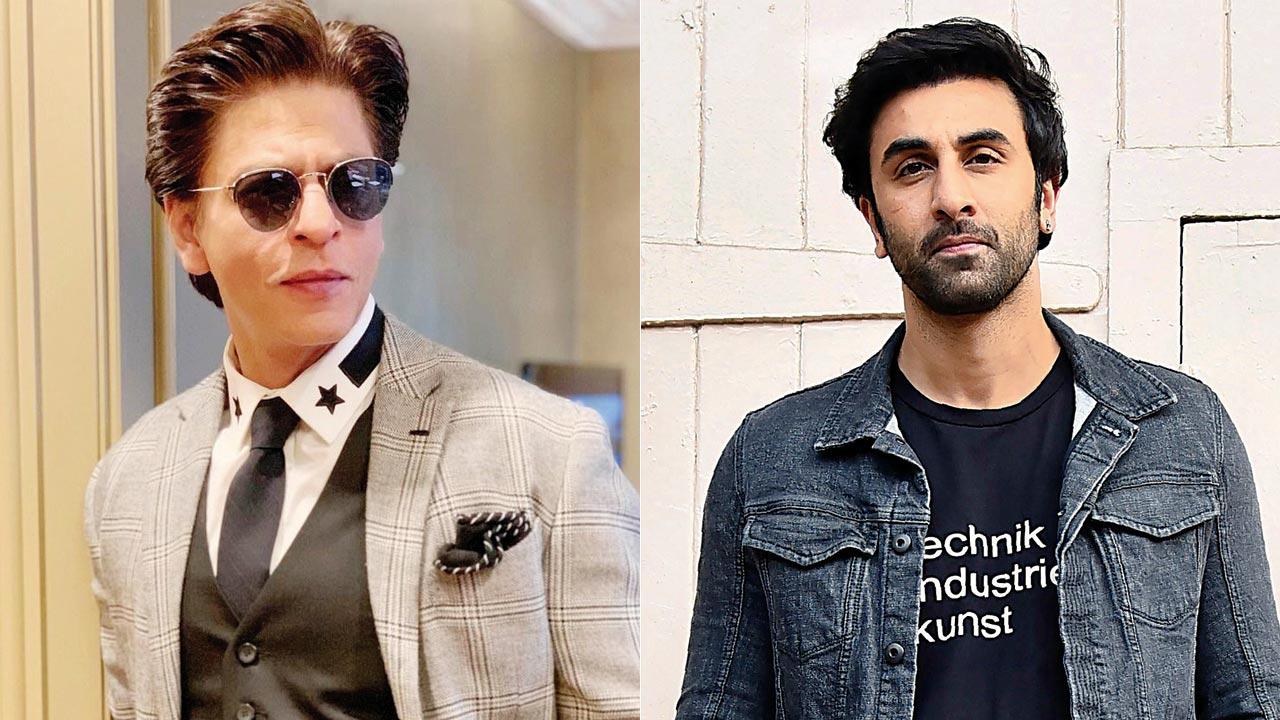 Shah Rukh Khan had completed a schedule of Rajkumar Hirani’s 'Dunki', before he got busy with Atlee’s 'Jawan'.  Now, we hear that cinematographer Amit Roy won’t be returning to Hirani’s film. Instead, CK Muraleedharan, who has previously worked with Hirani on 'PK' (2014), will take over as the DoP. Reason being that Amit had creative differences with the filmmaker, and before things got bitter, he decided to opt out. Sources say Amit has moved on to shoot Sandeep Reddy Vanga’s 'Animal' with Ranbir Kapoor and Rashmika Mandanna. Though SRK is also a producer of 'Dunki', Amit reportedly said that the actor is too gentlemanly to get into the conflict and resolve their issues.

Reminded of the Jacksons 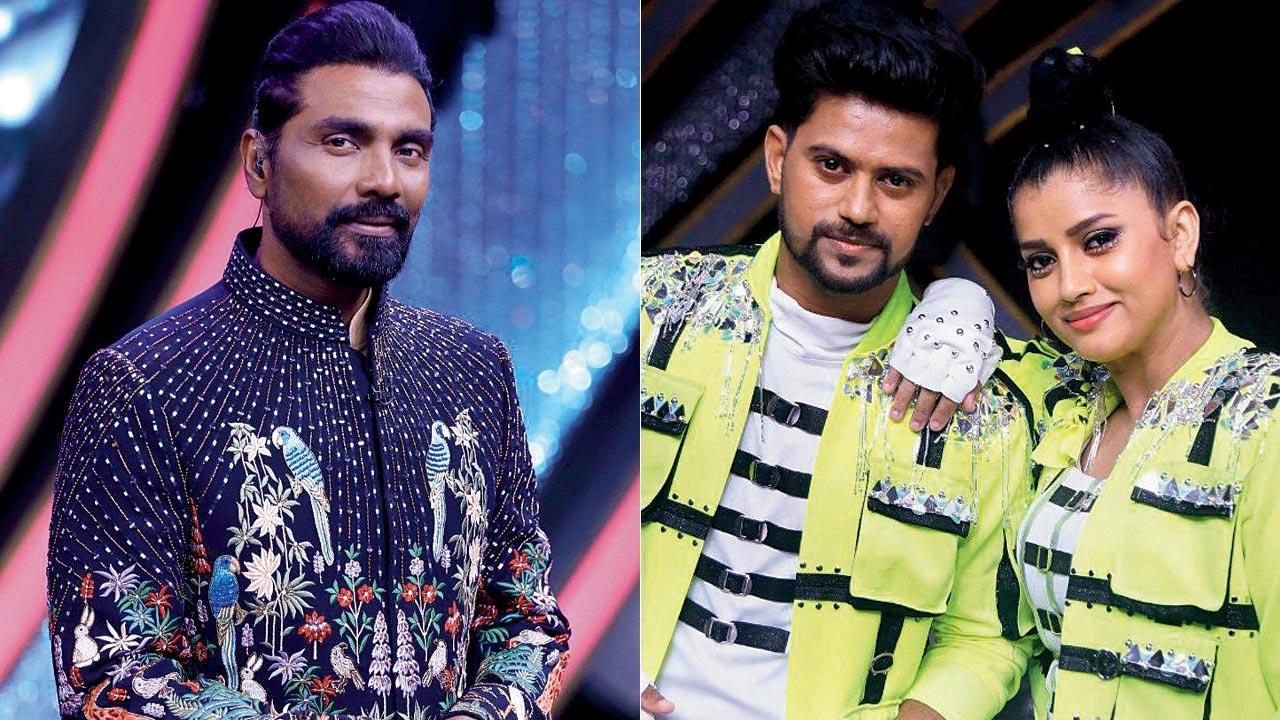 Remo D’Souza, who is judging DID Super Moms with Urmila Matondkar and Bhagyashree Dassani, was most amazed by contestant Sadika Khan and her choreographer Vivek’s performance to the song, 'Dhoom machale'. Blown away by their nimble moves, he said, “The idea of using a 360-degree camera throughout the act was amazing. You both creatively controlled the camera and presented a wonderful performance.” Conceding that he never expected to see this level of performance on the dance reality show, Remo added, “I was reminded of a stunning performance delivered by Michael Jackson and Janet Jackson years ago. It really felt like I was watching an international dance performance.” 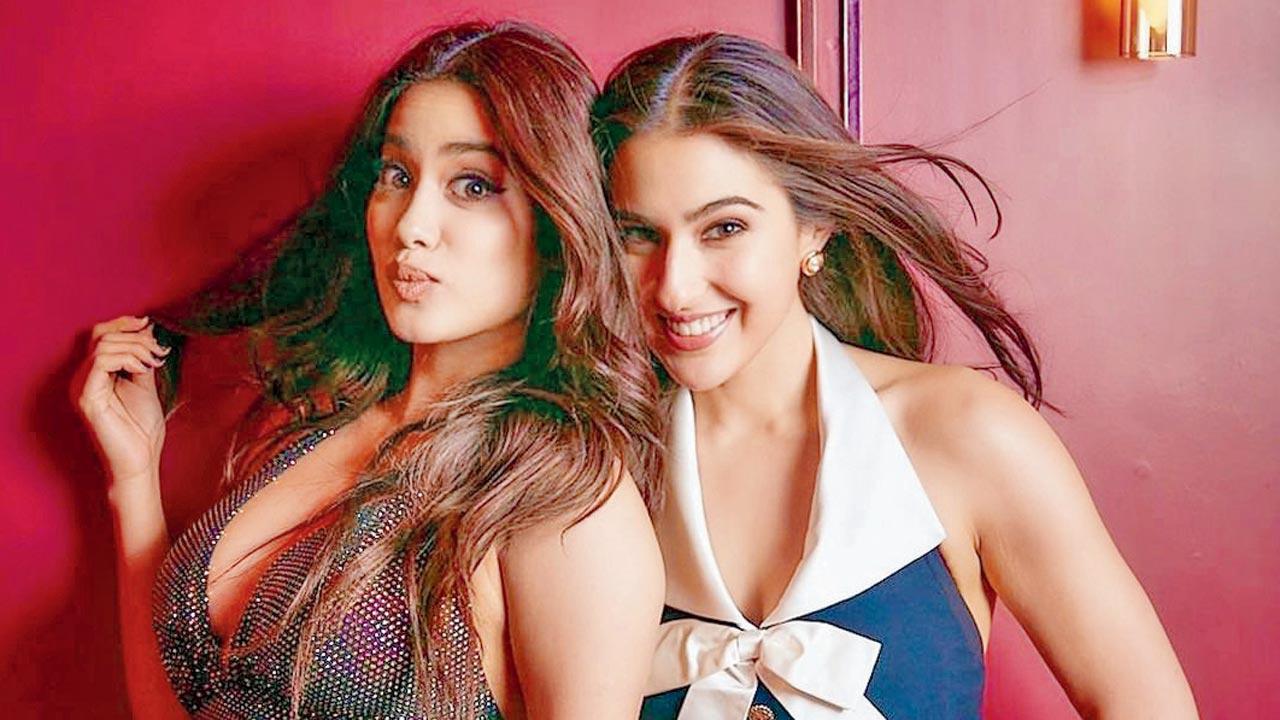 Janhvi Kapoor and Sara Ali Khan spoke about their near-death experience on Karan Johar’s chat show. It happened when the two actors, who had gone to Kedarnath, decided to hike to Bhairavnath instead of following the regular path. “There was an 85 degrees incline of just rocks and Janhvi was like, ‘Let’s climb this’,” Sara said, adding there were moments she was certain they’d fall due to the shaky rocks. It was only half hour later that her driver found the two girls and helped them return to safety. Janhvi recalled almost freezing to death in the sub-zero temperature despite wearing all the warm clothing she carried.