Have you heard? New dream girl for Ayushmann Khurrana 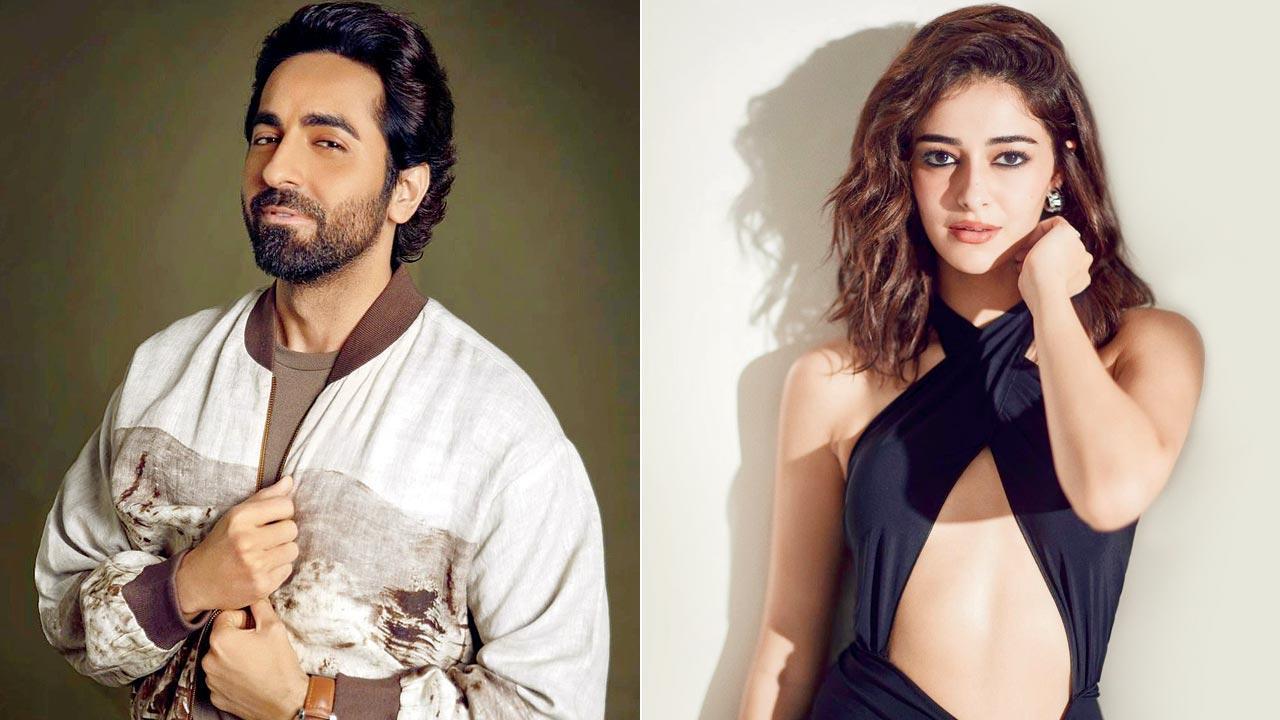 
Over three years since Dream Girl struck gold at the box office, a sequel is in the works. Ayushmann Khurrana, who wowed cinegoers with his performance as a cross-gender actor who aced at impersonating a female voice, is set to reunite with writer-director Raaj Shaandilyaa for the second instalment of the comic caper. However, Nushrratt Bharuccha won’t be joining him in Dream Girl 2. Buzz around B-Town is that Ananya Panday has been finalised as Ayushmann’s leading lady. The makers, looking to cast a relatively younger and newer actor for the part, initially considered Naagin 6 actor Tejasswi Prakash, and Sara Ali Khan. Eventually, it appears that the Gehraiyaan and Liger actor has impressed them enough to finalise her as Ayush’s heroine. Sources claim that Dream Girl 2 is scheduled to go on floors later this year.

The Lone Wolf to return soon Following his successful Hollywood debut with Russo Brothers’s The Gray Man, Dhanush is set to return in the sequel. He shared the news with an audio clip in which he can be heard warning Sierra Six, essayed by Ryan Gosling. The actor, who plays Avik San in the action thriller,  says, “Six, This is Lone Wolf. I hear we are both looking for the same man. I want to offer you some advice. Stop looking. You are wasting your time. Because if I find him first, there will be nothing for you to look for. And if you find him first, then I will find you. Nothing personal.” He captioned his post: “The Gray Man universe is expanding and the sequel is coming... Lone Wolf is ready, are you?” 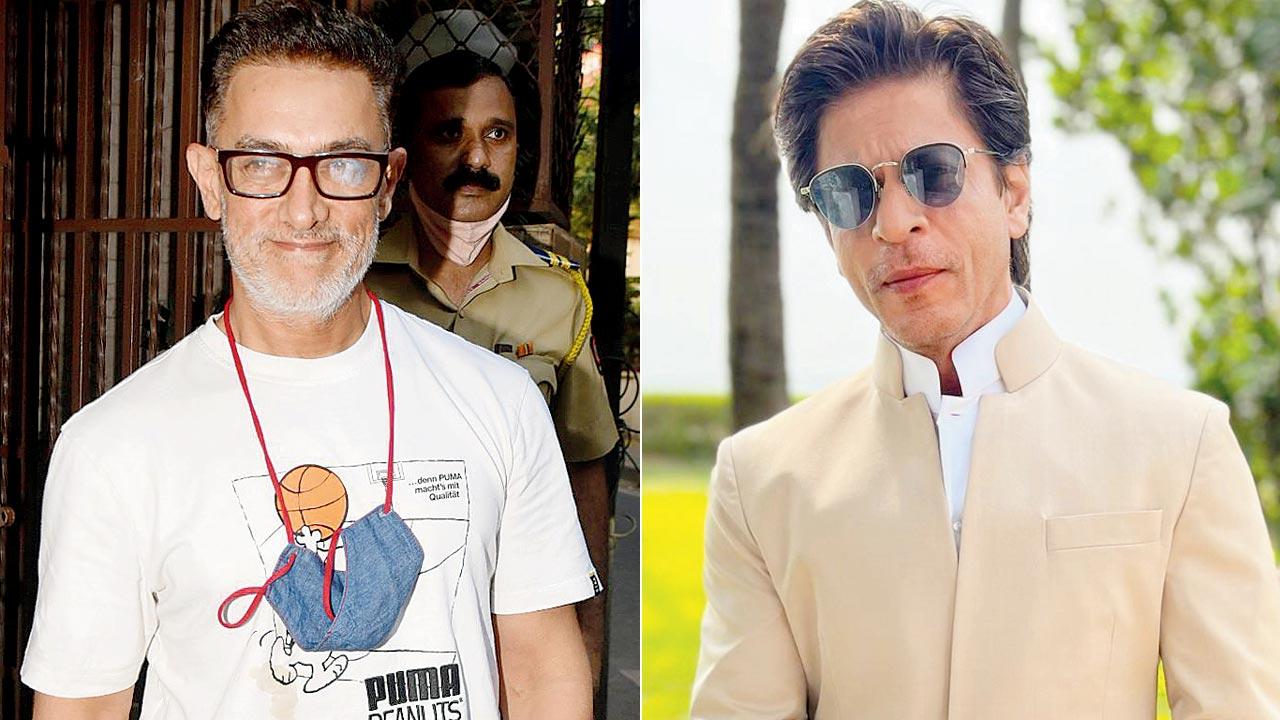 After months of speculation, Aamir Khan recently confirmed Shah Rukh Khan’s cameo in Laal Singh Chaddha. When asked during a promotional interview how he got the Zero actor on board, Aamir said that SRK is a friend. “I told him that I needed someone who can represent [in India] what Elvis Presley represented in America. ‘I need the biggest iconic star of India, which is why I am coming to you’. He was really sweet and he said yes,” he has been quoted as saying. In Forrest Gump (1994), it is shown that Elvis got the idea for his dance moments from the young Forrest. It remains to be seen how Aamir’s Laal Singh Chaddha influences SRK in the desi version. 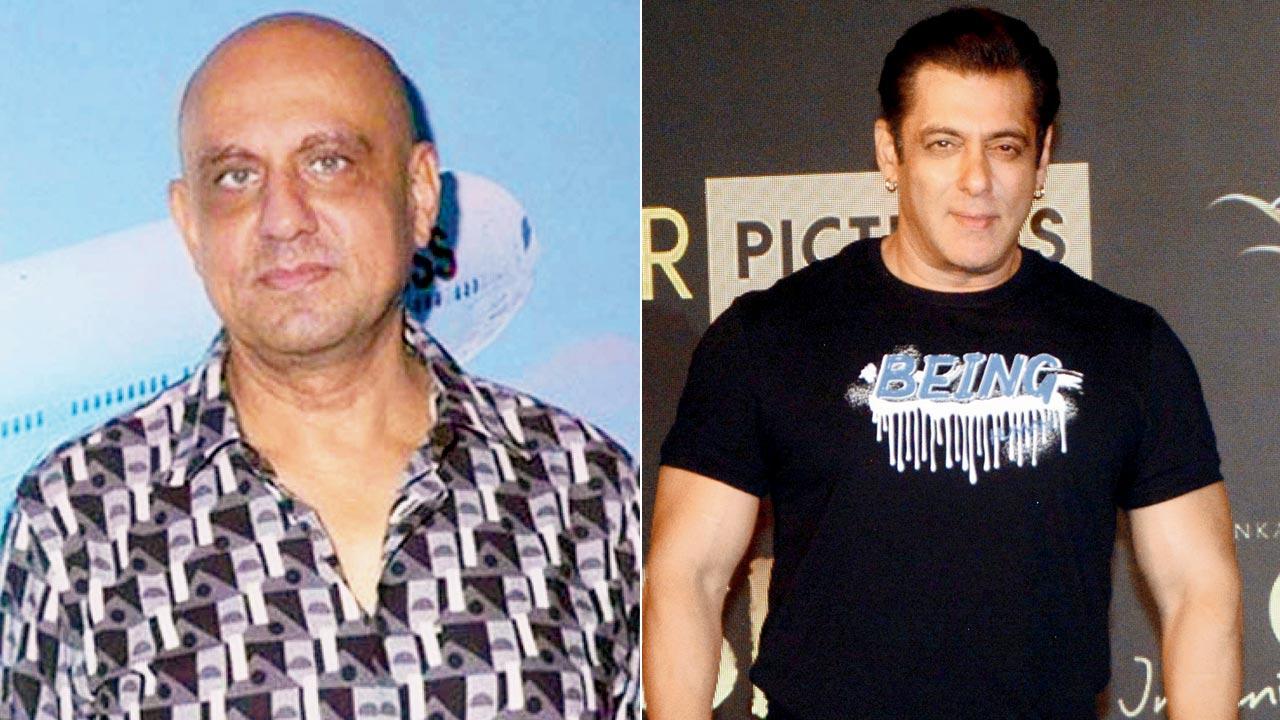 Contrary to reports, it looks like the remake of 1989 hit Tridev is not happening. The film’s director, Rajiv Rai has reportedly said that even though he has been offered to make adaptations, he is not interested in them, and isn’t keen to make it himself either. Clarifying that Salman Khan had broached the idea of modernising Tridev, the veteran filmmaker maintained that it took a backseat in the wake of the pandemic. “Tridev was merely at a discussion stage. I don’t think it will happen and I have many stories lined up,” Rajiv has been quoted as saying. While there were reports of Salman and him co-producing the remake, the filmmaker is currently shooting a small-budget film with newcomers in Jaipur.

An Italian babymoon for Alia and Ranbir 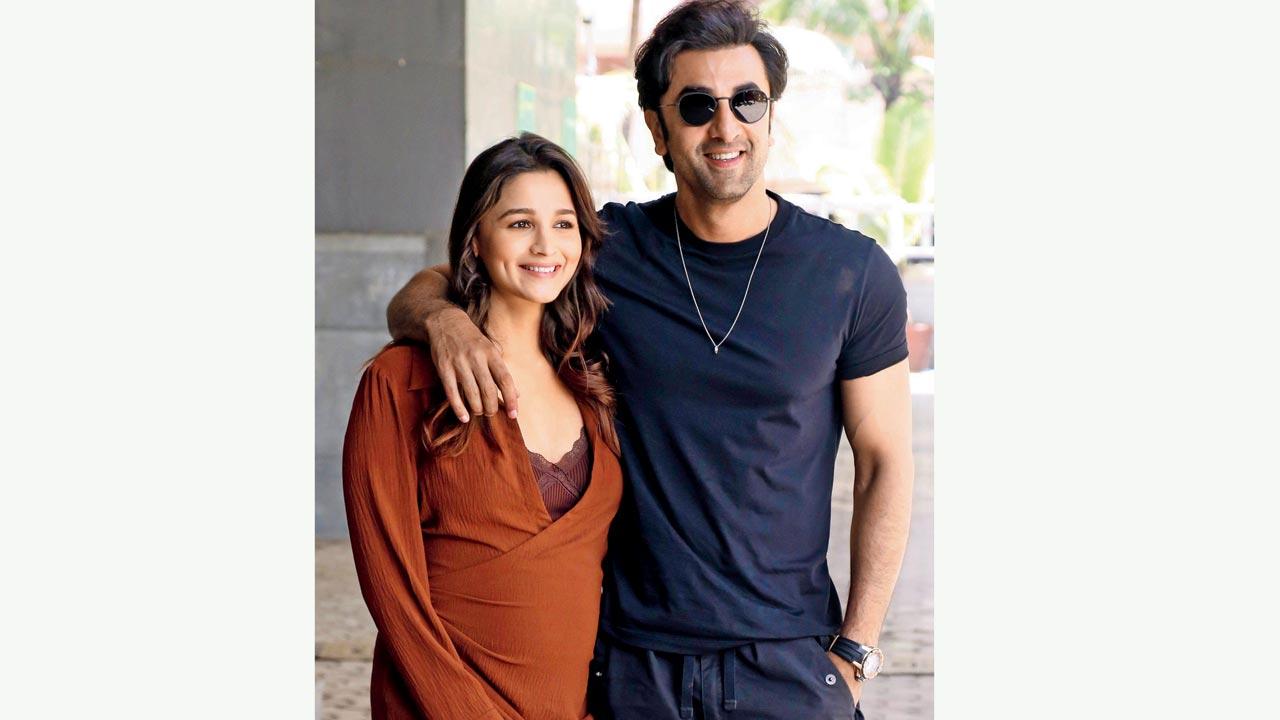 Alia Bhatt and Ranbir Kapoor have been too busy with their professional commitments. So much so that within a few days of their April wedding, they went back to their respective film shoots. It appears that the couple has finally got some time off after launching the song, Deva deva, from their upcoming release Brahmastra Part One: Shiva. While they couldn’t go on their honeymoon earlier, RK and Alia, who are expecting their first child, have headed to Italy for their babymoon. Sharing a picture from their holiday, Alia wrote, “Eternally grateful for this sunshine — Thank you for all the love my loves.” Sonam K Ahuja, who is set to welcome her first child with husband Anand Ahuja later this month, wrote, “I went there for my Babymoon too! It’s literally the best! Have fun!” While Alia’s saasu maa replied, saying, “My beauty,” mom Soni Razdan commented, “And that is a lovely lemony sunshiny photo.”

Also Read: Have you heard? Robot rom-com, anyone? 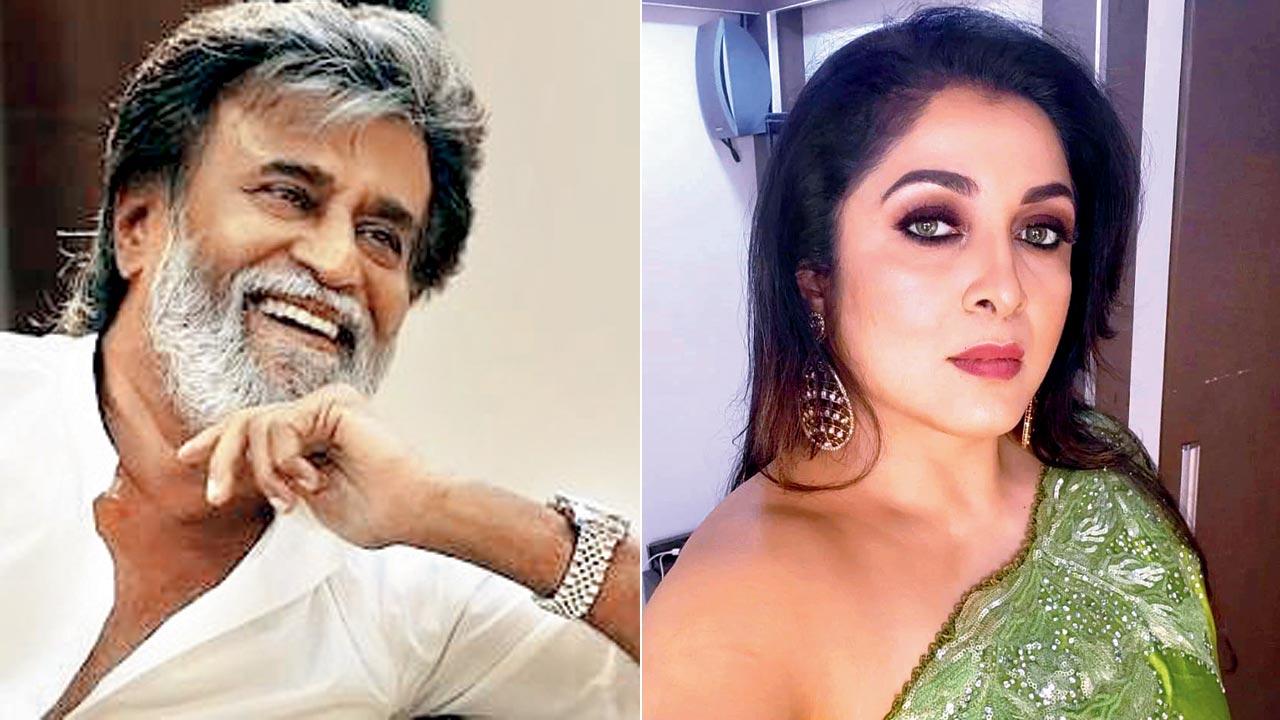 Twenty years since Baba, Ramya Krishnan will now share screen space with Rajinikanth for the fourth time. Having joined the cast of Nelson Dilipkumar’s Jailer, she reportedly said, “I start shooting for Jailer with Rajinikanth on August 10. I am very excited.” Interestingly, this is the Rajinikanth’s 169th offering. He and Ramya first collaborated on Padikkadavan (1984). It wasn’t until 14 years later that they reunited for Padayappa (1999). 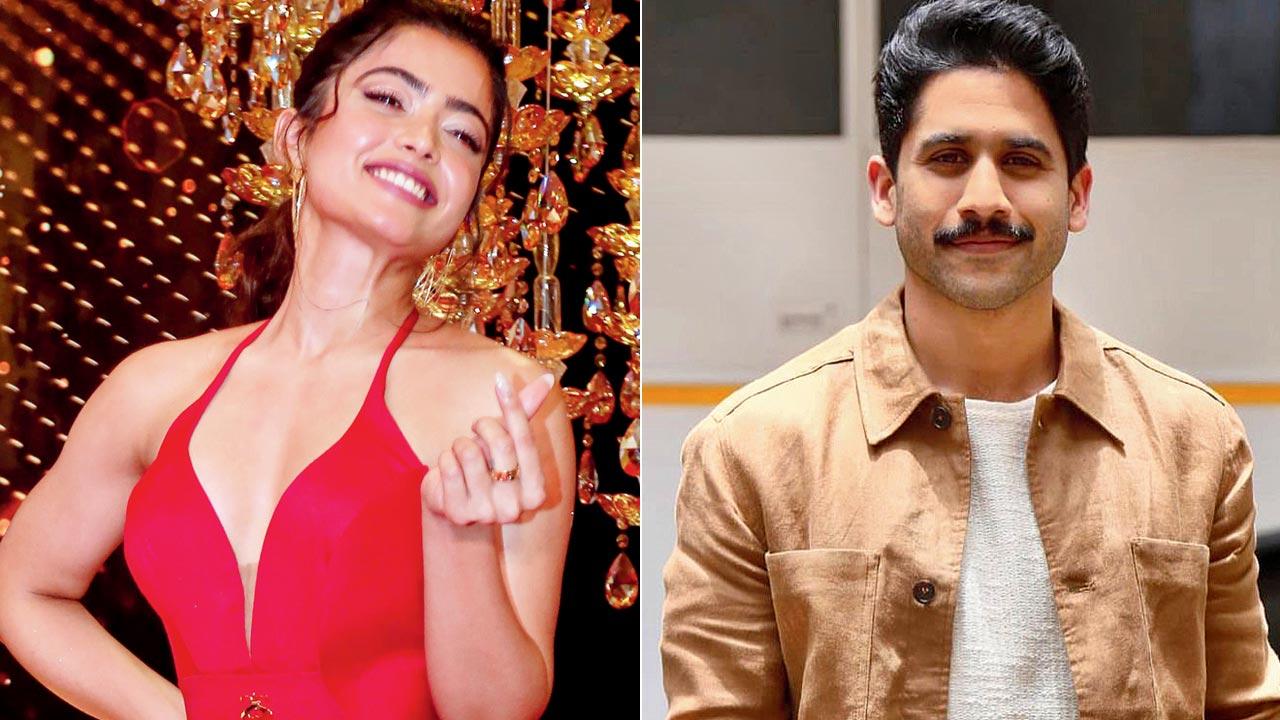 After months of speculation, it looks like Naga Chaitanya’s film with Sarkaru Vaari Paata director, Parasuram, is finally happening. Talk in Tollywood is that the filmmaker is keen to cast Rashmika Mandanna as the leading lady. If things work out, it will be the first time the two actors will pair up on screen. So the fresh jodi is sure to add novelty value to the movie. Previously, rumours were rife that the yet-to-be announced project would be named after Chaitanya’s grandfather, Akkineni Nageswara Rao.