Have you heard? Rajkummar Rao and long-time girlfriend Patralekhaa getting hitched?

Patralekhaa is from Assam and Rao’s family is based in Haryana. They have been together for over seven years 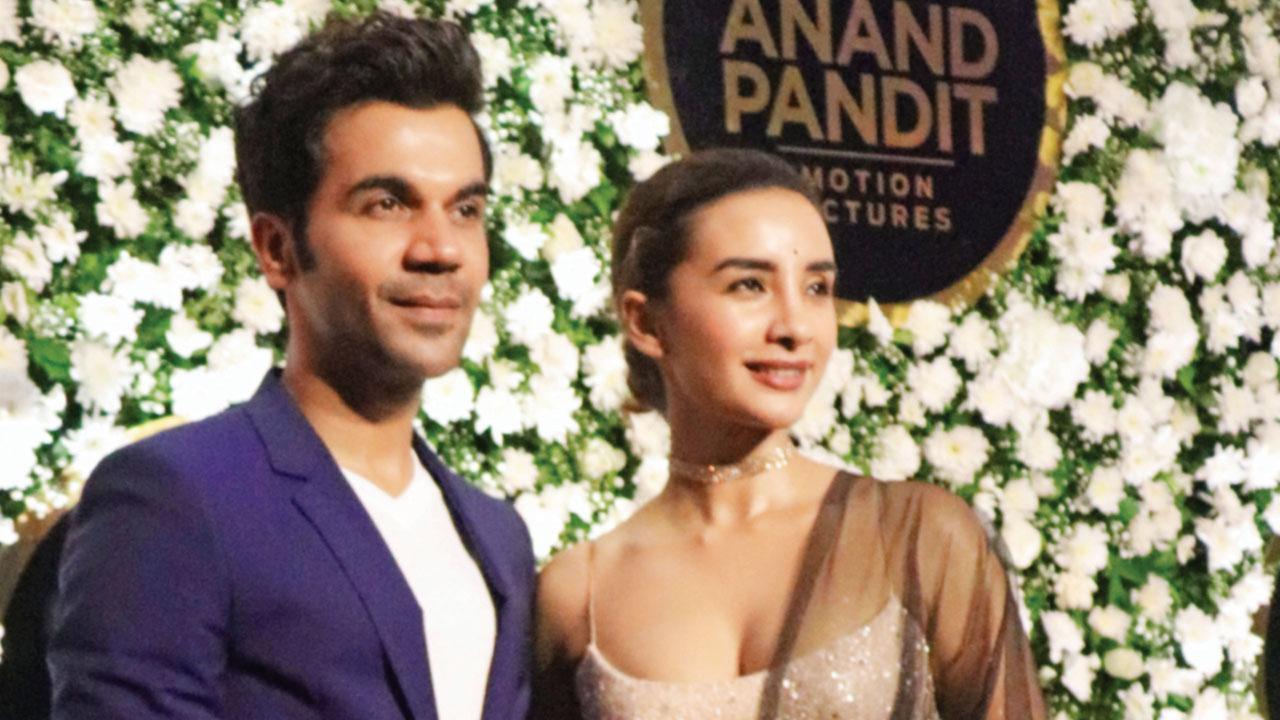 
There has been chatter about Rajkummar Rao and long-time girlfriend Patralekhaa getting hitched. As the couple is keen to keep things under wraps, there are speculations galore about the venue and the ceremony. Initially, there was news that they would tie the knot in December. Those in the know now state the festivities will unfold in Chandigarh in a day or two. Apart from family, a few close friends are on the guest list. Patralekhaa is from Assam and Rao’s family is based in Haryana. They have been together for over seven years. Rao saw Patralekhaa for the first time in an ad and wished to meet her. Later, they connected, and love blossomed soon after. The couple often shares loved-up pictures on social media. 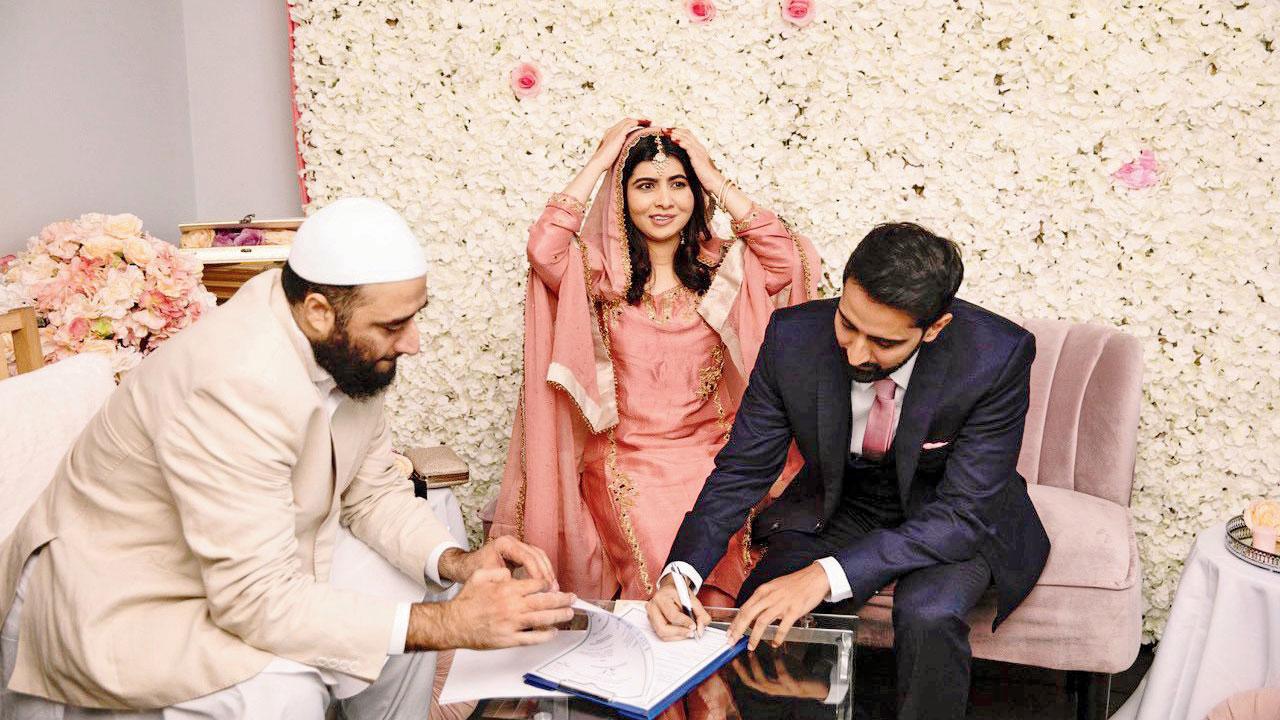 Priyanka Chopra Jonas and Divya Dutta wished Malala Yousafzai love and happiness in her marriage. On Tuesday, the Nobel Peace Prize winner tied the knot with Asser Malik, who is associated with the Pakistan Cricket Board. 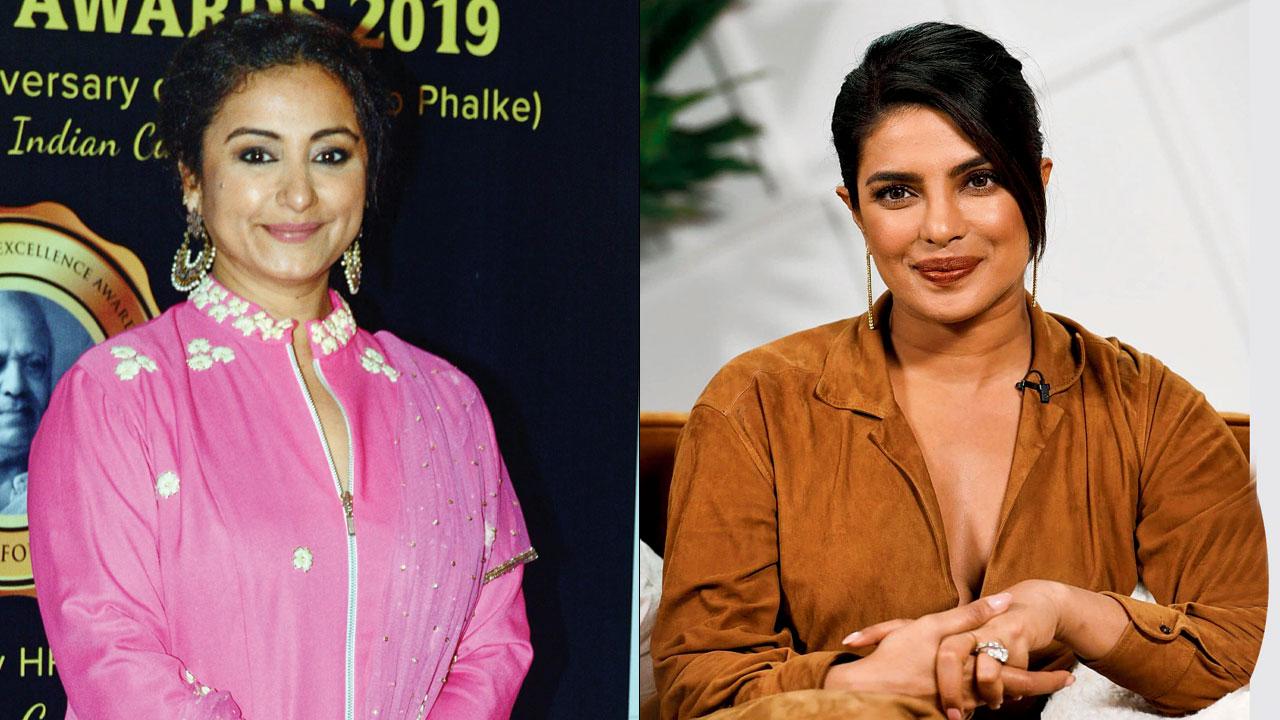 It was a low-key nikah ceremony at her Birmingham home. In 2017, PeeCee had caught up with the human rights activist at an event in New York aimed at the importance of educating the girl child. Dutta featured in the film Gul Makai (2020), based on Yousafzai’s life and times.

To part or not? 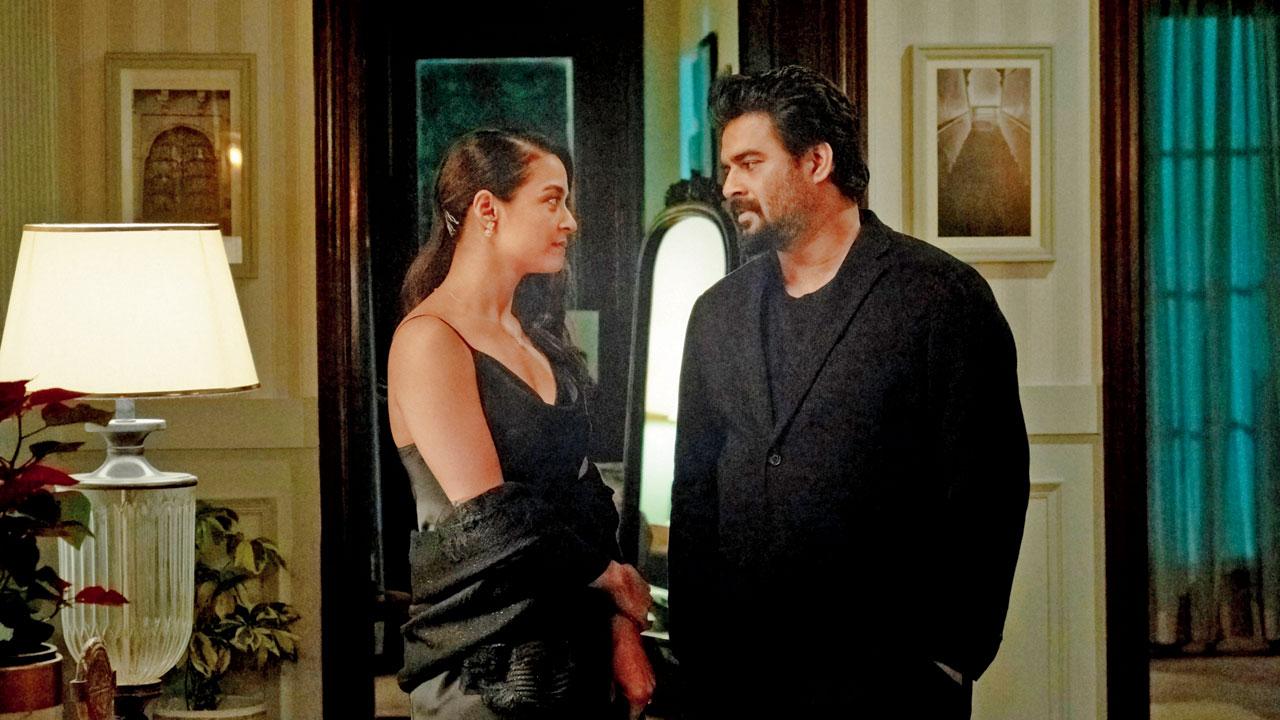 On Wednesday, the trailer of R Madhavan and Surveen Chawla’s Decoupled was unveiled, which drops on Netflix next month. They play a couple on the brink of divorce who wonder if they should or should not. Maddy plays the outspoken pulp fiction writer Arya, and Chawla, his calm, composed corporate CEO wife Shruti. Hardik Mehta’s directorial venture is written by journalist-author Manu Joseph. The comic caper also stars veteran theatre and television actor Apara Mehta.

Also Read: Have you heard? Salman Khan accused of being biased towards Simba Nagpal 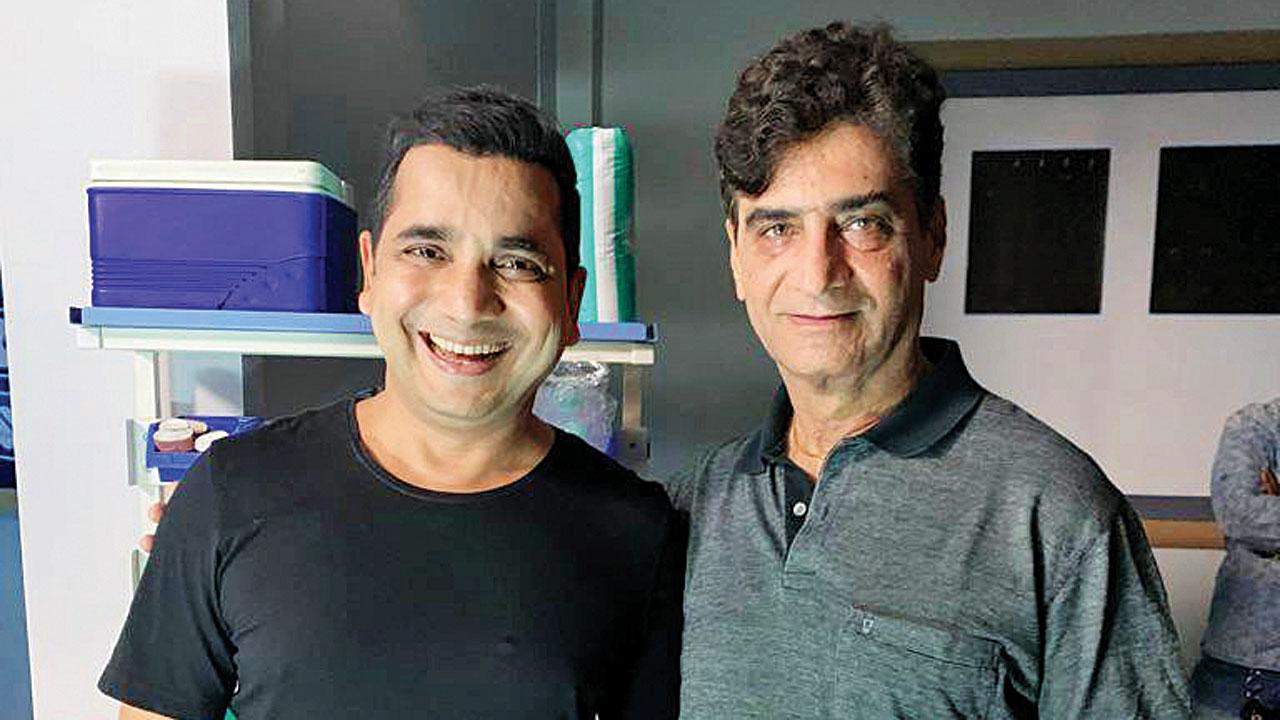 After the Rajkummar Rao and Kriti Sannon-starrer Hum Do Hamare Do, Saanand Verma will be seen in Thank God featuring Sidharth Malhotra, Ajay Devgn and Rakul Preet Singh. The Bhabi Ji Ghar Par Hai actor says, “I was sceptical about doing a small role, but director Indra Kumar was keen. He has promised me a bigger role in the future.” 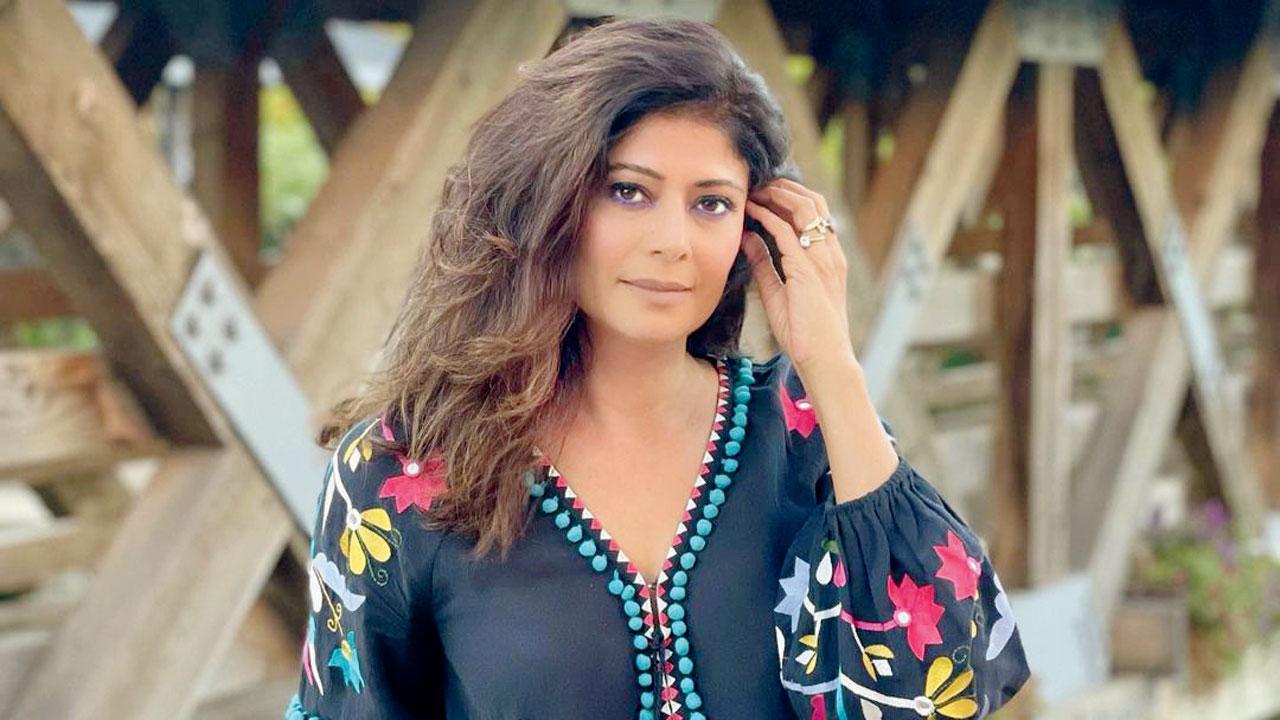 Last seen in Mirror Game (2017), Pooja Batra is back with Squad. Nilesh Sahay’s actioner is the lauchpad of Danny Denzongpa’s son, Rinzing. “I had moved to the other side of the world. I was in Los Angeles all this time. That’s why you didn’t see me,” says Batra, best remembered for Priyadarshan’s Virasat (1997) and David Dhawan’s Haseena Maan Jayegi (1999). “Nilesh had written the character of Nandani Rajput with me in mind. I loved the script,” she says about her role in the film, which drops on ZEE5. Batra wed actor Nawab Shah in 2019. She was earlier married to LA-based orthopaedic surgeon Sonu S Ahluwalia. They parted ways in 2011.

Who deserved it more? 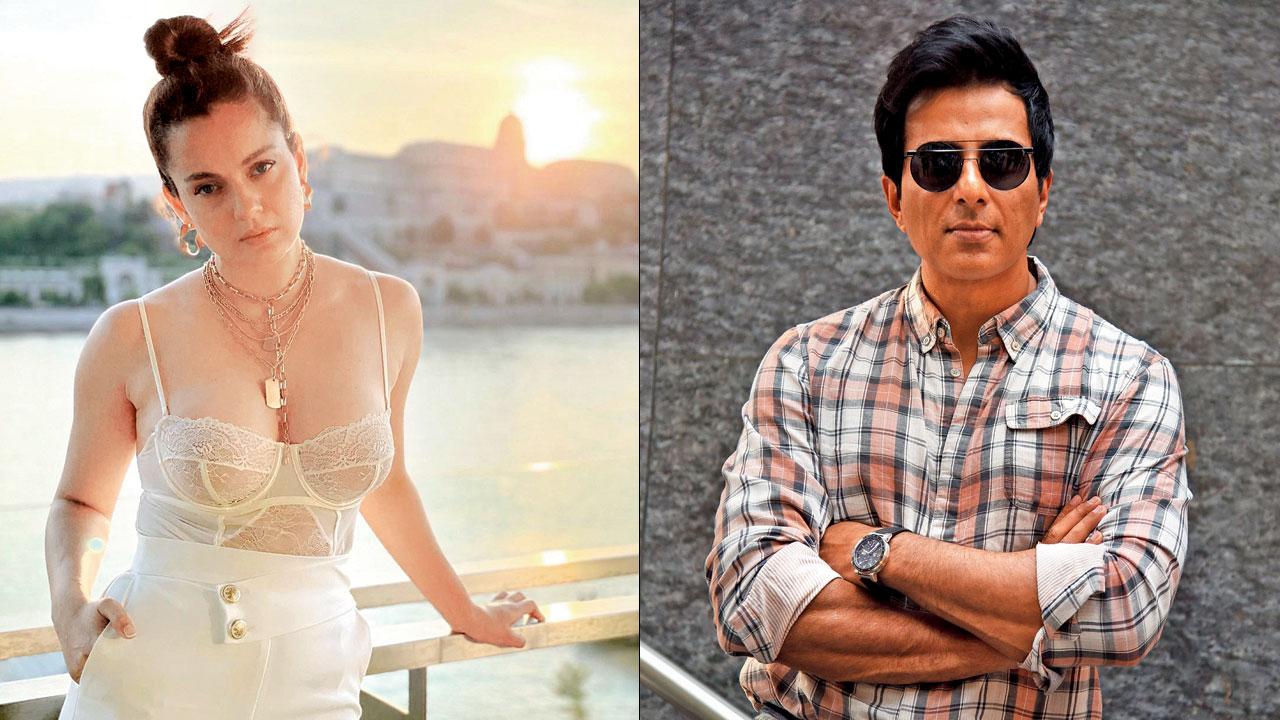 A war of words has erupted on Twitter over Kangana Ranaut bagging the Padma Shri, and not Sonu Sood. Fans of Sood wonder why he was ignored despite his “exemplary role” in helping the migrants during the pandemic and the continued support to the needy. “He arranged buses for migrant workers to go back home, flights for students stuck overseas, hospital beds and oxygen cylinders for the needy. Despite this, he was accused of pulling off nothing but a ‘PR stunt’, called a ‘fraud’, and his house raided for alleged tax evasion,” posted an admirer. They feel he was sidelined for not being a “political ally” like Ranaut. 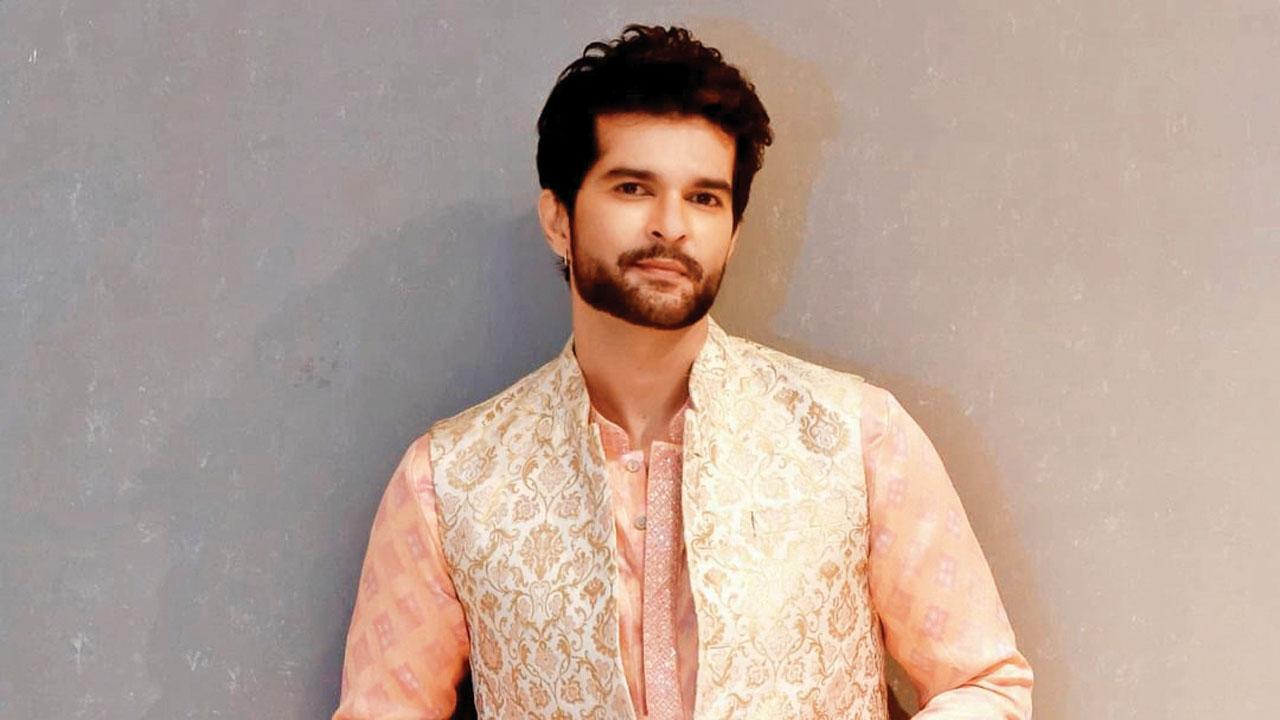 Days after he stepped into Bigg Boss 15 as a wild card contestant, Raqesh Bapat exited the show due to a medical emergency. On Tuesday, after the actor experienced unbearable pain, he was rushed to a hospital from the set at Film City, Goregaon. He has been diagnosed with kidney stones. Bapat was keen to surprise rumoured girlfriend Shamita Shetty, a contestant on the Salman Khan-hosted reality show. 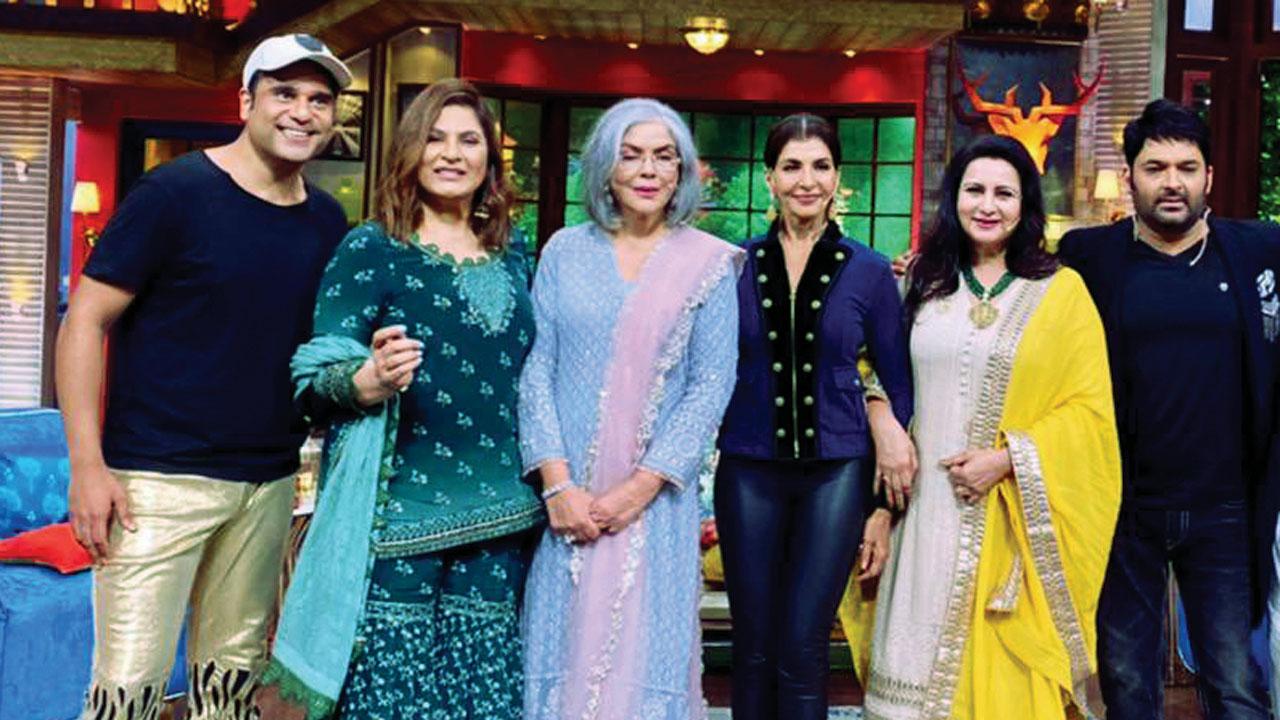 Zeenat Aman, Anita Raaj and Poonam Dhillon come together to recreate the Bollywood of the ’80s on The Kapil Sharma Show. The three veteran stars will reveal unheard tales of their era on the sketch comedy. Host Kapil Sharma and judge Archana Puran Singh spare no moment to make the episode fun and lively with the trio as Sharma regales them with their chartbusters. 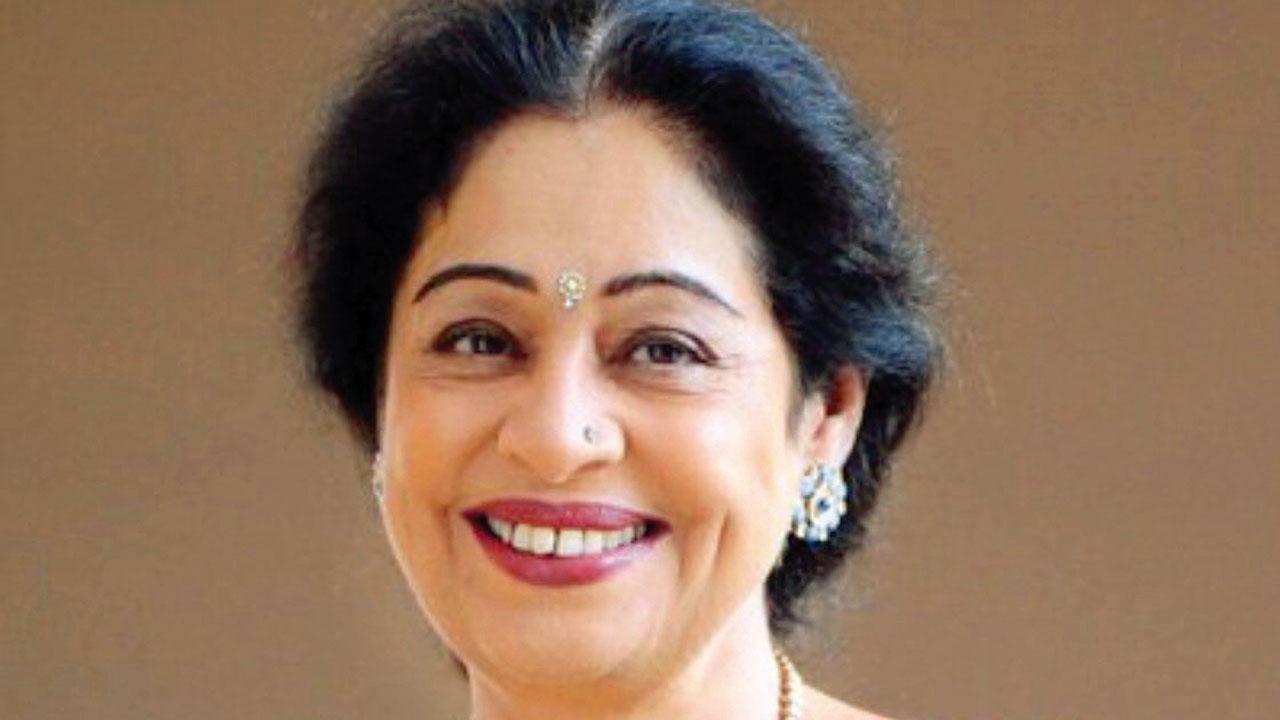 Kirron Kher joins Shilpa Shetty Kundra and Badshah as a judge on India’s Got Talent. The veteran actor considers it homecoming as she has been part of the reality show ever since its first season in 2009. It marks her first assignment after she was diagnosed with cancer late last year. In April, husband Anupam Kher announced that she was detected with multiple myeloma — a type of blood cancer. Kher is now doing well and on the road to recovery.

Also Read: Have you heard? Katrina Kaif-Vicky Kaushal made their relationship official?

Next Story : Kay Kay back with the prequel to Special Ops